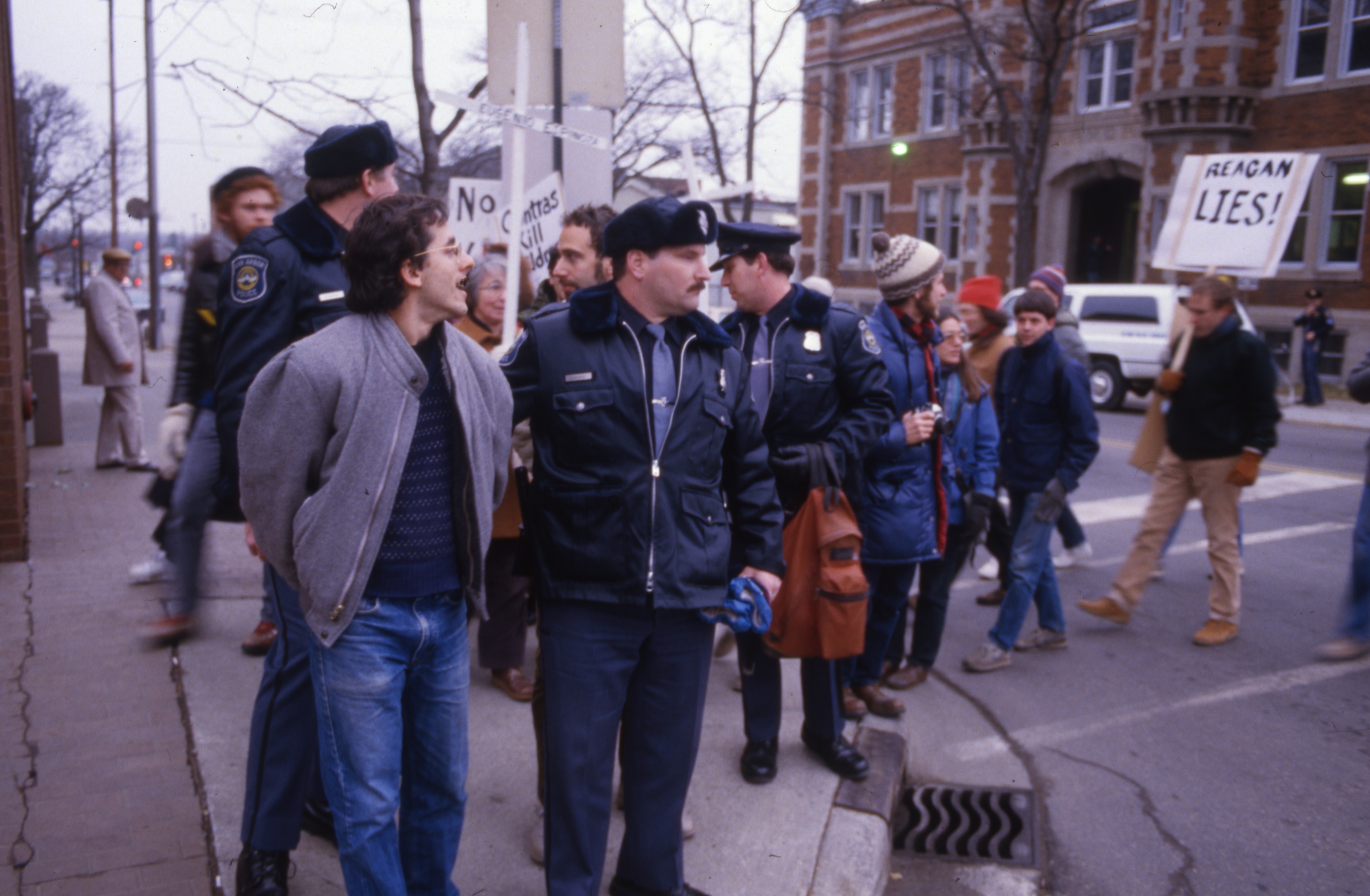 Published In
Ann Arbor News, January 9, 1987
Caption
Arrested - Police arrest former congressional candidate Dean Baker and his campaign manager Mark Weisbrot Thursday after the pair refused to leave the National Guard Armory on East Ann Street during a protest against "U.S. intervention in Central America." They were released but may be charged if warrants are authorized. About 30 protestors from the Latin American Solidarity Committee, Amistad, HAP-NICA and other groups took part. "The protests . . . have targeted the National Guard Armory because of the guard's role in the military build-up in Honduras," said a protestors' flyer. The handout said the action was the first of weekly protests. Weisdrot said Guardsmen trained in Honduras last year, but officials so no Michigan Guardsmen will be taking part in maneuvers scheduled in Honduras this winter and spring.
Month
January
Year
1987
Rights Held By
Donated by the Ann Arbor News. © The Ann Arbor News.
Copyright
Copyright Protected