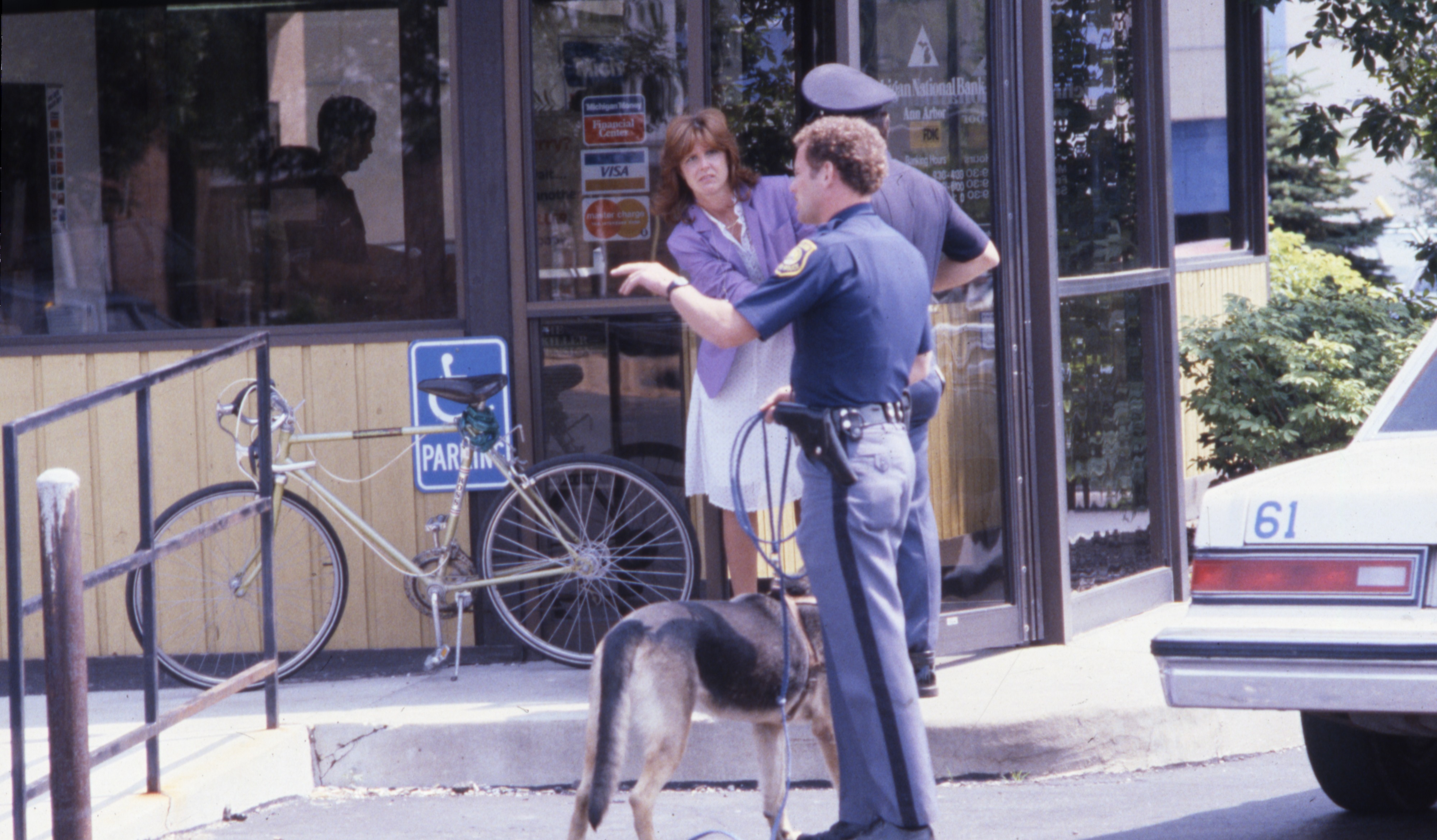 Published In
Ann Arbor News, June 21, 1984
Caption
Bank Robbed - Police question an employee of the Michigan National Bank at 2180 Stadium Blvd. in Ann Arbor shortly after it was robbed at about 3 p.m. Wednesday. Police called to the bank included a state police dog-tracking unit. Officers said a man with a small caliber handgun escaped on foot with an undisclosed amount of cash. No one was injured. The robber, a white male with sandy hair, was reported to be wearing a blue, hooded sweatshirt with a white hat underneath the hood, dark pants and mirrored sunglasses. He appeared to be about 35 - 40 years old and weighed about 160 pounds, police said.
Month
June
Year
1984
Rights Held By
Donated by the Ann Arbor News. © The Ann Arbor News.
Copyright
Copyright Protected