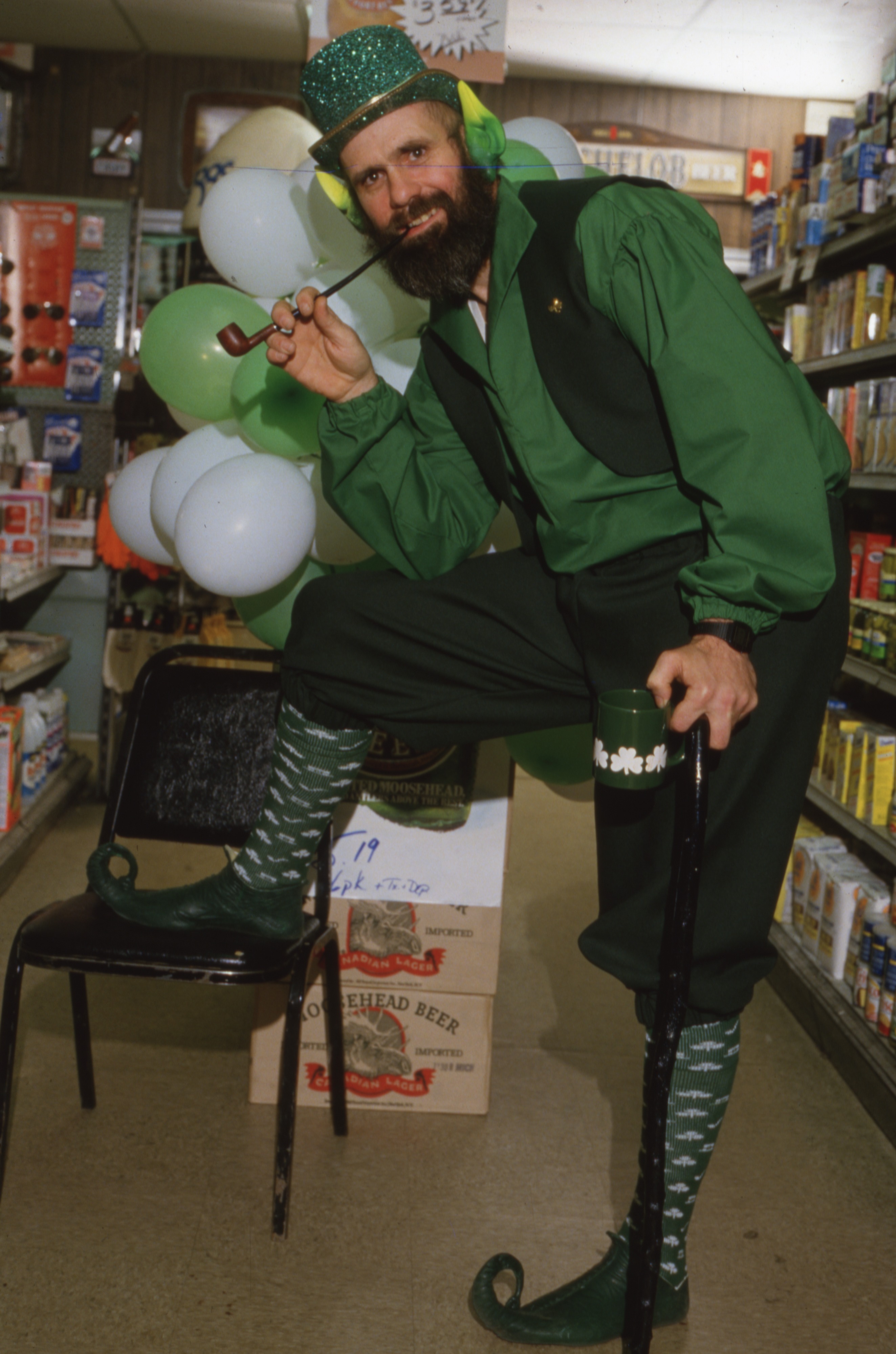 Published In
Ann Arbor News, March 17, 1985
Caption
TOP OF THE MORNIN' - Patrick Gannon, dressed as a leprechaun, will greet customers who walk into his store this morning with a wave of his shillelagh and a pretzel for the kids. "The idea was to get everybody excited about St. Patty's day, even though it's on Sunday," said the all-Irish Gannon, owner of Falsetta's Market, 2200 Pittsfield Blvd. He worked up to it gradually, starting with a hat on Monday and adding a piece of the costume each day. "I had the pipe, then the ears and by Friday I had the full get-up," said Gannon, whose pantaloons and blouse were made by his wife, Jennifer, and his mother, Elizabeth. The shoes, fake ears and long-stemmed pipe were discovered by Gannon's sisters Pat Burns and Jackie Gannon, who manage the store. "The beard is mine and the hat covers my bald head," said the 42-year-old Gannon. Customers Friday and Saturday did double takes upon seeing the 6 feet 2 inch gnome, and sister Jackie promises he'll be back for Easter as a bunny.
Month
March
Year
1985
Rights Held By
Donated by the Ann Arbor News. © The Ann Arbor News.
Copyright
Copyright Protected
Related
Top Of The Mornin'