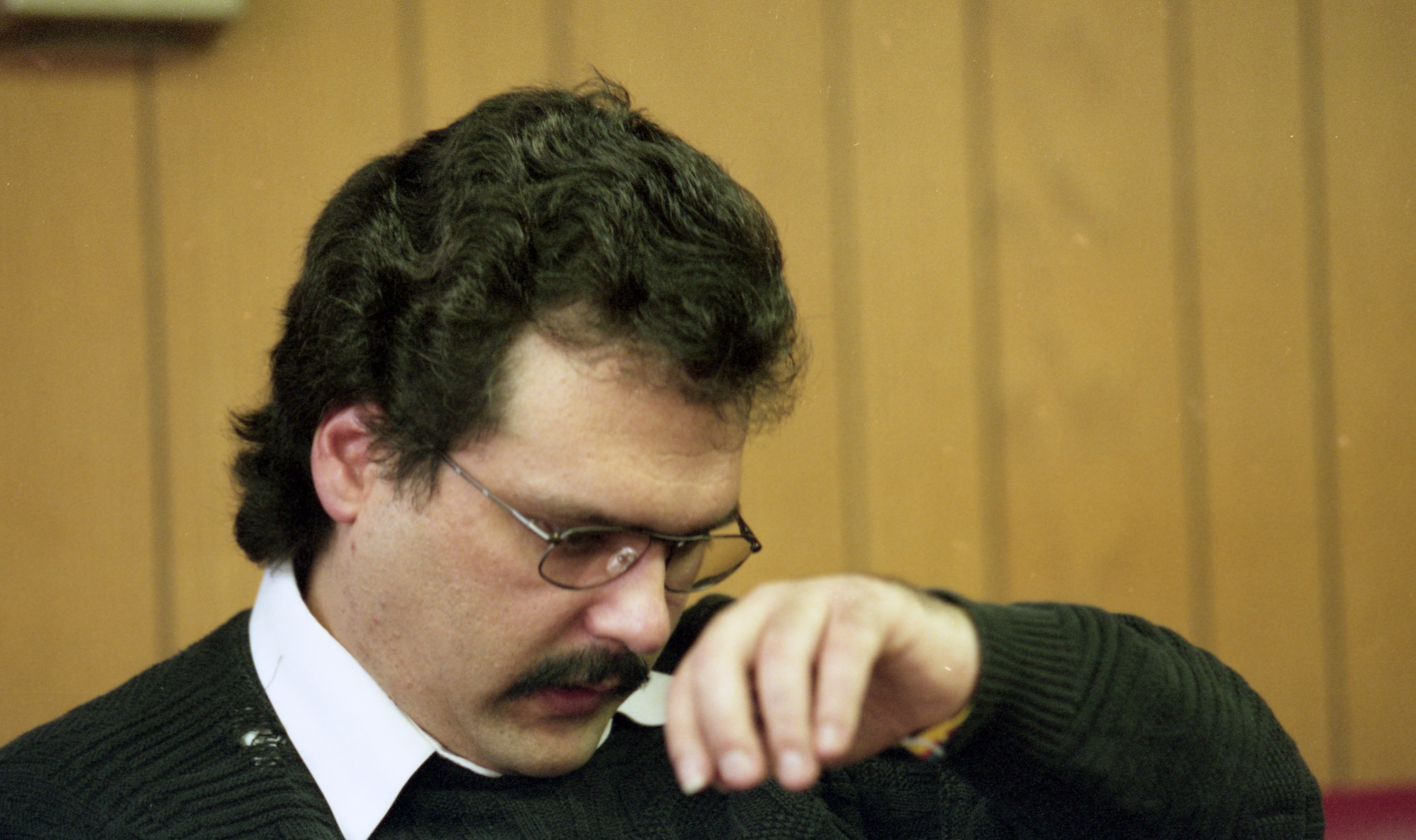 Published In
Ann Arbor News, March 13, 1998
Caption
David Pepper demonstrates in court Thursday how he put his left hand under his forehead just before he was shot in a robbery last year. He appeared at a preliminary hearing for Werner Gerald Isaac Jr., accused of being an accomplice in the robbery-shooting in which Pepper was wounded and two others died.
Month
March
Year
1998
Rights Held By
Donated by the Ann Arbor News. © The Ann Arbor News.
Copyright
Copyright Protected
Related
Shooting victim Pepper names gunman