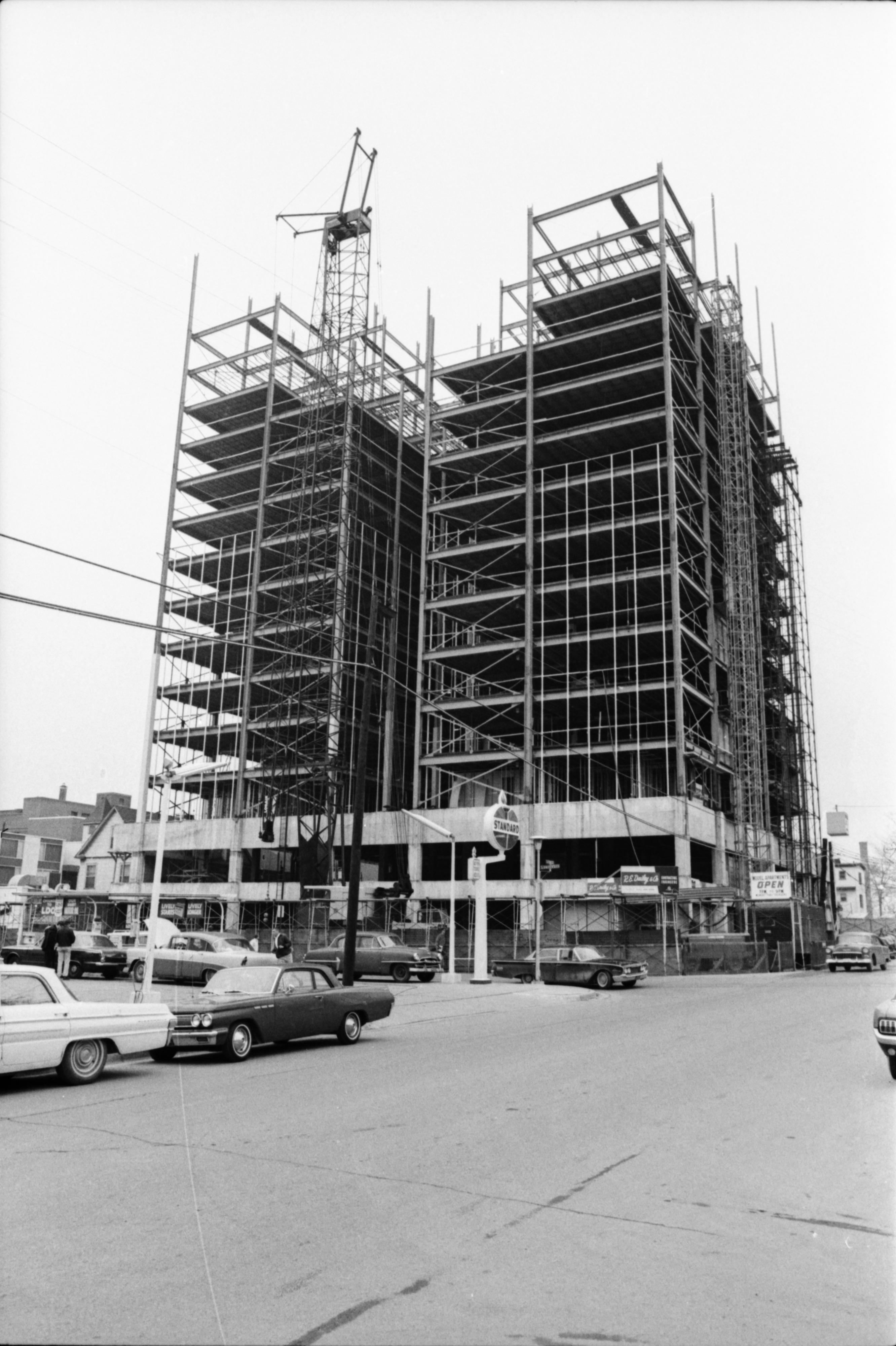 Published In
Ann Arbor News, April 27, 1965
Caption
Typical of high-rise buildings or building plans which have stirred controversy in Ann Arbor in recent months is University Towers, which will be the city's tallest building and a giant among midgets in the University shopping area. The 18-story structure, shown with slightly more than half of its steel framework up, was challenged unsuccessfully by other developers shortly after ground was broken and was a factor in City Council consideration of a 15-story limit on high-rise buildings. Its "neighbors" in the S. University-Forest Aves. area are for the most part two stories high.
Month
April
Year
1965
Rights Held By
Donated by the Ann Arbor News. © The Ann Arbor News.
Copyright
Copyright Protected
Related
High-Rising Controversy