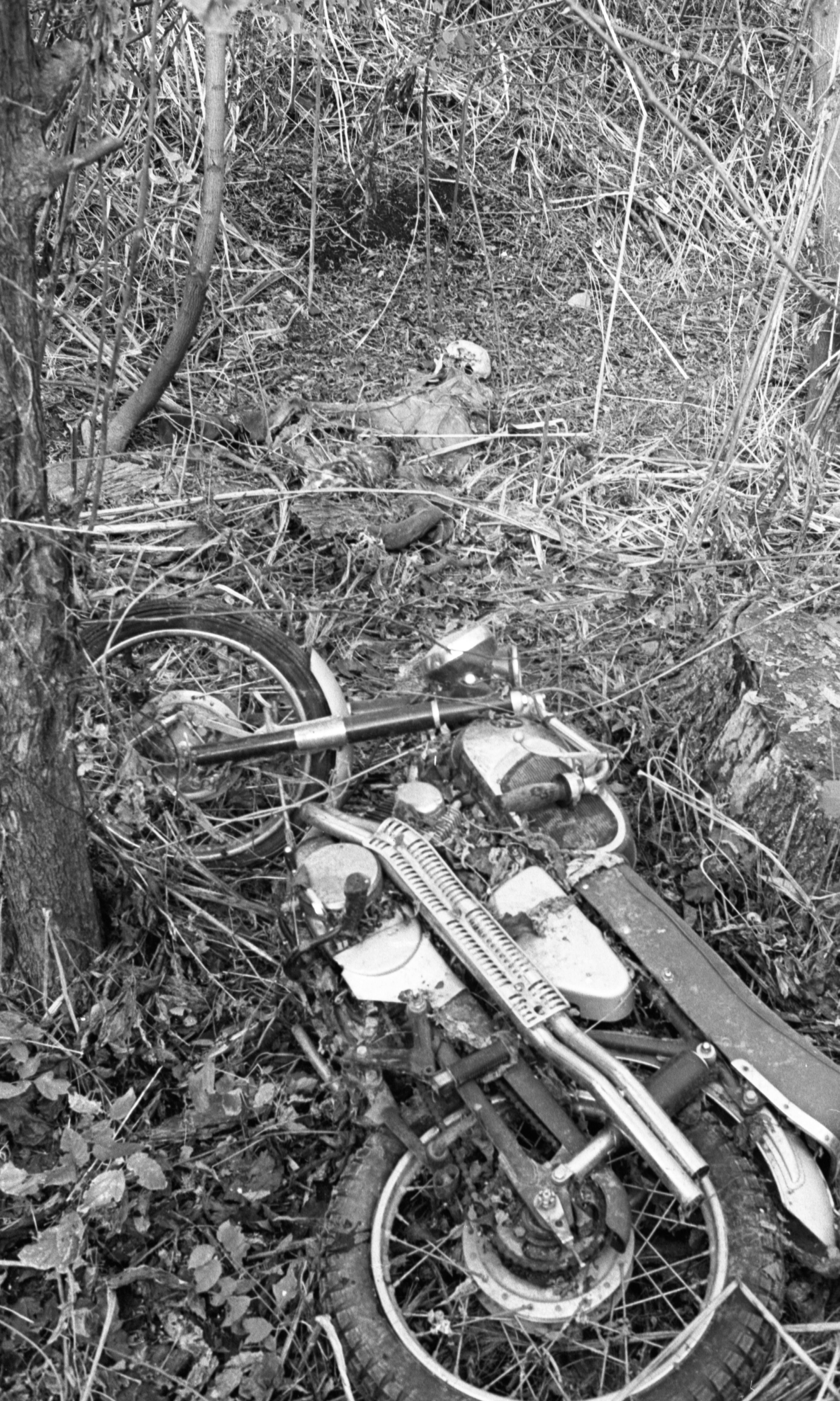 Published In
Ann Arbor News, October 27, 1968
Caption
A human skeleton (top center) and motorcycle were found by a hunter Saturday in a densely wooded section off the 2400 block of S. State Rd. The skeleton, city police and sheriff's deputies believe, is that of a young rider who apparently lost control of his cycle on State and crashed into the underbrush several months ago. No identification was released by the police agencies.
Month
October
Year
1968
Rights Held By
Donated by the Ann Arbor News. © The Ann Arbor News.
Copyright
Copyright Protected
Related
Death In The Woods