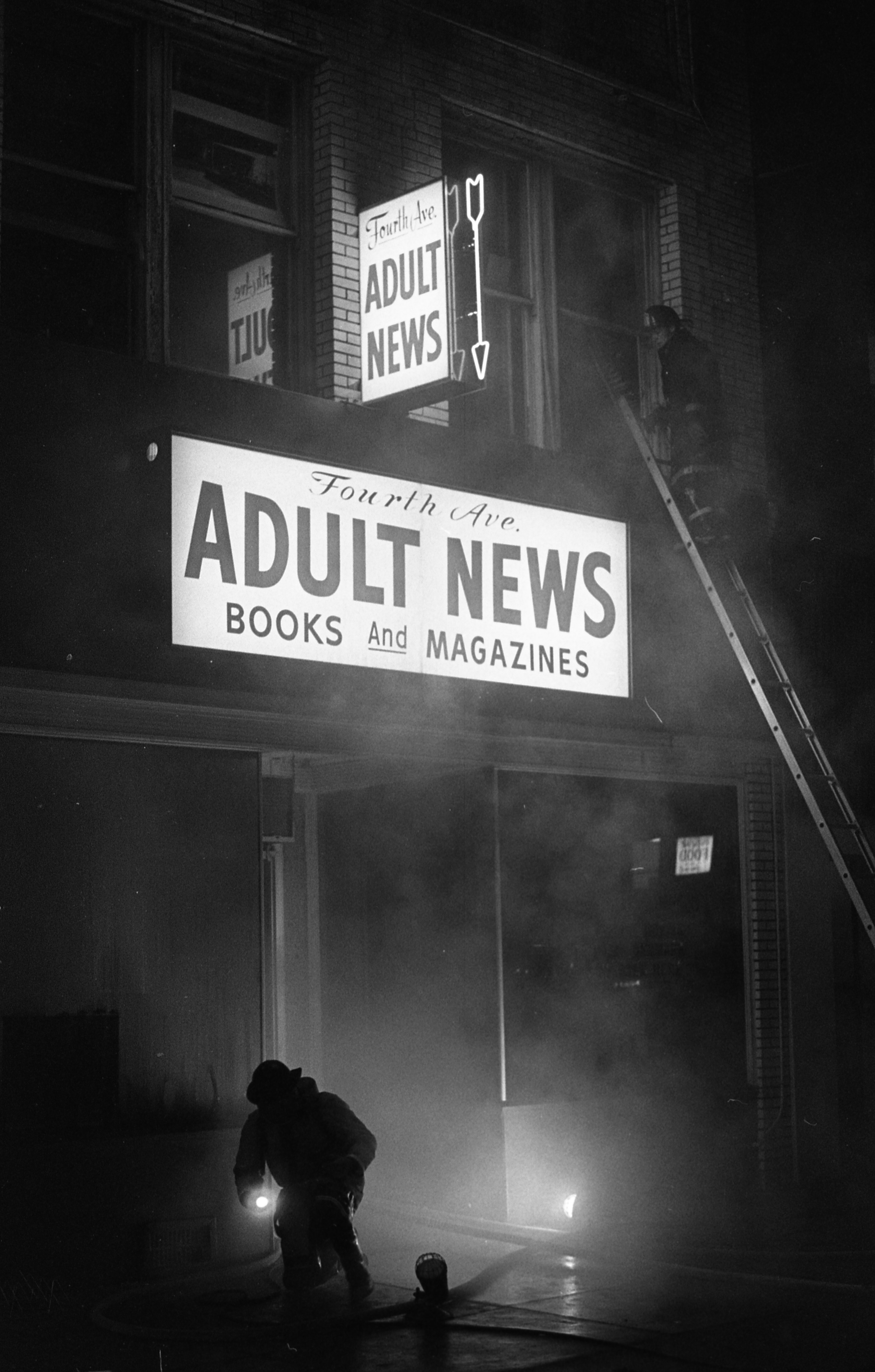 Published In
Ann Arbor News, March 2, 1974
Caption
Hot News - An Ann Arbor fireman breaks out a second-story window while extinguishing a blaze at the Fourth Avenue Adult News bookstore, 217 S. Fourth, Friday night. Police and fire department officials suspect arson because at least two fires were set in the movie viewing booths at the back of the store about 9 a.m. A number of books were destroyed and there was some structural damage to the building, but no injuries were reported. The investigation is continuing. (News Photo By Doug Fulton)
Day
1
Month
March
Year
1974
Rights Held By
Donated by the Ann Arbor News. © The Ann Arbor News.
Copyright
Copyright Protected