Close-up of Alley From Liberty to Washington Street, July 1964 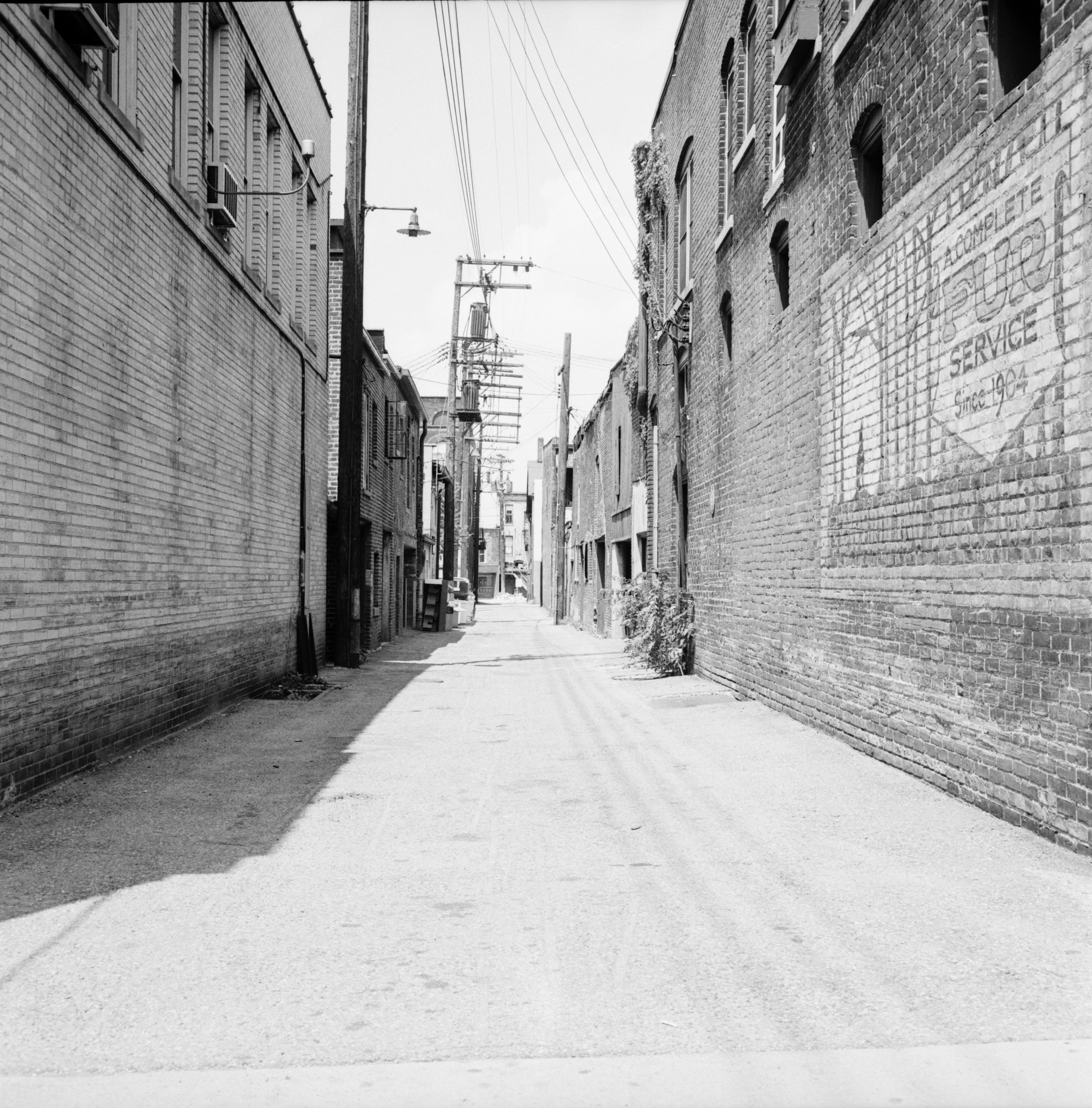 Published In
Ann Arbor News, July 15, 1964
Caption
CLEAN AND NEAT: This Liberty-to-Washington alley between S. Fourth and S. Fifth Aves. has attracted comment as one of the cleanest ones downtown. A few empty boxes and a sumac tree that forced its way through the pavement are the only evidence of "disorder." Although drab, the alley is in contrast to some trash-ridden ones that are breeding grounds for rodents and pointed to as unhealthful by the city as well as in violation of an anti-litter ordinance. Violators of the ordinance are subject to citation and a municipal court hearing. That warning was issued by the Police Department during Cleanup, Paintup, Fixup Month in June, when the city made pleas to businessmen, industry and residents to beautify their properties year-around. The warning has been heeded by many around the city.
Day
15
Month
July
Year
1964
Rights Held By
Donated by the Ann Arbor News. © The Ann Arbor News.
Copyright
Copyright Protected
Related
View of Alley From Liberty to Washington Street, July 1964