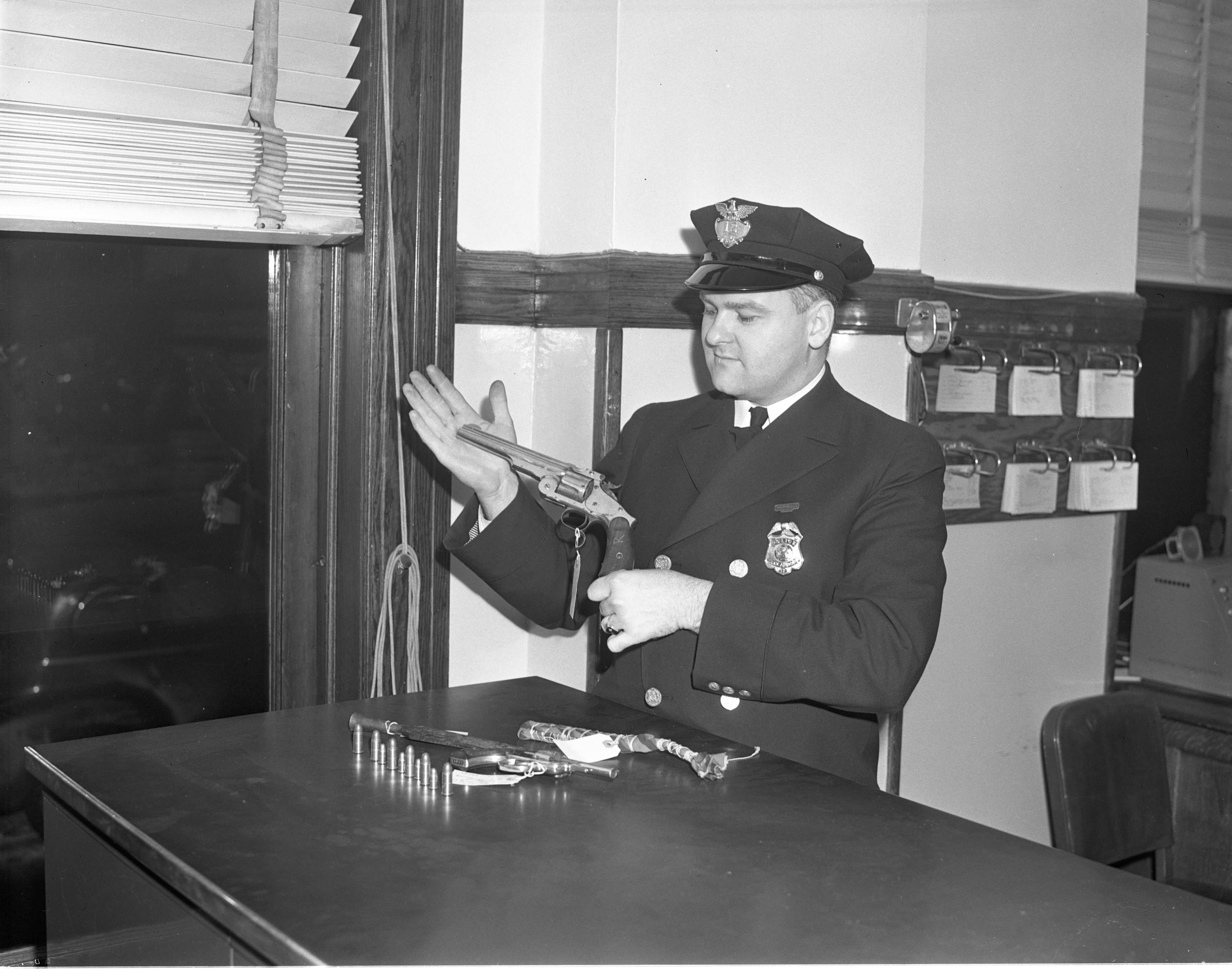 Published In
Ann Arbor News, January 13, 1941
Caption
ON THE RIGHT END OF GUN: Patrolman Rolland J. Gainsley felt a bit relieved when he had the old-fashioned but highly powerful .44 caliber revolver, which he is shown examining, in his own hands. Raymond J. Nowicki, a confessed house burglar who was arrested along with Ambrose Samuel DeHaven Saturday night by Officer Gainsley, later said he would have used the weapon if the patrolman had not got the
Month
January
Year
1941
Rights Held By
Donated by the Ann Arbor News. © The Ann Arbor News.
Copyright
Copyright Protected
Related
Employe Of Store Arrested After Robbery Attempt