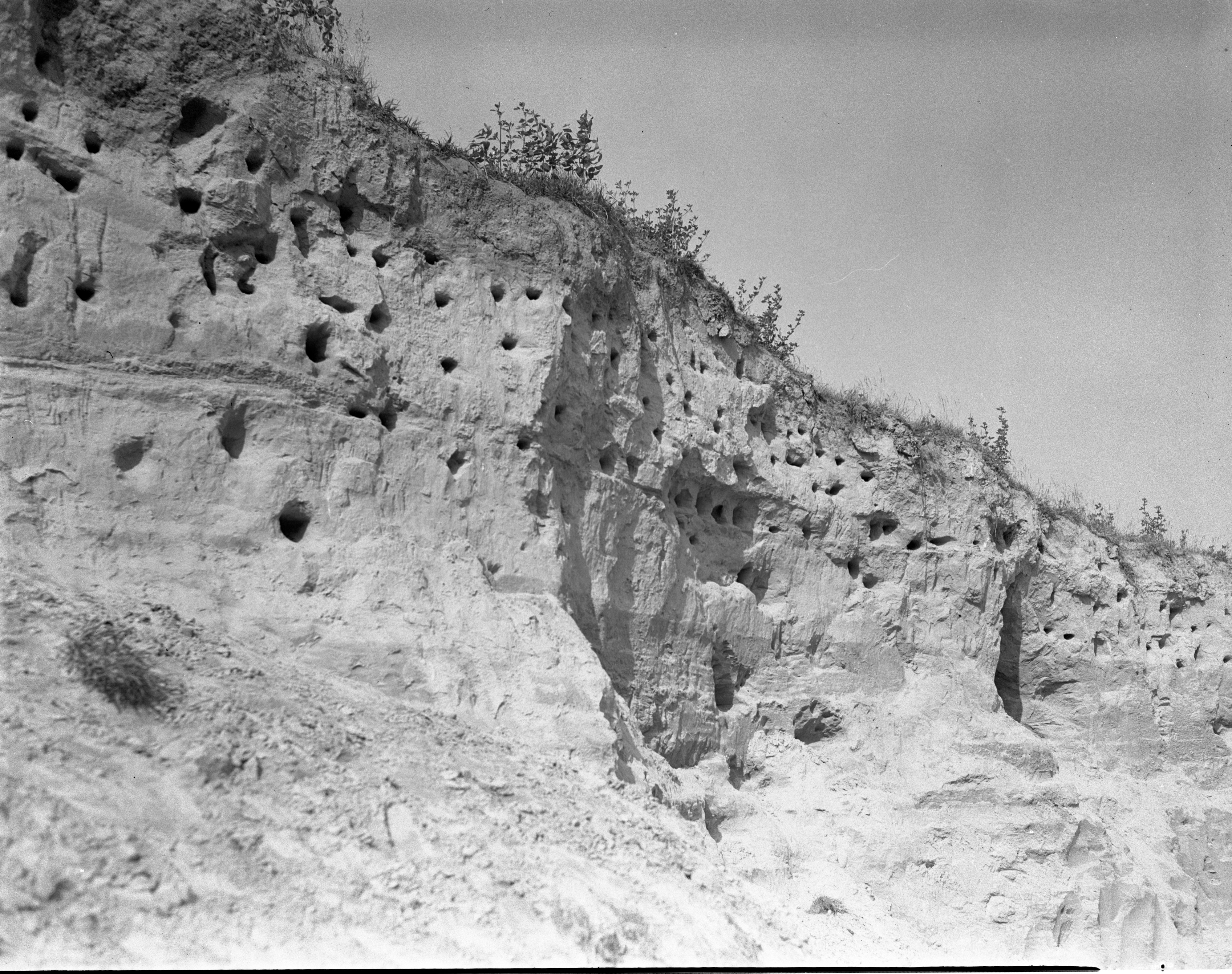 Published In
Ann Arbor News, June 7, 1941
Caption
Swallow City, which resembles an underground air defense system and which is threatened with destruction by recent city council action to level the bank in which it is located, may be saved. Neighborhood residents have launched a move to ask the council to place a fence around the bank instead. Fear that children might be caught in a cave-in while playing in the bank prompted its proposed removal. The holes which perforate the bank are homes of hundreds of swallows. They resemble a network of underground airplane hangers where the birds take off and land at full speed.
Month
June
Year
1941
Rights Held By
Donated by the Ann Arbor News. © The Ann Arbor News.
Copyright
Copyright Protected
Related
Bird Lovers Seek To Preserve Swallow City
Ye Old Editor Has His Say