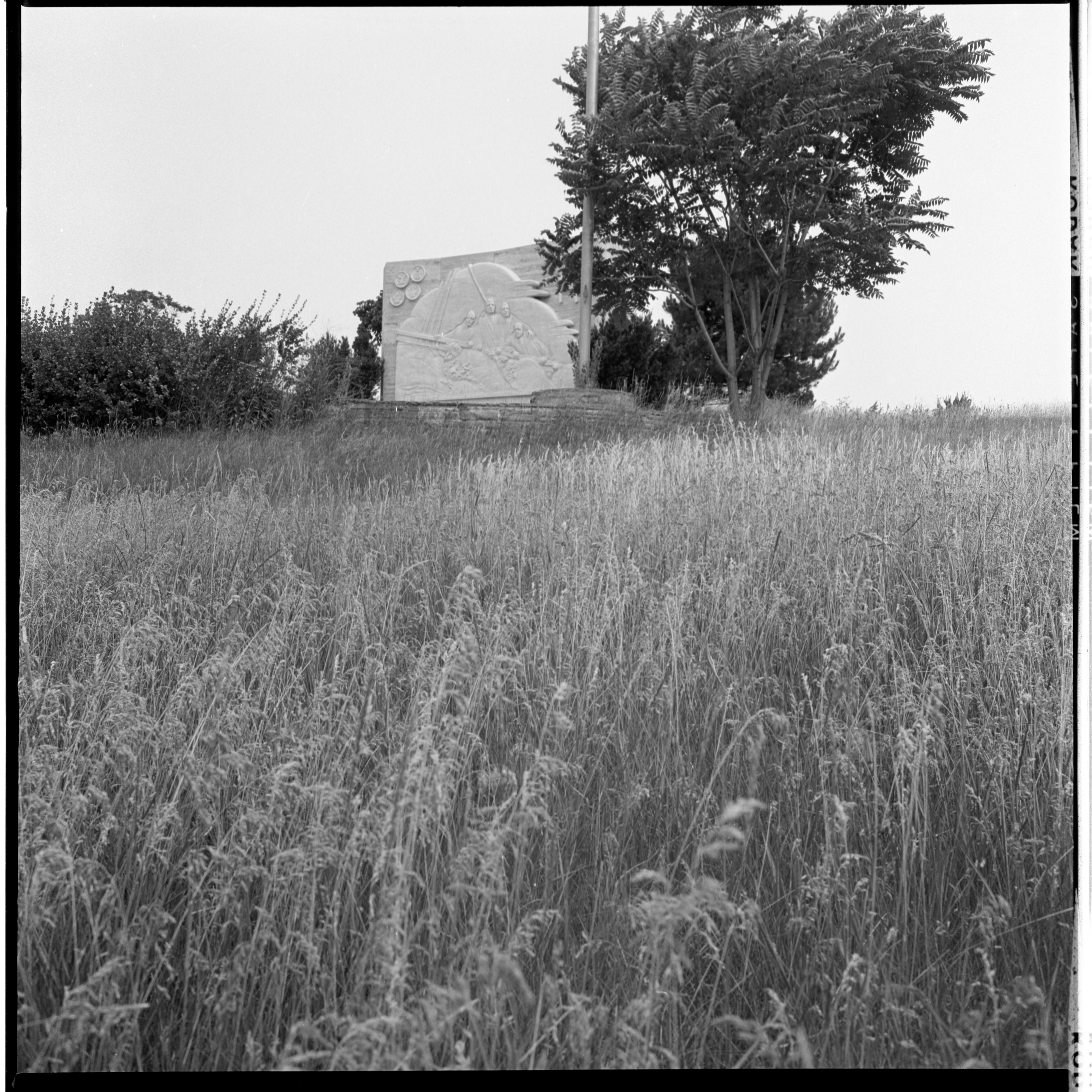 Published In
Ann Arbor News, July 11, 1966
Caption
Arborcrest's 'Memorial Garden' In Weeds. This healthy crop of weeds dominates the "memorial garden" of the Four Chaplains in Arborcrest Cemetery. The subject of a court battle started in 1961, the cemetery is supposed to be maintained under court order during the lawsuit which seeks to overturn the sale of most of the original 77-acre cemetery to the University. This "garden" and several others remain in the 17-acre parcel that still constitutes the cemetery under the sale agreement. Circuit Judge James R. Breakey Jr. said on June 21 that he would dictate an opinion ending the lengthy suit "within a week or two" unless all parties reached agreement before then. Neither a court opinion nor a settlement has come. (Other pictures on Page 29)
Month
July
Year
1966
Rights Held By
Donated by the Ann Arbor News. © The Ann Arbor News.
Copyright
Copyright Protected
Related
Arborcrest's 'Memorial Garden' In Weeds