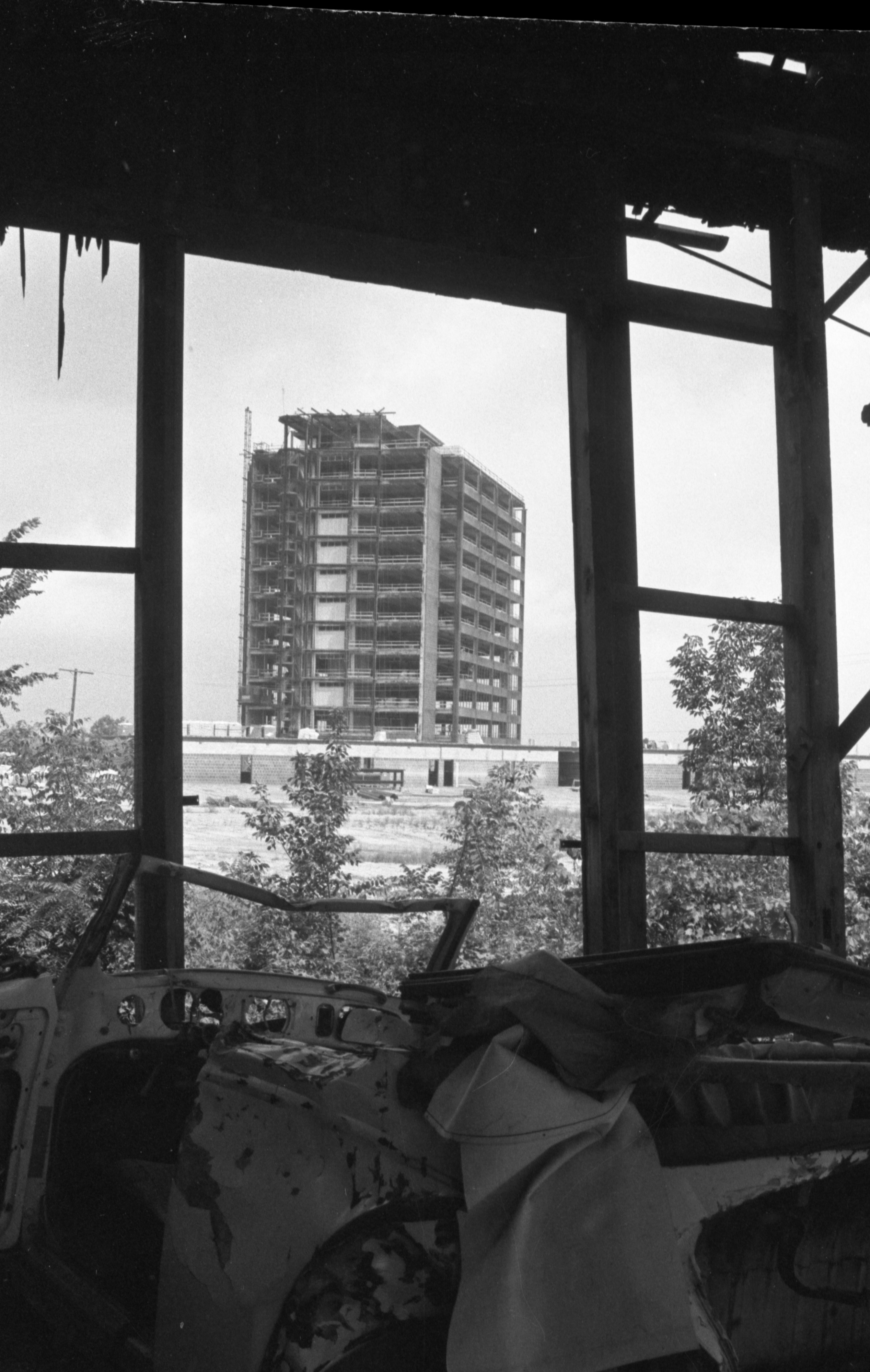 Published In
Ann Arbor News, August 14, 1973
Caption
The old frames the new in this picture taken from an old barn just south of an 11-story office building, Wolverine Tower, on S. State near the I-94 interchange and the Briarwood Shopping Center. The decaying timbers are a reminder of when this part of the Ann Arbor area was mostly fields and barns. Now it is an area of heavy construction which also includes the building of an apartment complex just north of Briarwood. A new section of Eisenhower Parkway is also being constructed just north of the office building, which is scheduled to open in early 1974. Briarwood is scheduled to open in October. (Ann Arbor News Photo by Jack Stubbs)
Month
August
Year
1973
Rights Held By
Donated by the Ann Arbor News. © The Ann Arbor News.
Copyright
Copyright Protected
Related
A Picture Of Then And Now