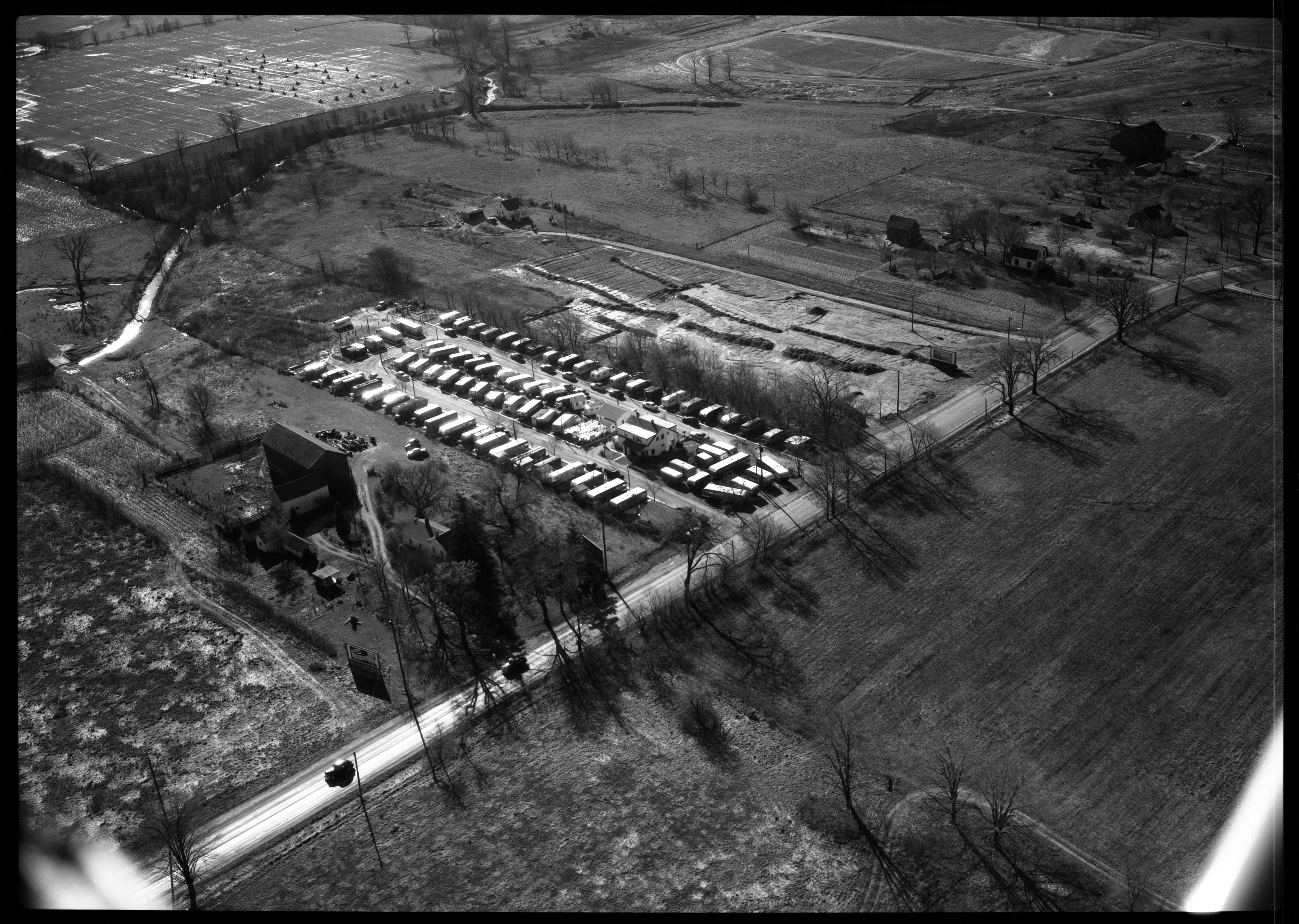 Published In
Ann Arbor News, November 24, 1951
Caption
An idea of the size of the Sunnyside Trailer Park on Packard Rd. with its 60-plus trailer coaches can be gained from this aerial photograph (top). Many of the trailer homes have leantos for added space. Not discernible are the many television aerials that dot the park. The 40-foot trailer coach (bottom) that is the home of the Paul T. Pohly family at Coachville Gardens Trailer Court on Carpenter Rd. illustrates the adequacy, despite limited open space, of such living quarters. Shown here is Mrs. Pohly and one of three children, four-year-old Richard. Behind them in a ceiling cabinet is a television set. A space heater is at the left, and nearby is a family size refrigerator. To the rear are two bedrooms.
Month
November
Year
1951
Rights Held By
Donated by the Ann Arbor News. © The Ann Arbor News.
Copyright
Copyright Protected