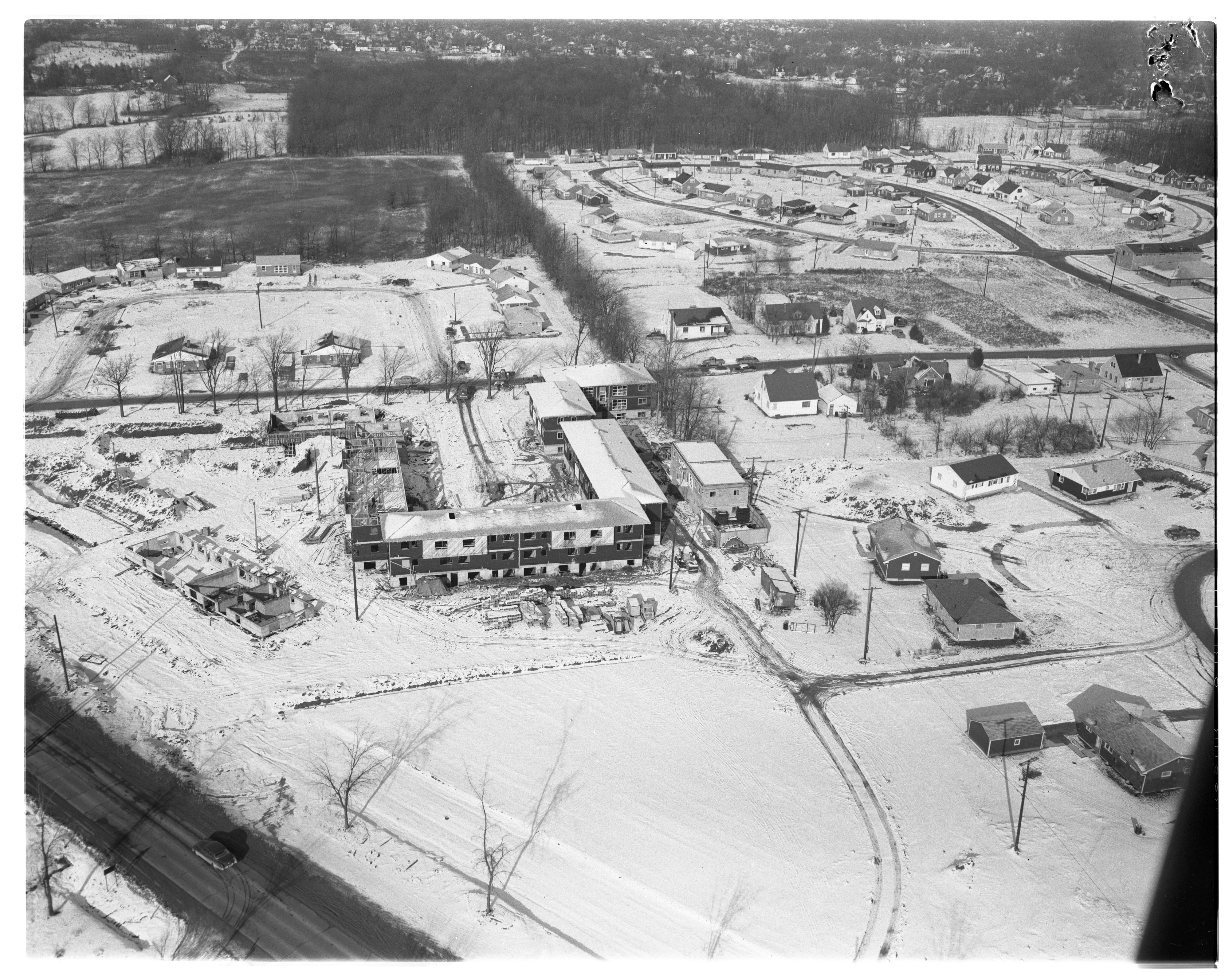 Published In
Ann Arbor News, January 8, 1955
Caption
Construction Progresses: Two of the six buildings which make up the 97-apartment Nob Hill project under construction at the southeast corner of W. Stadium and Pauline Blvds. have been roughed-in, and exterior brickwork is expected to begin next week. This aerial photograph taken by Dale Fisher of The News staff depicts the various construction stages of the $705,000 project. William F. Elder of Detroit, Nob Hill Builder, said the first apartments will be ready for occupancy in April. The completion date is set for September. Rental prices have not yet been set. The buildings will have hipped-roofs.
Month
January
Year
1955
Rights Held By
Donated by the Ann Arbor News. © The Ann Arbor News.
Copyright
Copyright Protected