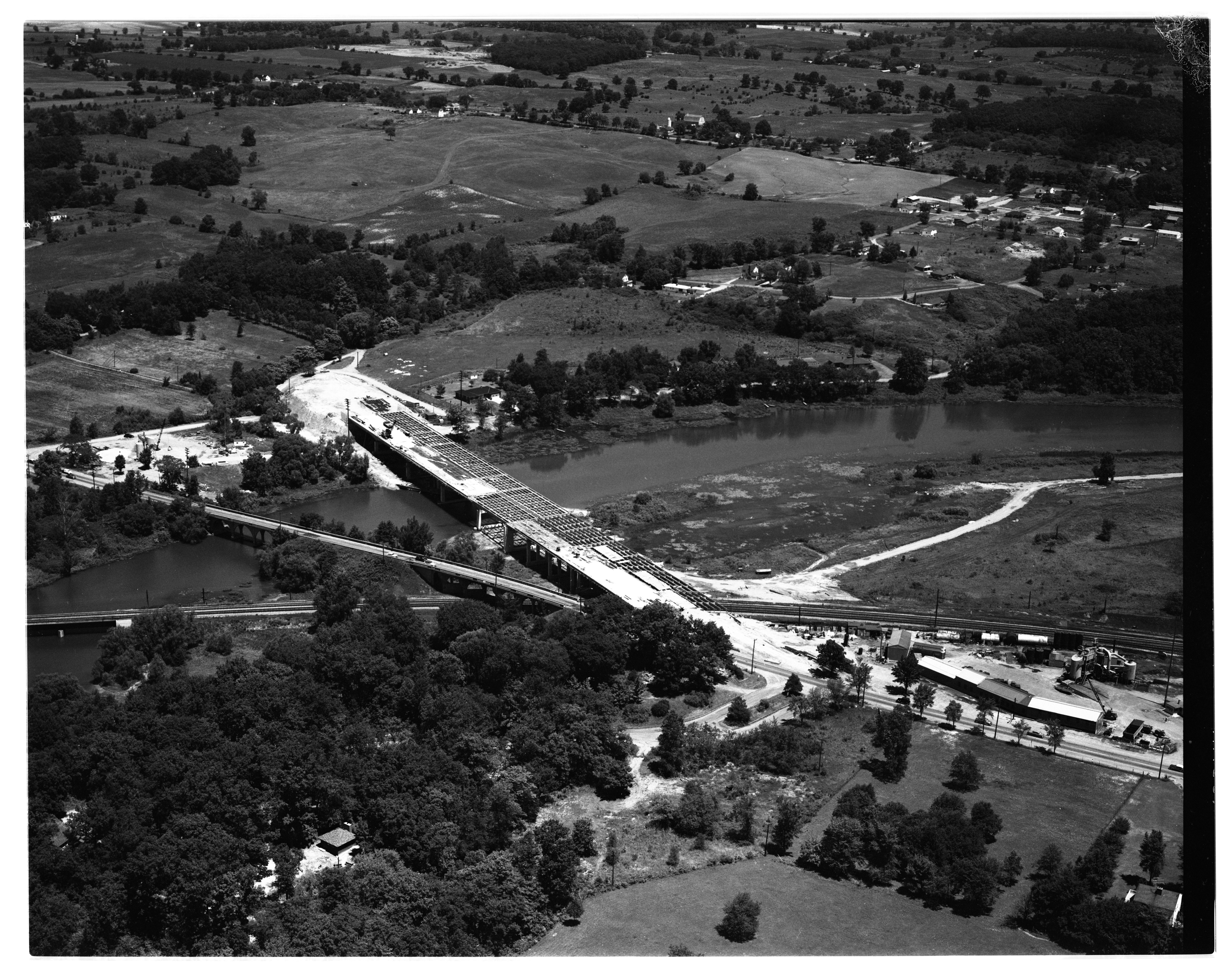 Published In
Ann Arbor News, July 8, 1955
Caption
Bridge Nears Completion: Construction on Ann Arbor's new Whitmore Lake Rd. (US-23) bridge, shown here next to the present span, is about 85 per cent completed. Guy L. Branscomb, superinterdent for Lansing contractor L. A. Davidson, said four lanes of the eight-lane structure will be completed by next Friday. He said the bridge over the Huron River and New York Central Railroad tracks at the northern edge of the city will be finished by Sept. 1. Work on the bridge, to be the first eight-lane structure in the state outside of the metropolitan area of Detroit, now is confined largely to the pouring of concrete for the roadways. Plans for building the highway approaches to the bridge have not been announced.
Month
July
Year
1955
Rights Held By
Donated by the Ann Arbor News. © The Ann Arbor News.
Copyright
Copyright Protected