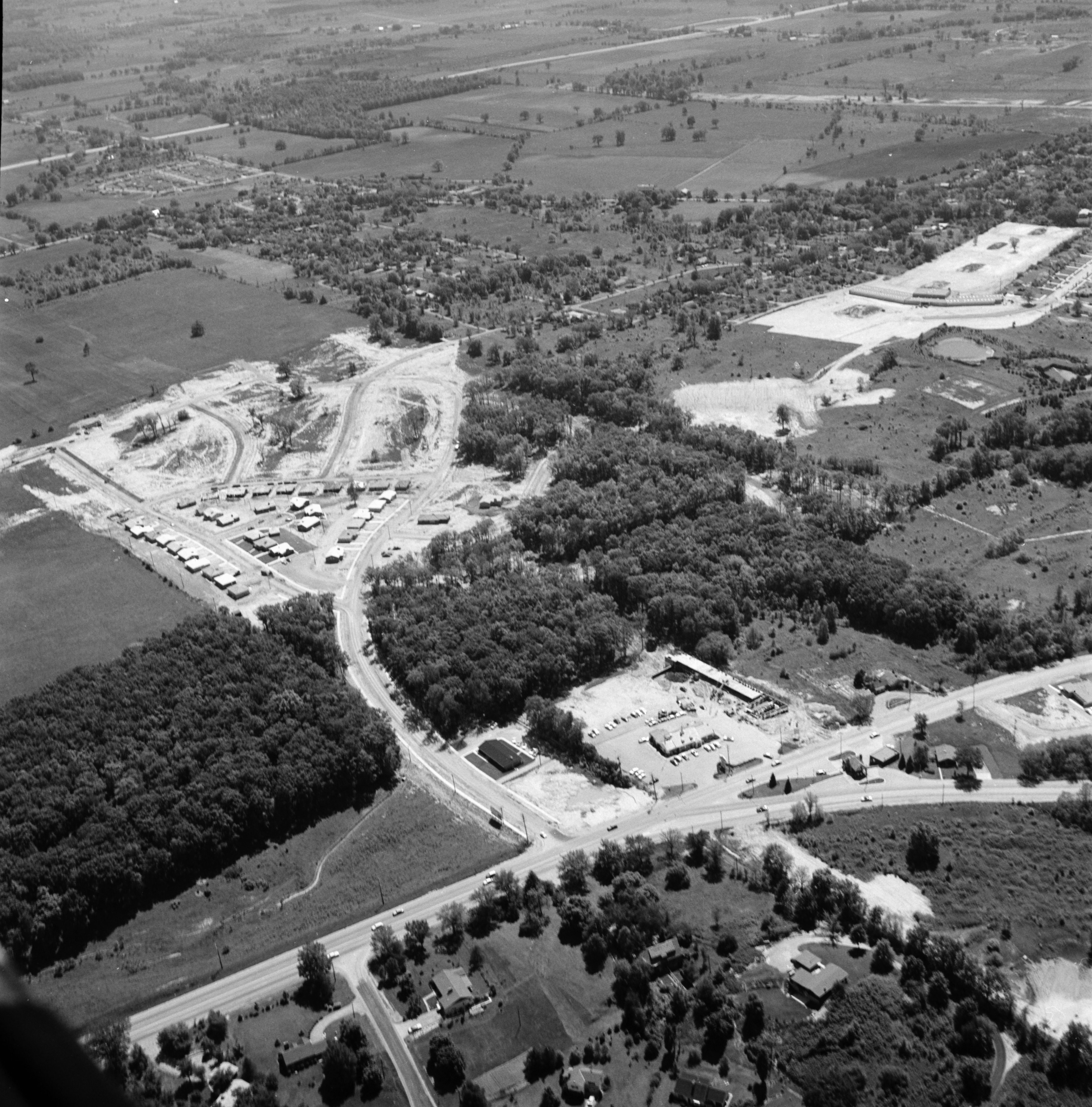 Published In
Ann Arbor News, June 15, 1957
Caption
Area of Change: There have been many changes along E. Stadium Blvd. near Washtenaw Ave. since last year at this time, as this aerial photograph reveals. Nearly 40 homes have been built by the Slavik firm of Detroit in Ann Arbor Woods. To the right of the Howard Johnson restaurant, just off Stadium near the bottom, is the first unit under construction of a new motel. It will be the Lampost Motel and will house 34 rooms. Builders Roberts and Brown expect to expand it to 67 units in the future. Ann Arbor Woods eventually will include 300 houses, so it appears as if there will be more changed here long before next year at this time. This also is the arch of a proposed shopping center disputed in City council meetings.
Month
June
Year
1957
Rights Held By
Donated by the Ann Arbor News. © The Ann Arbor News.
Copyright
Copyright Protected