Wildcat At The University Of Michigan Zoo, August 1952 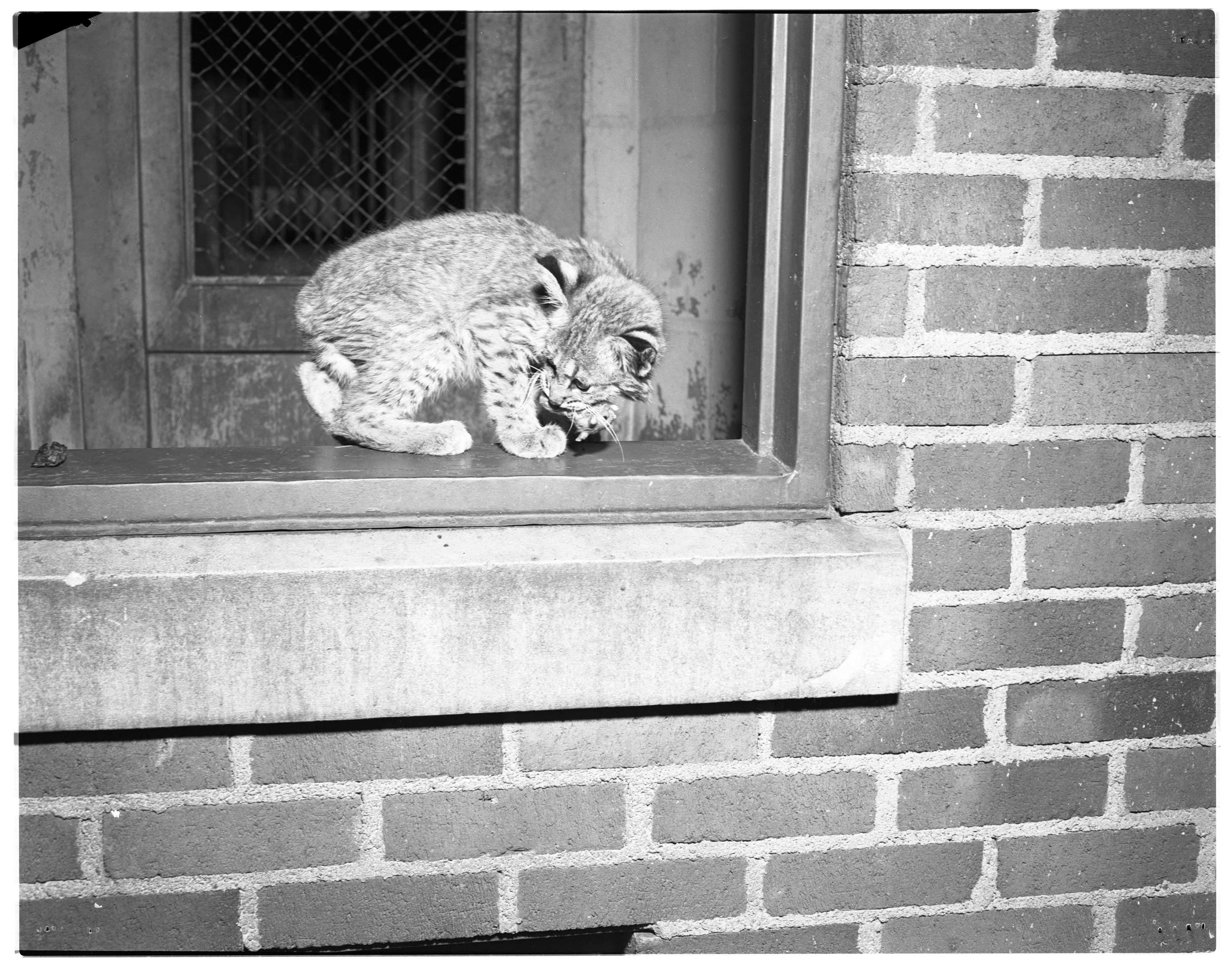 Month
August
Year
1952
Caption
This is no house cat. It's a genuine wildcat, about three months old, captured by a Berrien county farmer and shipped by the State Conservation Department to the University. The capture caused quite a buzz in conservation circles at first, because wildcats are unknown as far south as Berrien county. But the mystery was cleared up when another Berrien resident reported his "pet" wildcat, brought back from a western trip, was lost. He had neglected to take out a permit to keep the animal in captivity, however, so it looks as if the wildcat will find a permanent home in the University's zoo. He looks happy enough here with a mouse for lunch.
Published in Issue
Ann Arbor News, August 9, 1952
Rights Held By
Donated by the Ann Arbor News. © The Ann Arbor News.
Copyright
Copyright Protected
Related
It's Not A House Cat!