Demolition Of Homes On Forest Ave To Make Way For Apartment Complex, February 17, 1966 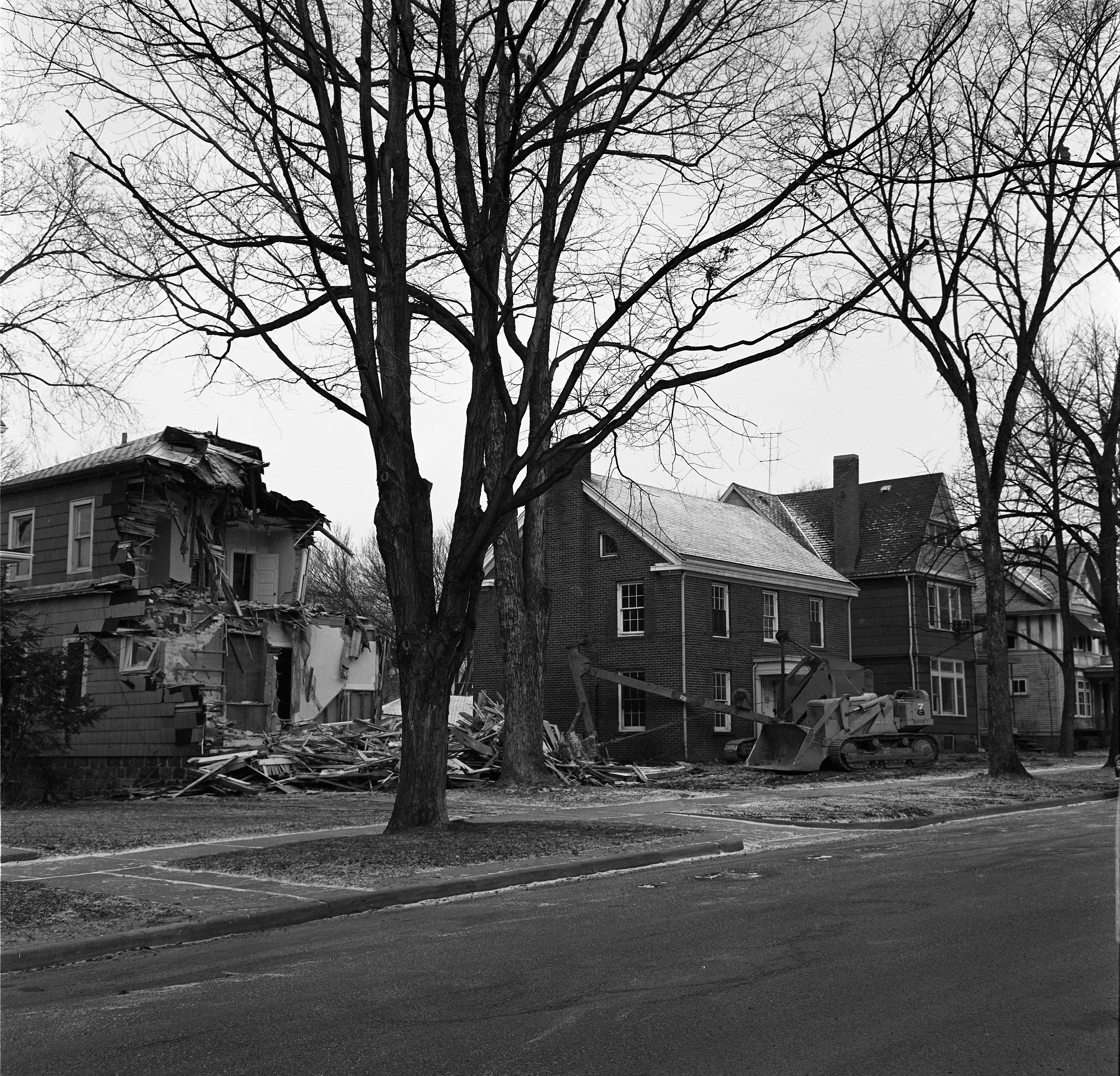 Published In
Ann Arbor News, February 17, 1966
Caption
This house on 924 S. Forest Ave. and the three to its right at 918, 912, and 908 S. Forest are to disappear in coming days in favor of a 25-apartment building. Owner L. Norris Post said a contract has been awarded to Krause Krampien Co. of Ann Arbor for demolition of the four houses and construction of the new structure. Half of it is expected to be ready for occupancy by August, the rest by the end of the year. No price was announced.
Month
February
Year
1966
Rights Held By
Donated by the Ann Arbor News. © The Ann Arbor News.
Copyright
Copyright Protected
Related
25-Apartment Building Replacing These Homes