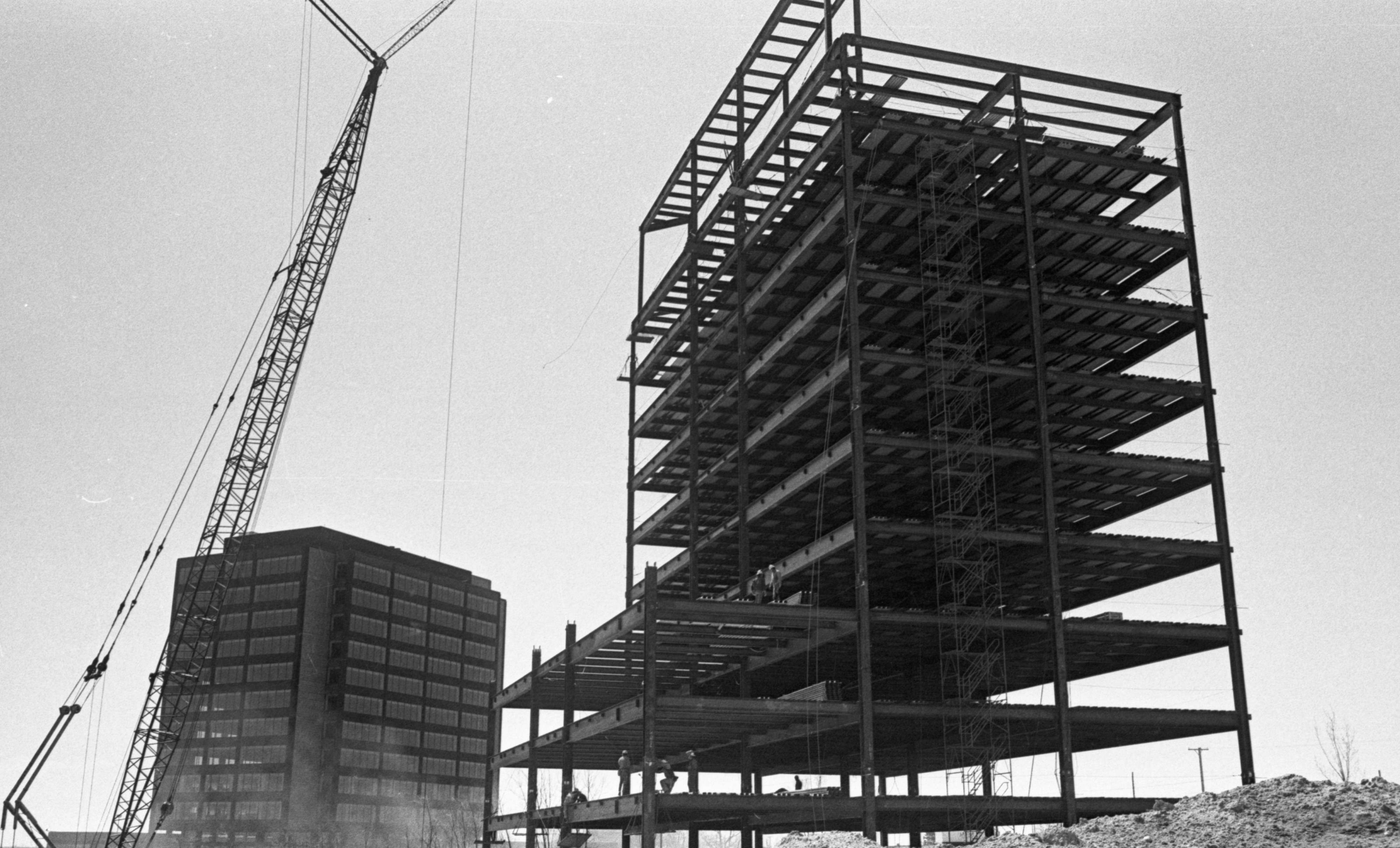 Published In
Ann Arbor News, April 21, 1974
Caption
A small portion of a second high-rise office building has risen on the horizon in a southeast portion of the city where there used to be nothing more than four story buildings. Located near the corner of S. State Street and Eisenhower Parkway, the office building for the Bechtel Power Corp. has reached its full height of 10 stories but the total project is only about 4 per cent complete with the steel structure erected all the way for two of the seven sections of the building. The 253,000-square-foot Bechtel building will have 50 per cent more space than the 11-story Wolverine Tower office building in the background. The two structures are part of the recent development in the area of the I-94 interchange with State Street, where the Briarwood Shopping Center also is located. (News Photo by Jack Stubbs)
Month
April
Year
1974
Rights Held By
Donated by the Ann Arbor News. © The Ann Arbor News.
Copyright
Copyright Protected
Related
High-Rise A Risin'