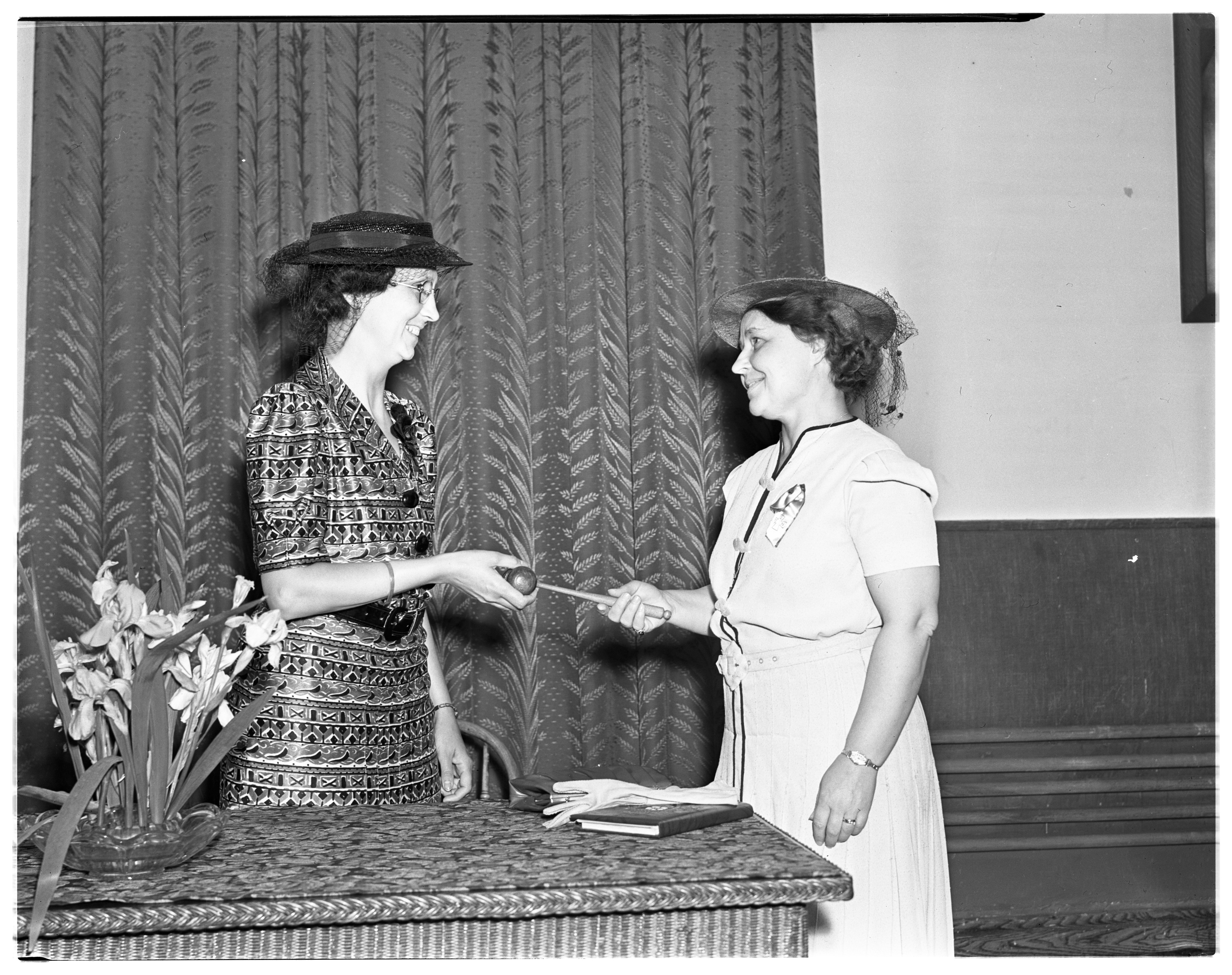 Mrs. Perry and Mrs. Groomes, Methodist Members of the King's Daughters. The International Order of the King's Daughters and Sons was originally founded January 13, 1886, as the King's Daughters. The organization was incorporated in 1888 as the Order of the King's Daughters, and in 1891 the present name was adopted. The Michigan Branch was founded ca. 1896. The Order, which has branches in the United States and Canada, is an interdenominational service organization. Membership is open to anyone who shares the Order's aims and purposes and who professes him- or herself a Christian. The Order's purpose is to participate in, and support, religious, educational, and philanthropic endeavors while training individuals (both members and non-members alike) for leadership in Christian service. The Order's branches support ministries for the aging, the handicapped, and the underprivileged through homes, hospitals, youth camps, day care centers, scholarship programs and donation drives. In Michigan, for example, the Order founded and ran the Hospital School for children at the University of Michigan Hospital. Throughout its history, the Order has realized its goal of educating for Christian service by offering scholarships. One scholarship program provided financial aid for Native American students, overseas students, and students interested in training for the ministry and other forms of Christian service. A second scholarship program provided financial assistance for students in health sciences programs. A third financial aid program, the Chautauqua Scholarship Program, began in 1920 and provided funding for young adults who wished to participate in courses offered at the Order's own Chautauqua Institution. This institution offered "self-enrichment" and Christian leadership courses, and was housed in a compound consisting of a chapel, a Fellowship Hall, and three houses. The Chautauqua Institution accommodated forty-three students and a full staff. The basic unit of the Order is the circle, which generally consists of women in an individual church congregation. Circles are organized into county-wide branches, which are in turn organized into state-wide branches. The Order's official publication is the Silver Cross Magazine. In 2008, the organization voted to disband.