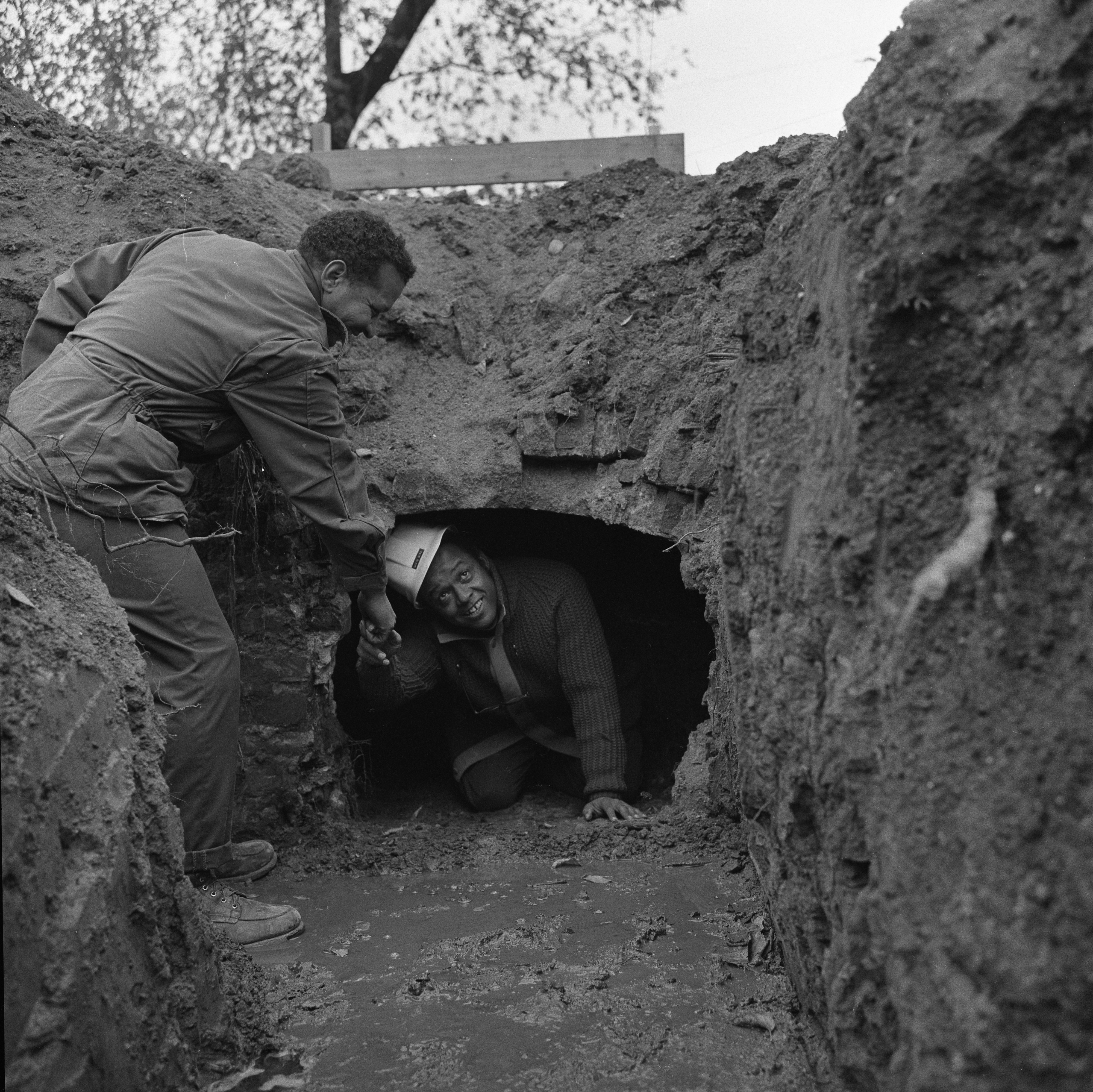 Published In
Ann Arbor News, November 3, 1973
Caption
A former underground railway tunnel for escaped slaves? That's what David Byrd of the Black Economic Development League (BEDL) says has been uncovered at the BEDL building site on Depot Street at the Broadway Bridge. The discovery was made while footings were being dug for the building which will be used for offices and spaces for classes in such subjects as photography, printing and drafting. Donald Calvert (left) of Calvert Brothers Construction Co. gives Byrd a helping hand after and inspection of the tunnel.
Month
November
Year
1972
Rights Held By
Donated by the Ann Arbor News. © The Ann Arbor News.
Copyright
Copyright Protected
Related
Slave Tunnel?
LOH Employment