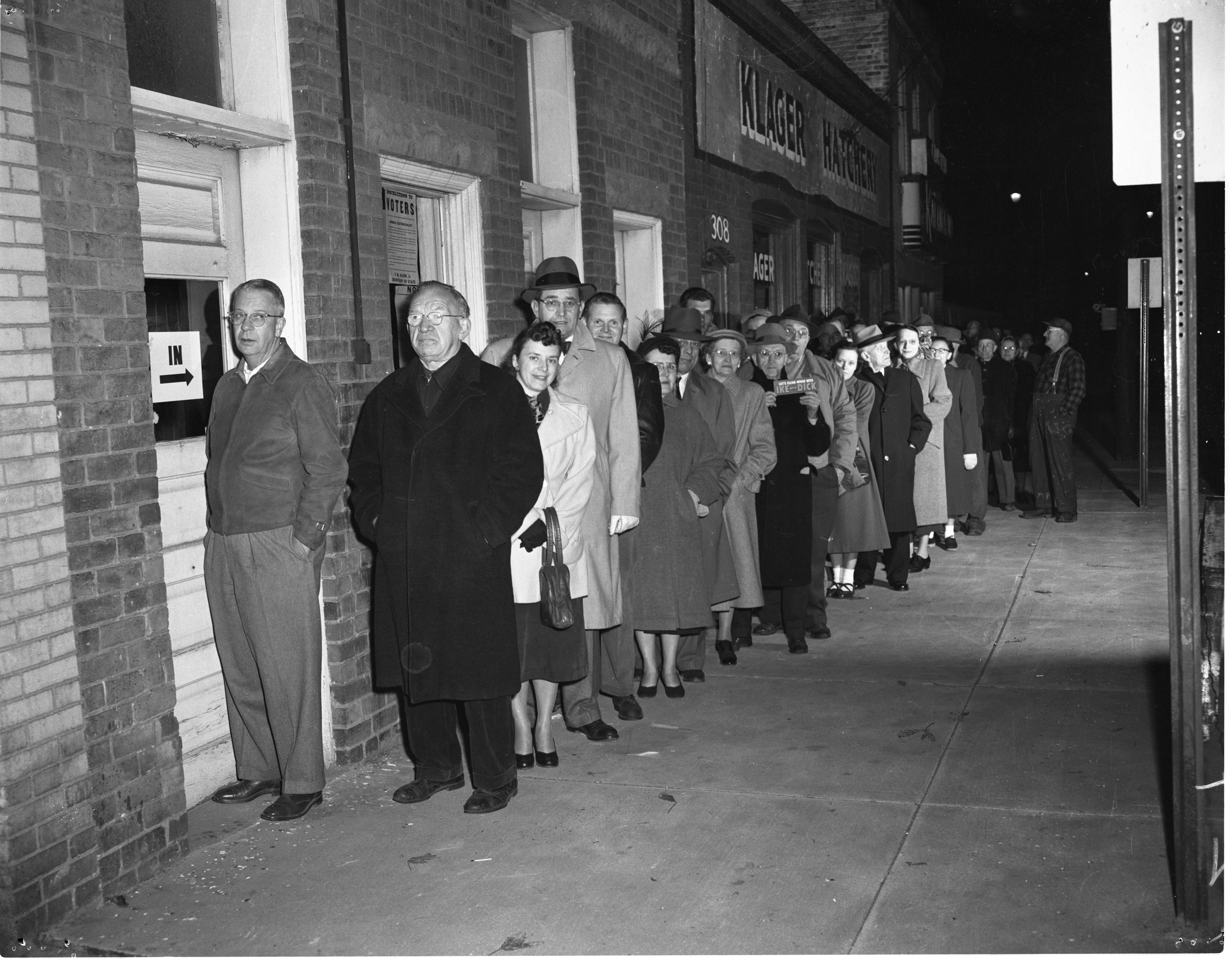 Published In
Ann Arbor News, November 4, 1952
Caption
BEFORE DAWN'S EARLY LIGHT: Ann Arbor had one of its heaviest early voter turnouts in history this morning as this picture outside the polling place in the first precinct of the Second Ward illustrates. The time was a few minutes before the poll-opening hour of 7 a.m. Election officials said a line had formed as early as 6:30 this morning. The polling place is on S. Ashley St.
Day
4
Month
November
Year
1952
Rights Held By
Donated by the Ann Arbor News. © The Ann Arbor News.
Copyright
Copyright Protected