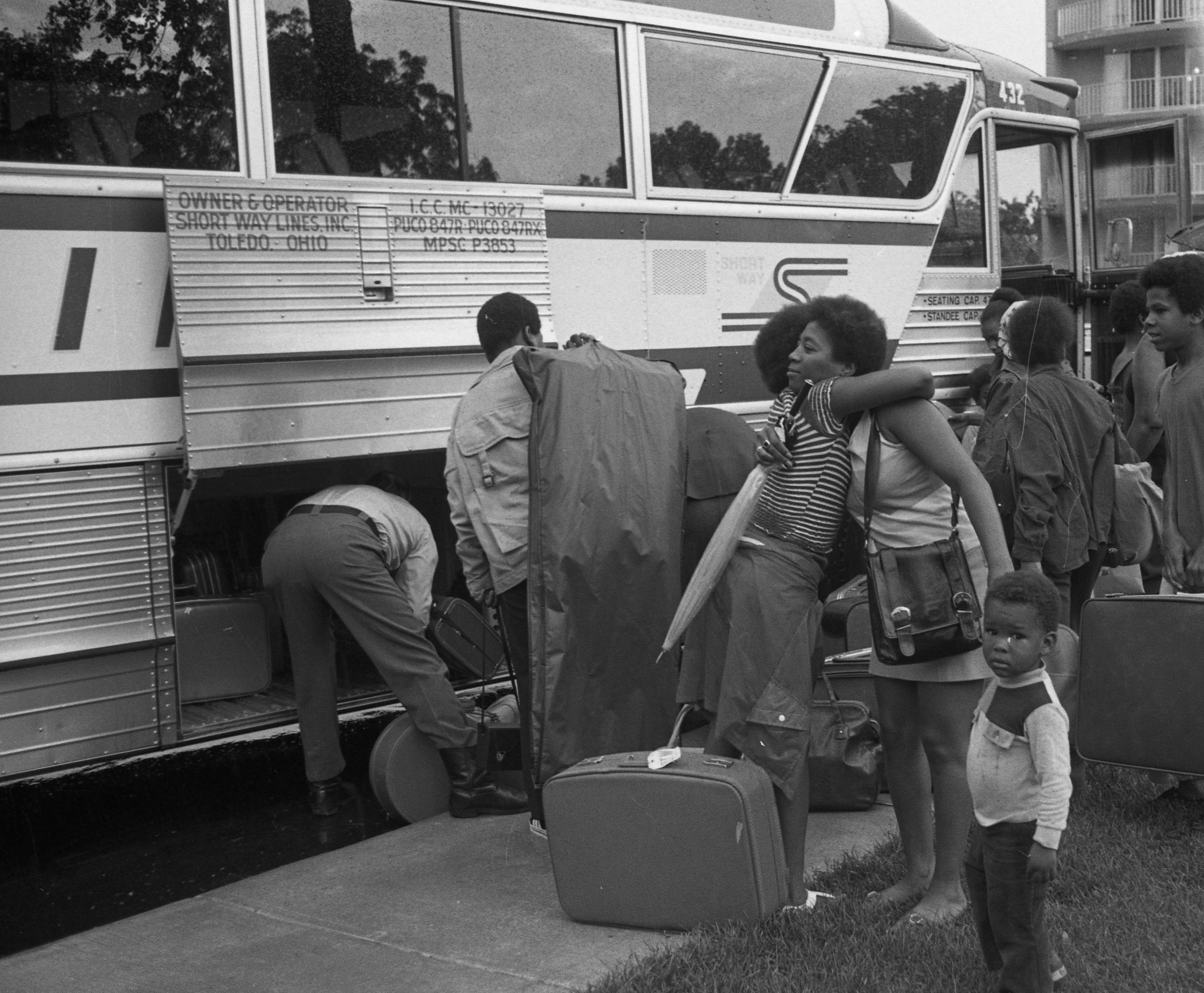 Published In
Ann Arbor News, July 3, 1973
Caption
Off To See The Sights - Sheri Shipmon -- in the striped blouse -- and Mrs. Shipmon are among those saying their good-byes as 41 members of the Ann Arbor public housing youth clubs and six adult chaperones leave for a one-week charter bus trip that will take in sights from Ottawa, Ont., to New York City and Mammoth Cave National Park. Even before the bus left Monday evening, the little guy in the foreground was obviously missing someone who went on the tour. The trip was planned after the youths found they were falling short of efforts to raise enough money, through events conducted during recent months, to meet their original goal of a trip to London and Paris. (Ann Arbor News Photo By Jack Stubbs)
Month
July
Year
1973
Rights Held By
Donated by the Ann Arbor News. © The Ann Arbor News.
Copyright
Copyright Protected