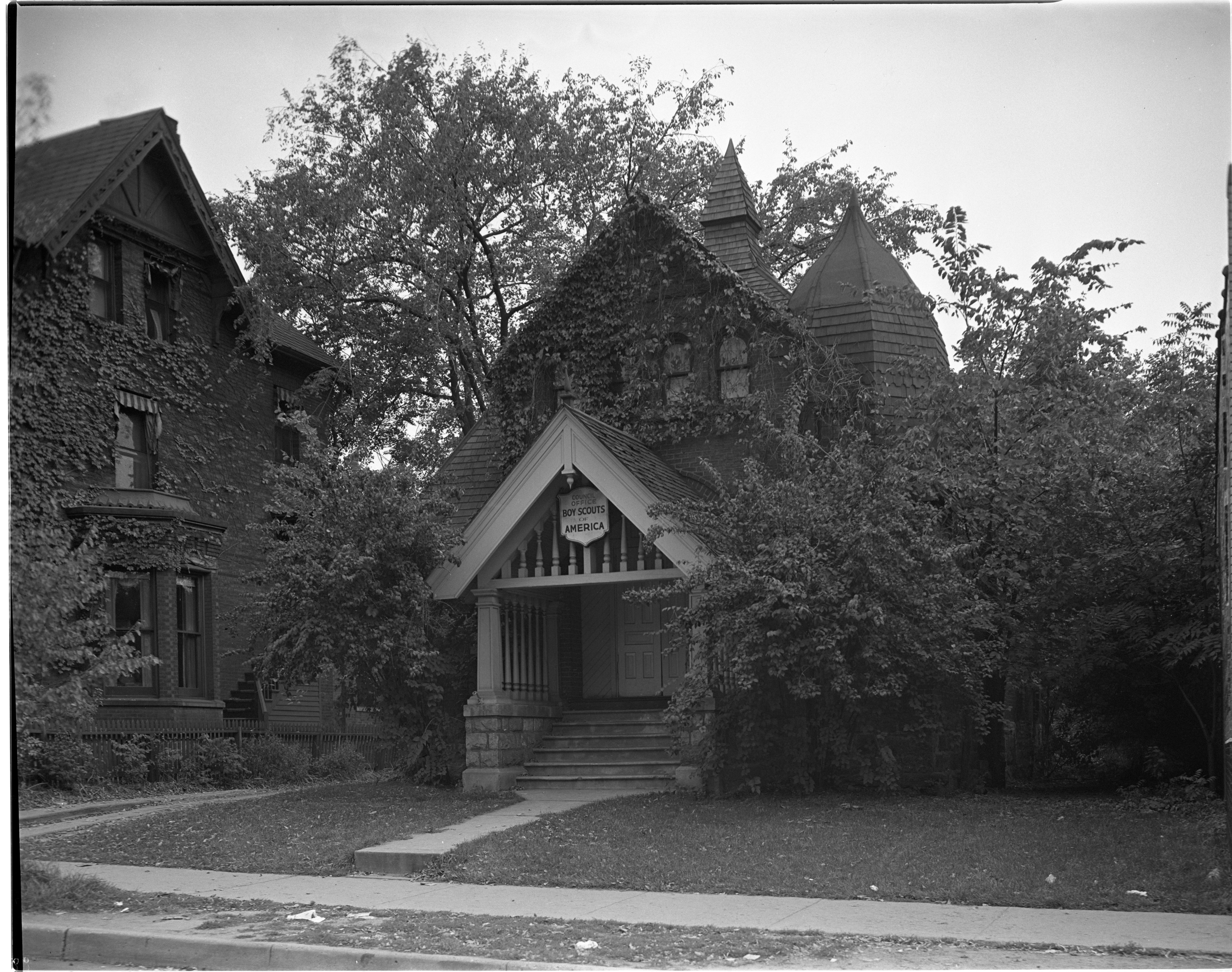 Published In
Ann Arbor News, September 23, 1973
Caption
That windowless Michigan Bell Telephone building didn't always occupy its E. Huron St. plot as this picture suggests. Back in the 40s, and before and after, the council office of the Boy Scouts stood there as did (at left) the Cowie residence which later was acquired and razed by The News when parking space became a necessity. Sewell Platt's Ford garage was just to the right of the Scout headquarters building which later on houses a dance academy.
Month
October
Year
1940
Rights Held By
Donated by the Ann Arbor News. © The Ann Arbor News.
Copyright
Copyright Protected
Related
From Our Pictorial Archives