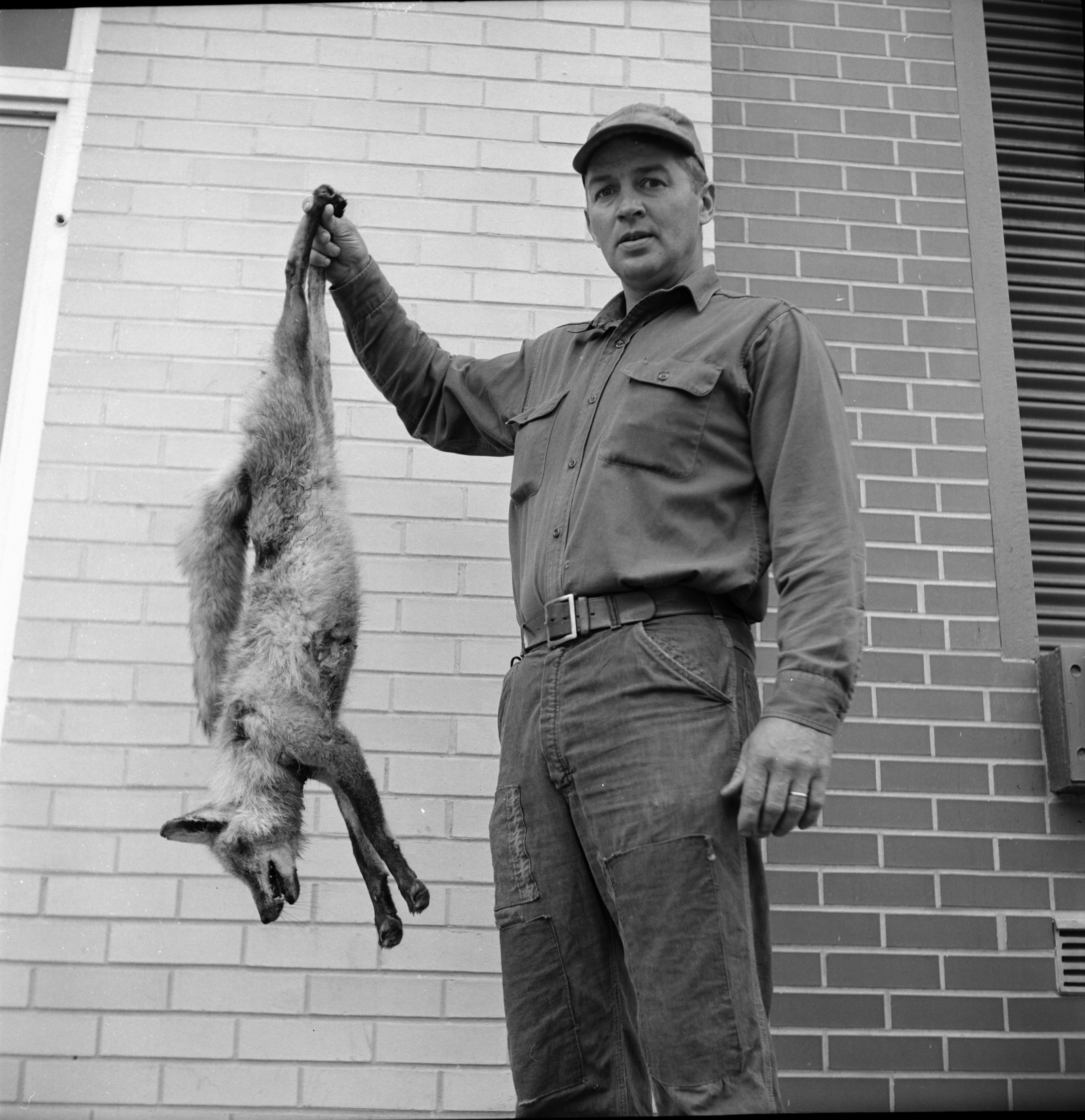 Published In
Ann Arbor News, June 10, 1963
Caption
One For the Bounty: Edwin Egeler, 7160 Marshall Rd., southeast of Dexter, collected his $5 bounty for this big male fox. But the bounty was incidental, so far as Egeler is concerned. He shot Sir Reynard, with a 20-gauge gun loaded with No. 3-Bs, after finding it feasting on some baby lambs on the Egeler farm. "He was so busy," Egeler said, "I had time to return for the gun after seeing him attack the lambs." Egeler figures this or some other fox has made off with several lambs.
Month
June
Year
1963
Rights Held By
Donated by the Ann Arbor News. © The Ann Arbor News.
Copyright
Copyright Protected