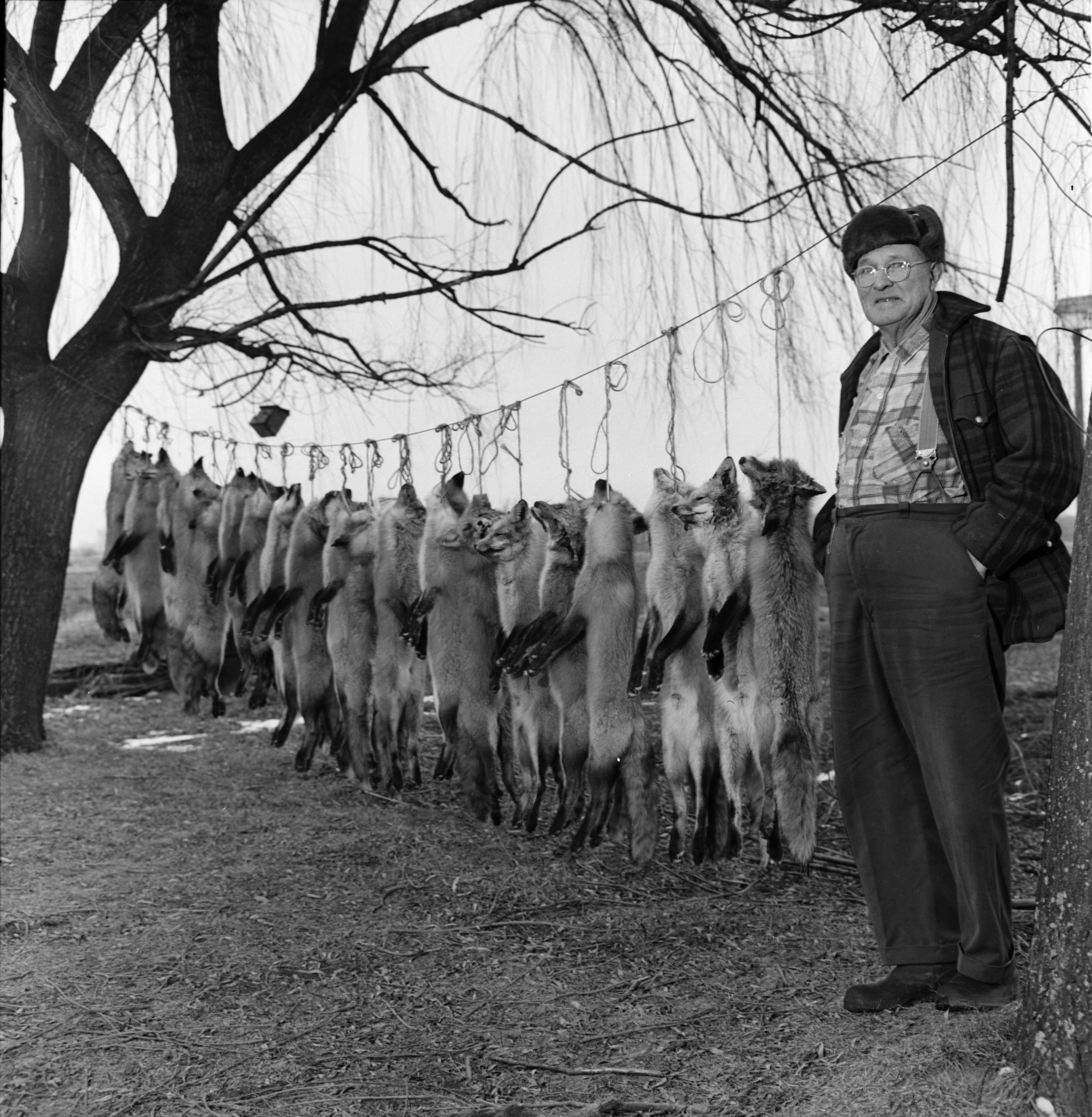 Published In
Ann Arbor News, February 22, 1964
Caption
Must Have the Secret: In his slightly more than 70 years on this earth, Dan Murray has absorbed knowledge about many things. One of them obviously is the trapping of foxes. With only five sets close to his farm home at 2350 Arkona Rd, between Milan and Saline, he's taken 20 foxes this year and may add more before the going gets muddy next month. It's not just one of those "good" years either. Murray trapped 17 a year ago. What are his secrets? Well, among them is the fact he uses a commercial lure and never touches a trap or a trapped fox without putting on an old pair of gloves used for no other purpose. Murray, who on April 10 will have lived 50 years on the 140-acre farm now operated by his son, Donald, will be bringing his season's take into Ann Arbor one of these days to collect the bounty of $5 for each animal.
Month
February
Year
1964
Rights Held By
Donated by the Ann Arbor News. © The Ann Arbor News.
Copyright
Copyright Protected