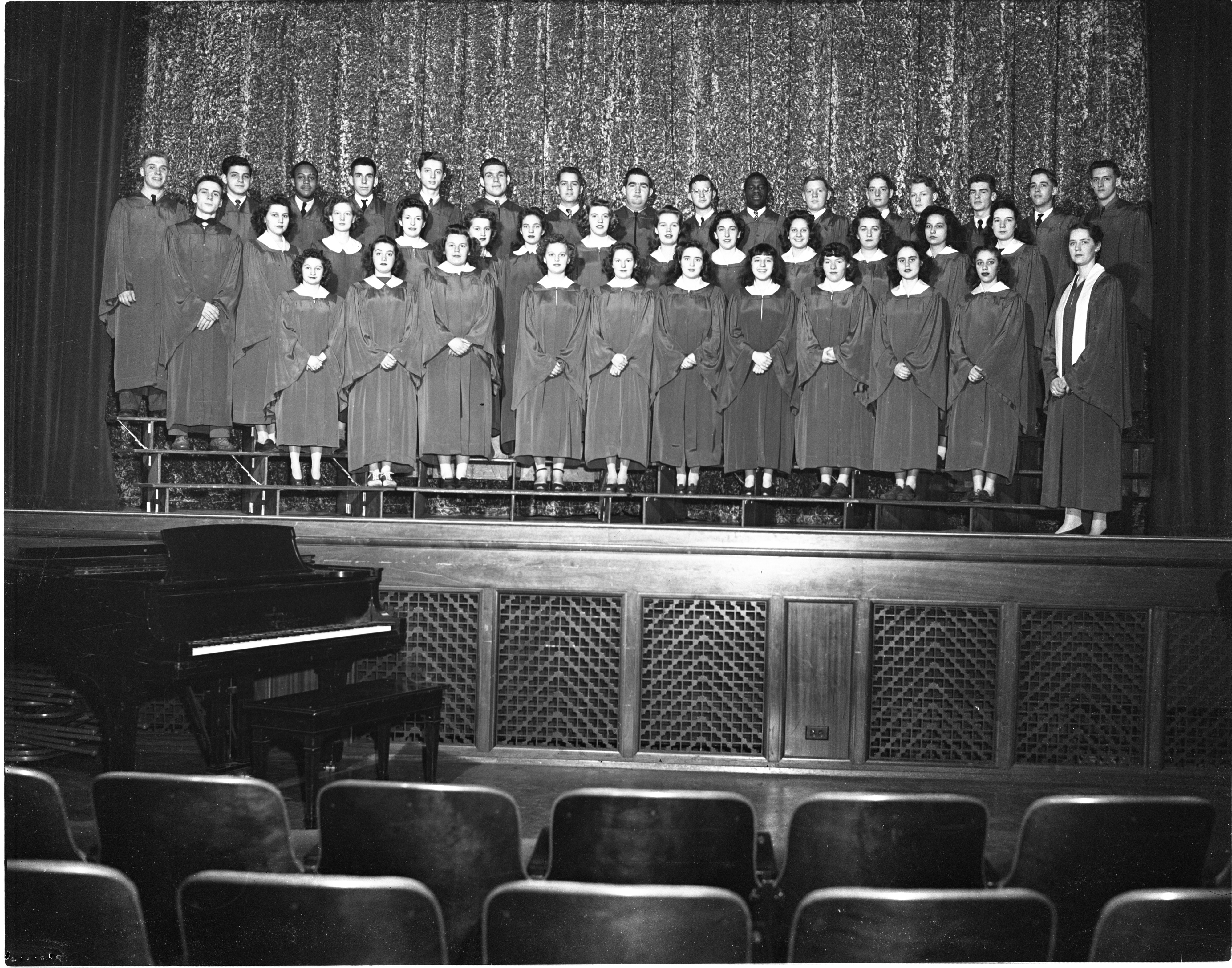 Rapid Progress was the "keynote" of the 1944 A Capella Choir. Directed by Miss Rose Marie Grentzer, it represented Ann Arbor High creditably at many civic functions during the year, in addition to the excellent performance it gave for the Michigan State Vocal Association in January. The choir played a major part in the presentation of the operetta, The Pirates of Penzance. The members of A Capella also gave a special performance and tea for their parents and friends who rarely had the opportunity to hear them.