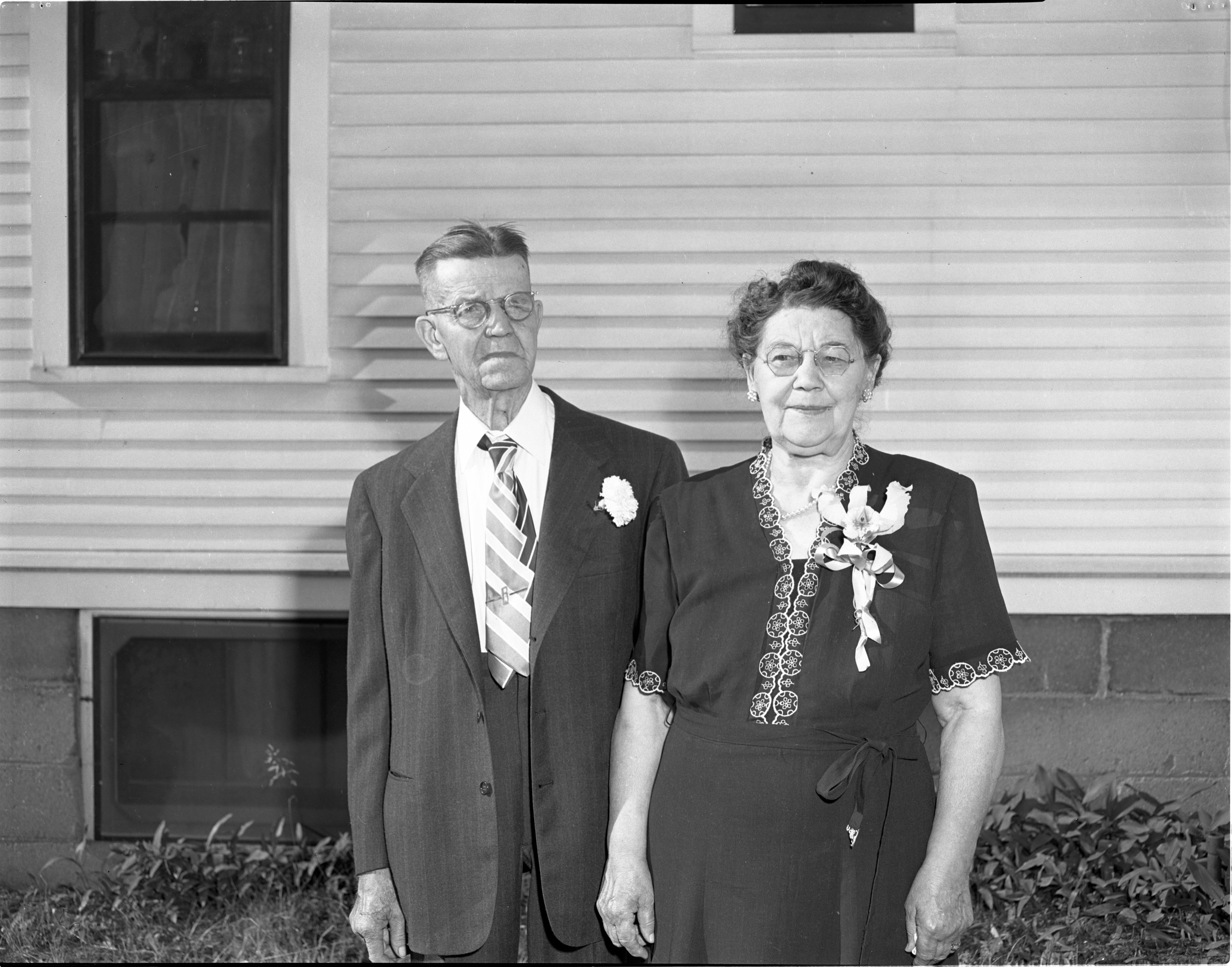 Month
June
Year
1948
Caption
Mr. and Mrs. Byron E. B. Bailey, 539 S. Seventh St., celebrated their golden wedding anniversary Sunday in the home which they were married and where they have lived 46 of the 50 years of married life. The Baileys were married June 29, 1898. Except for four years of residence in Indiana, they have lived in Ann Arbor since that time. They observed their anniversary at a reception attended by their son, George R. Bailey of Detroit, and his family and a few relatives.
Published in Issue
Ann Arbor News, June 28, 1948
Rights Held By
Donated by the Ann Arbor News. © The Ann Arbor News.
Copyright
Copyright Protected