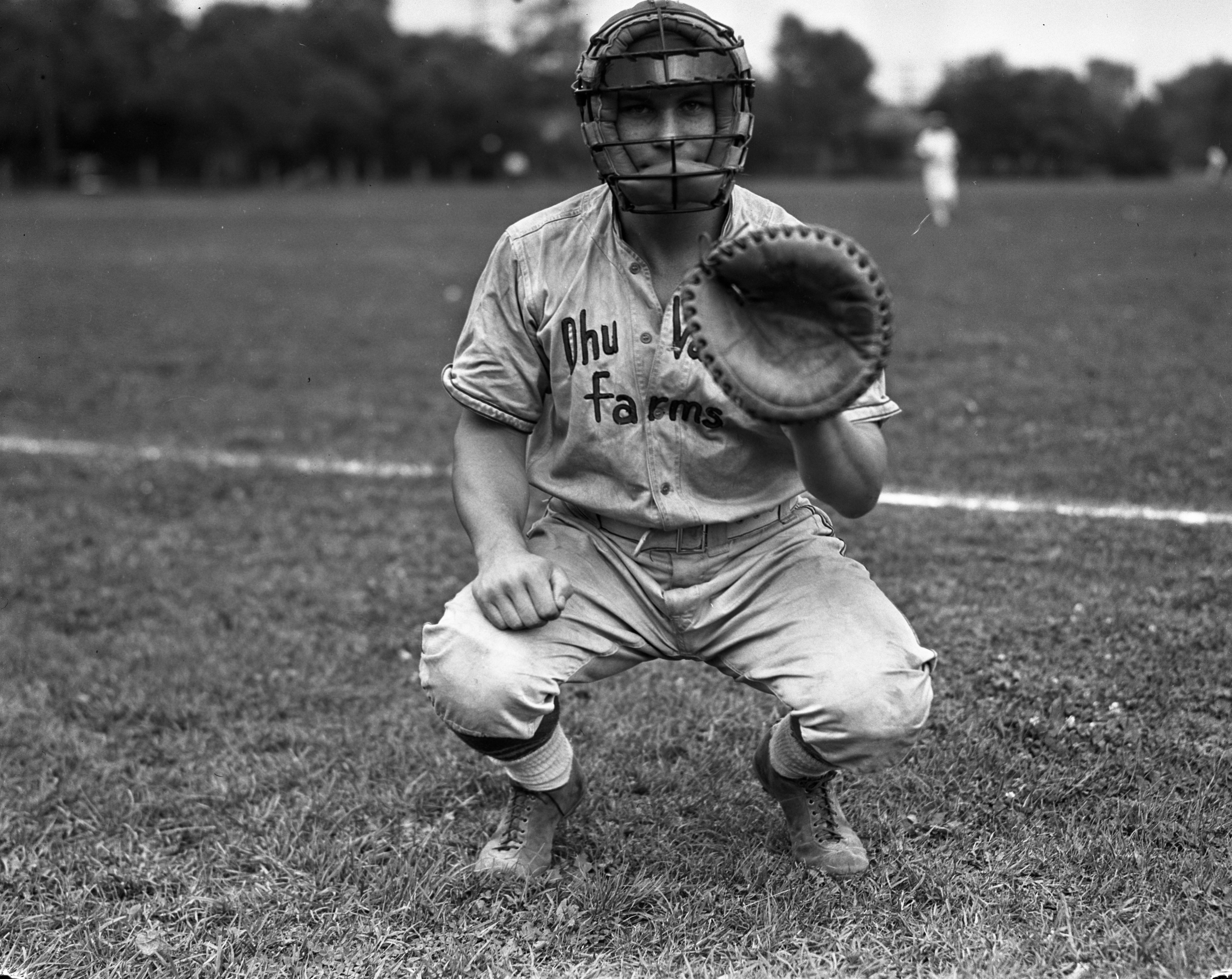 Published In
Ann Arbor News, September 2, 1937
Caption
Dhu Varren may have won the league championship and Oldbru may have won the district tournament title but managers of teams in the Twilight softball loop lean toward the Gauss Bakers and the Elks when it comes to making selections for an all-star team. The Bakers and the Elks each placed four players on the squad while the remaining four places were divided between Dhu Varren, Oldbru and Dixboro. Ty's Service and Stroh's failed to gain a single berth. The Bakers' representatives include Pat Walsh, extreme right in the second row from the top; Jimmy Walsh, extreme right in the second row from the bottom; "Wobby" Fritz, to the left of Jimmy Walsh, and Neil Rauser, who is shown to the left of Fritz. The Elks' players chosen include Freddie Weber, extreme left, bottom row, and Earl Bradshaw, extreme right, botton row. Pete Eitling, the Elks' third representative, is shown direclty above Weber while the fourth member of the Lodgemen's contingent, Ray Hutzel is shown at the left in the top row. Bob Westfall, wearing the Catcher's mask, and "Dee" Dunlap, extreme left in the second row from the top, were the Dhu Varren players chosen. Dixboro's lone representative, Norman Blystone, is shown at the right in the top row while Jack Kett, Oldbru star, is shown between Dunlap and Arnold Walsh in the second row from the top.
Year
1937
Month
September
Rights Held By
Donated by the Ann Arbor News. © The Ann Arbor News.
Copyright
Copyright Protected
Summer in Ann Arbor - 1937