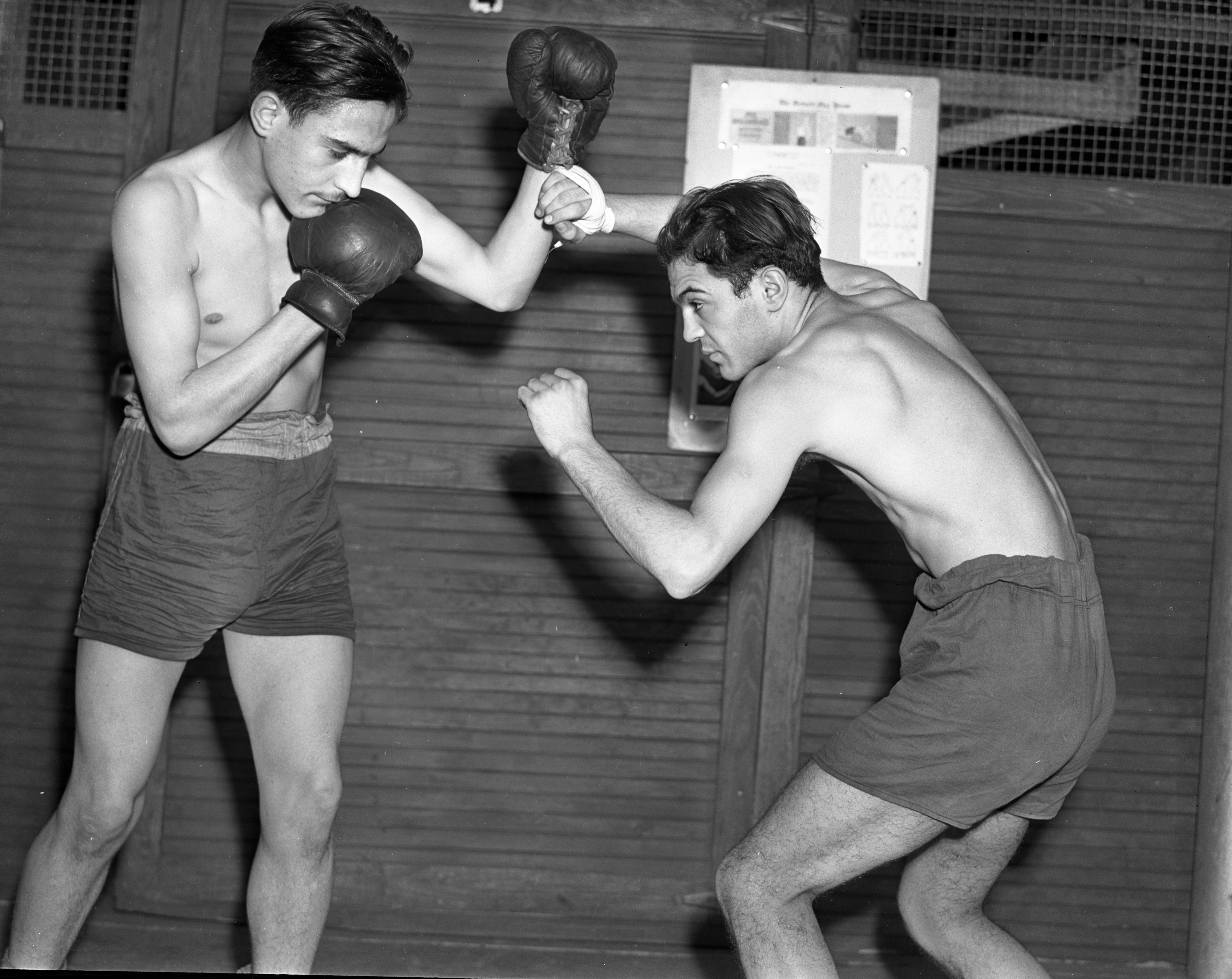 Published In
Ann Arbor News, January 4, 1938
Caption
WILL SEEK NOVICE TITLE: Herman De Marco, left, who will bid for a title in the novice lightweight division of the Golden Gloves boxing tournament which opens at the Armory, Jan. 25, is shown receiving a few pointers from his brother Bobby, himself a former novice champion. The De Marcos are but two of a host of boxers who are in training for the 1938 Gloves competition. More than 35 entries have been received already from battlers in Ann Arbor and vicinity and this number is expected to be doubled before the opening night of boxing.
Day
4
Month
January
Year
1938
Rights Held By
Donated by the Ann Arbor News. © The Ann Arbor News.
Copyright
Copyright Protected