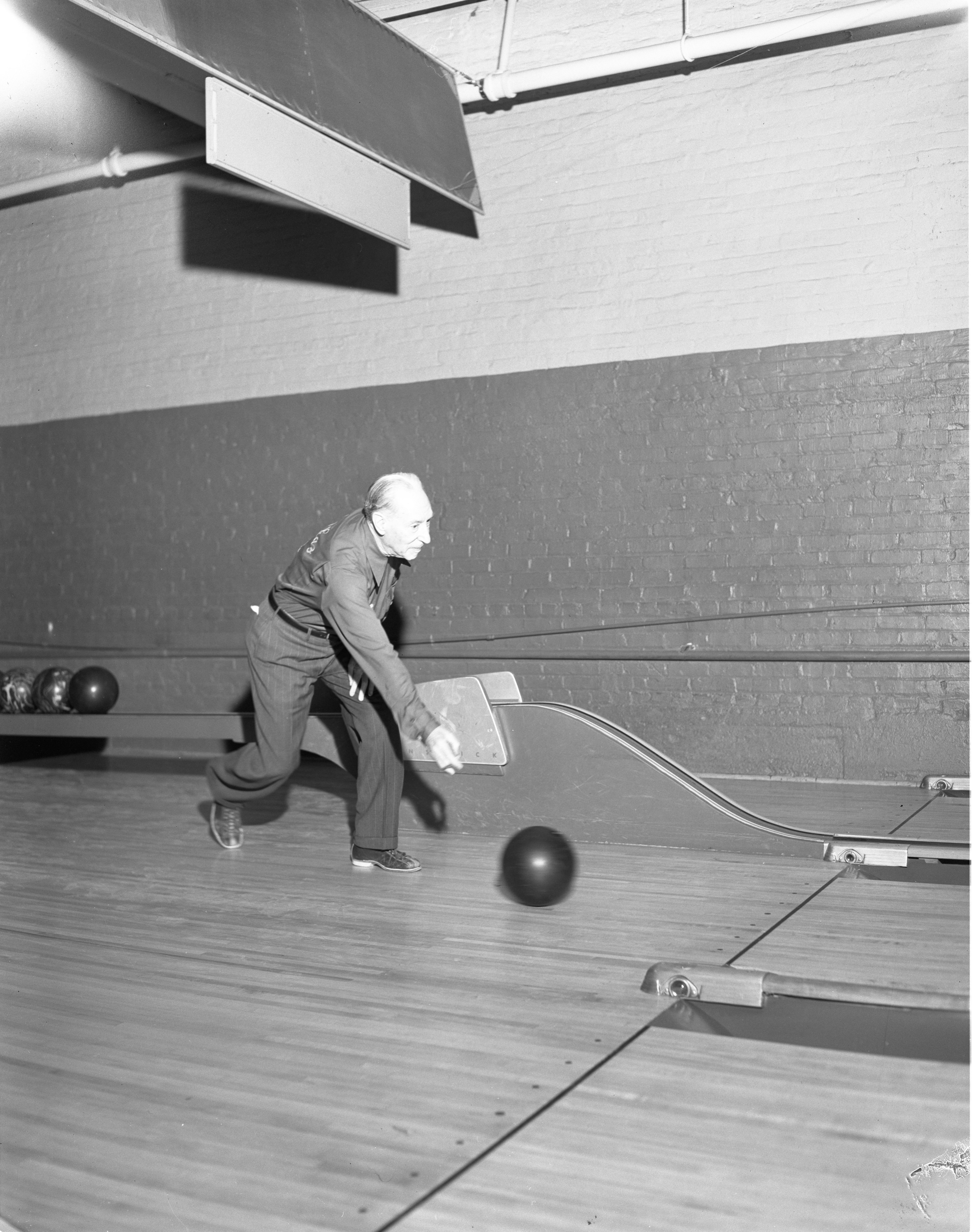 Published In
Ann Arbor News, December 7, 1955
Caption
REGULAR BOWLER AT 84: Allen Smith, 428 West Huron St., who was 84 years old Dec. 1, sends his ball down the Huron Lane alleys. He bowls in two leagues each week - with the Grotto League on Monday nights at the Huron Lanes and in the Mixed League at the Washtenaw Lanes on Thursday nights. He has missed only three weeks of bowling since 1953 and that was because of a vacation trip to Arizona. His high game last year was 215 and he had several 500 series. His average this year at the Huron Lanes is 148. It's 143 at Washtenaw.
Month
December
Year
1955
Rights Held By
Donated by the Ann Arbor News. © The Ann Arbor News.
Copyright
Copyright Protected
Related
Regular Bowler At 84