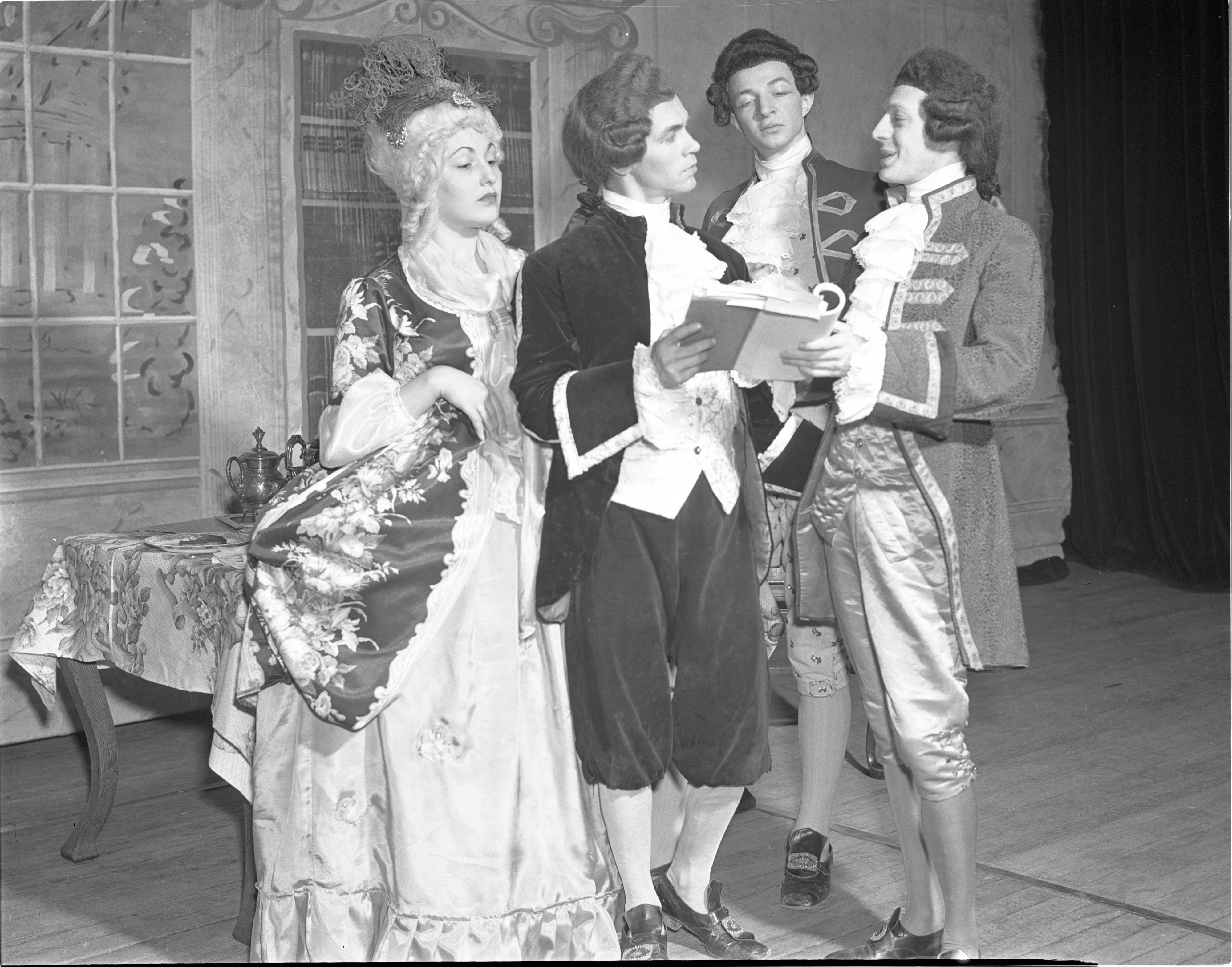 Published In
Ann Arbor News, March 27, 1940
Caption
HAVE ROLES IN THE CRITIC: Four of the principals in Play Production's presentation of Richard Brinsley Sheridan's satire "The Critic," which will open a four-day run tonight in Lydia Mendelssohn Theater, are shown above in a scene from the play. They are, left to right, Marguerite Mink of Detroit, a senior University student, who has the role of Mrs. Dangle; A. Duane Nelson of Iron River, as Mr. Dangle; James W. Moll of Toledo, in the part of Mr. Puff, an author, and Hugh Norton of New York City as Mr. Sneer. The men are graduate University students. The play satirizes the pompousness and decorativeness of the early theater. Curtain time will be at 8:30.
Month
March
Year
1940
Rights Held By
Donated by the Ann Arbor News. © The Ann Arbor News.
Copyright
Copyright Protected