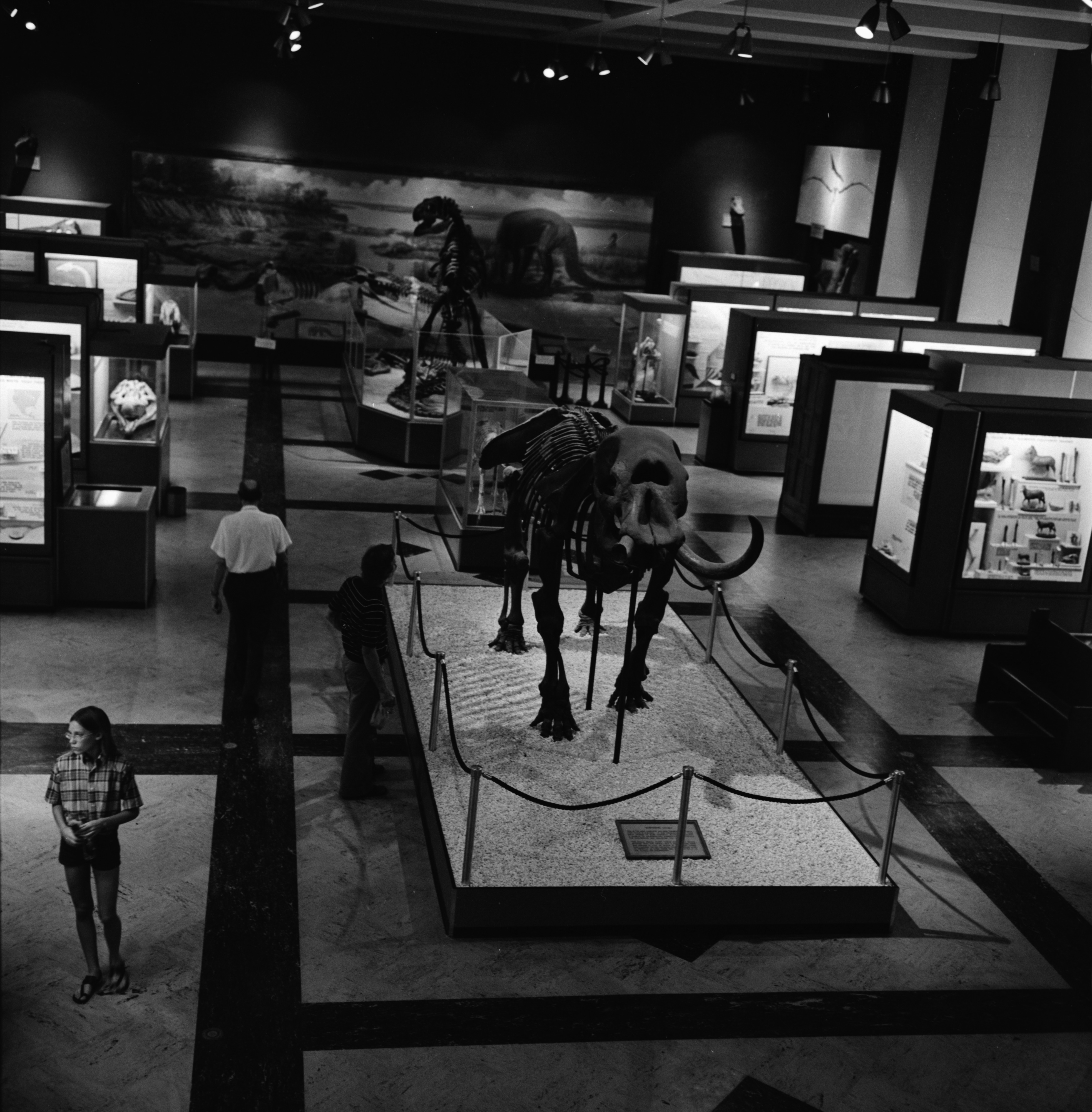 Published In
Ann Arbor News, August 21, 1973
Caption
'Monster' Display Moved Irving G. Reimann (back to camera in white shirt), director of the University's Exhibit Museum, inspects prehistoric "monster" display which has been moved from the northwest to the southeast end of the exhibit hall. Changes also involved raising the background mural and the anatosaurus skeleton immediately in front of it to higher levels for better viewing. In upright "natural" position between it and the mastodon skeleton in foreground is allosaurus. Totally enclosed in glass, immediately behind the mastodon is the skeleton of the prehistoric rhinoceros, diceratherium. The relocation and improvement in the display was made possible by funding which permitted covering windows at the far end of the hall from the door, behind the mural. (News Photo by Cecil Lockard)
Month
August
Year
1973
Rights Held By
Donated by the Ann Arbor News. © The Ann Arbor News.
Copyright
Copyright Protected