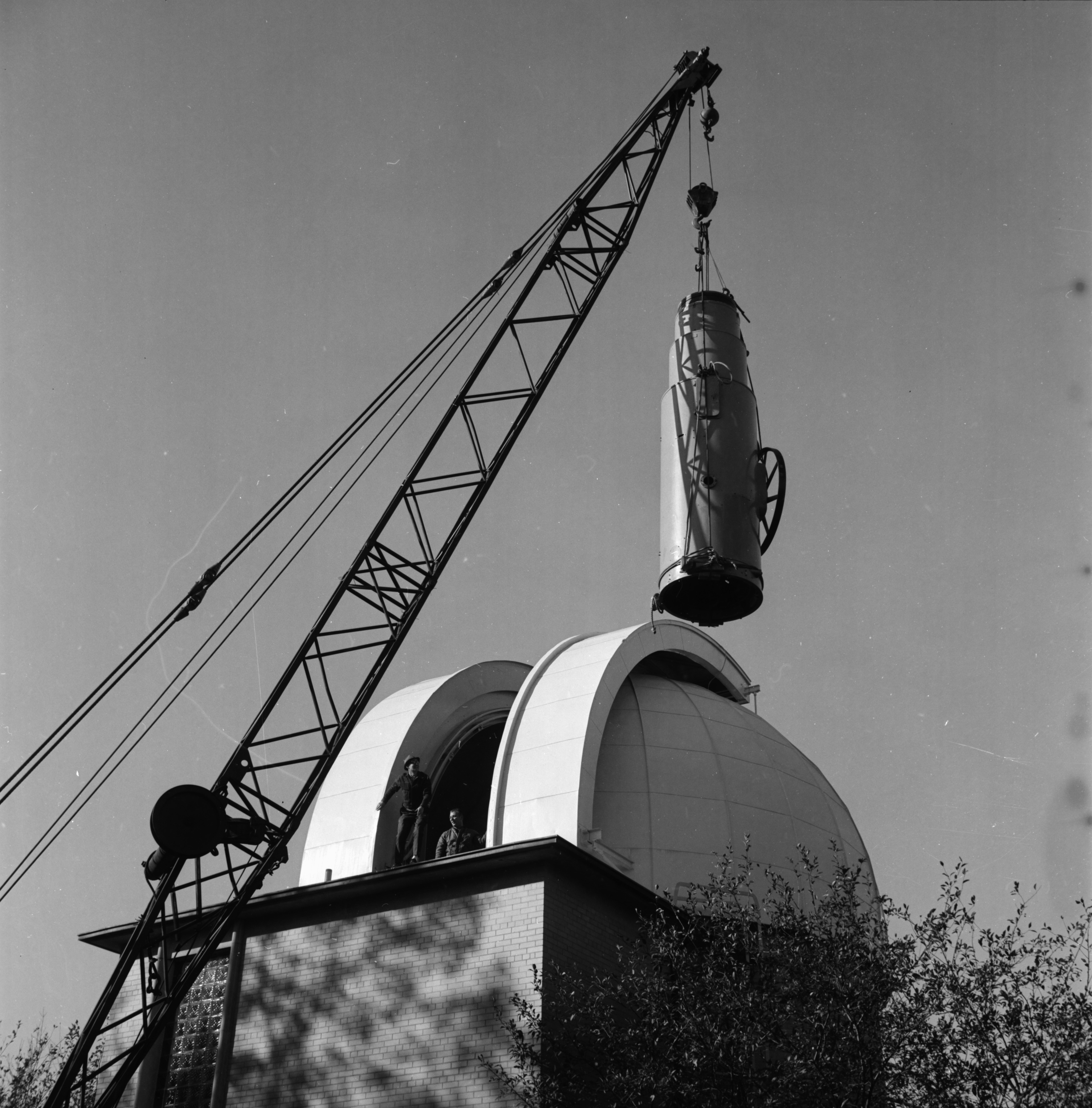 Published In
Ann Arbor News, October 28, 1966
Caption
Telescope To Travel: Workmen remove tube of the University's 24-inch Schmidt telescope at the Portage Lake Observatory near Dexter yesterday prior to shipping the instrument to Chile where a U.S. astronomy observatory is being built in the Andes Mountains. The U.S., a European group, and the Soviet Union are all building observatories in the Andes in a race to make the first detailed exploration of the southern hemisphere sky. The U-M telescope will be returned to Ann Arbor after five years of observations. The removal of the instrument is being supervised and paid for by the National Science Foundation.
Month
October
Year
1966
Rights Held By
Donated by the Ann Arbor News. © The Ann Arbor News.
Copyright
Copyright Protected