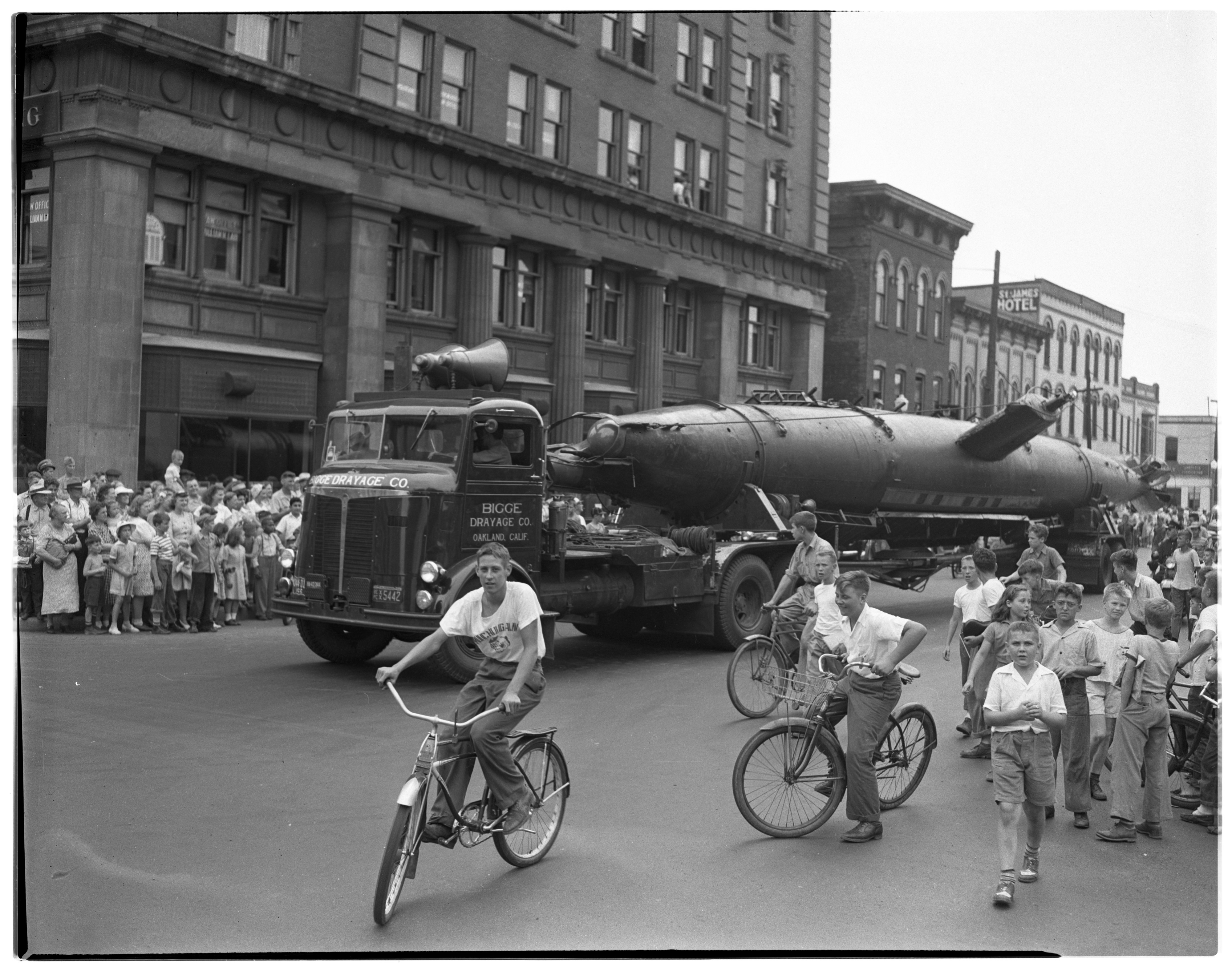 Published In
Ann Arbor News, July 19, 1943
Caption
JAP SUBMARINE DRAWS LARGE CROWDS: Curbs and sidewalks along the parade route were well crowded Saturday afternoon as thousands of Ann Arborites turned out for a firsthand glimpse of the two-man Japanese submarine captured at Pearl Harbor. A lot of youngsters, afoot and on bicycles, followed the sub along its route. The sub visited Ann Arbor on its nationwide War Bond tour, being stationed opposite the courthouse for display purposes after the parade. Although originally scheduled to leave for Adrian at 10 o'clock, it stayed over night, leaving yesterday morning. For the parade the submarine was tilted somewhat on its side, as shown in the above picture, so as to provide clearance for the conning tower under wires.
Month
July
Year
1943
Rights Held By
Donated by the Ann Arbor News. © The Ann Arbor News.
Copyright
Copyright Protected
Related
Jap Submarine Draws Large Crowds