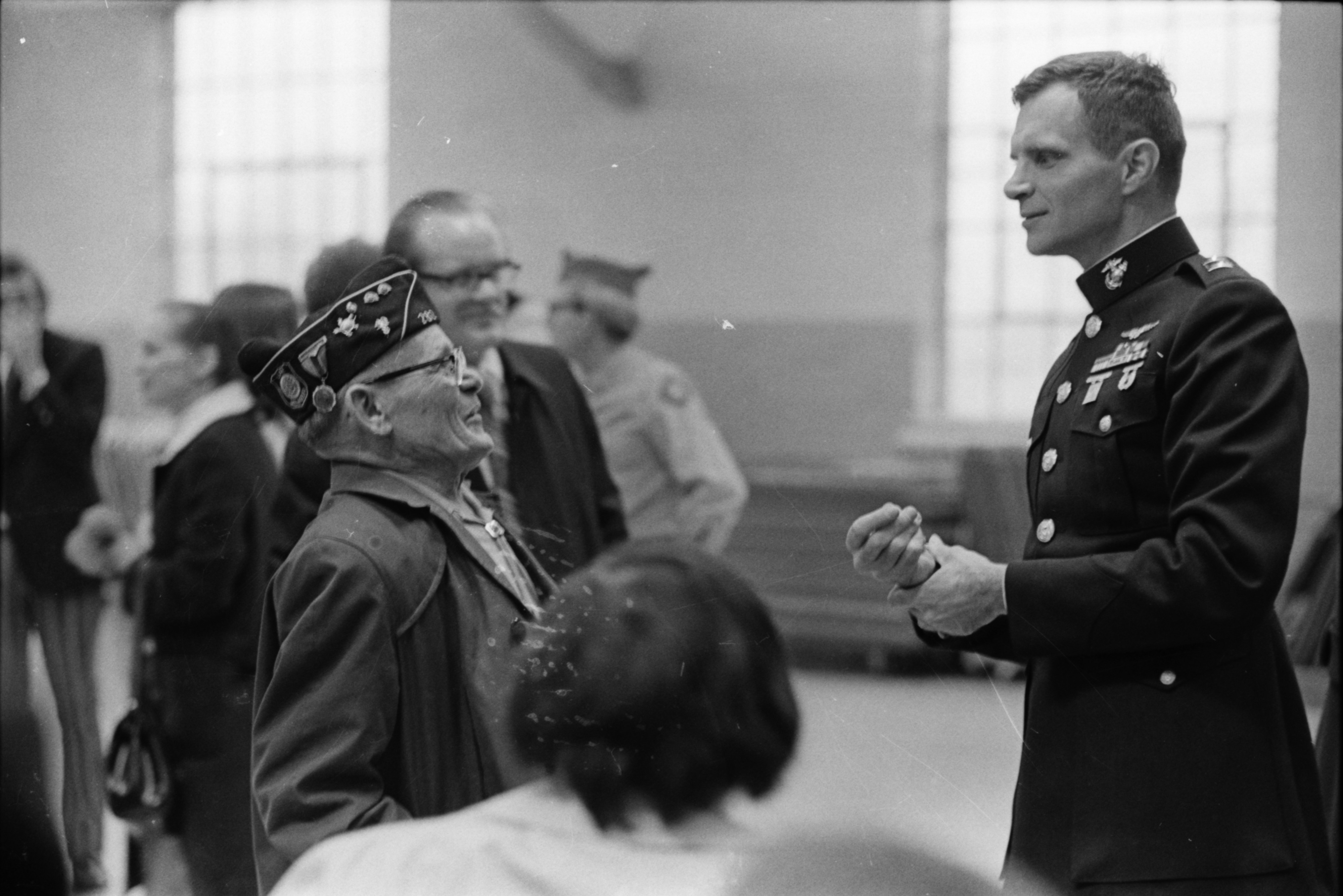 Published In
Ann Arbor News, April 10, 1973
Caption
A Meeting Of Veterans Arthur Starr of Ypsilanti, left, a World War I veteran, was in the crowd which Monday afternoon greeted Marine Capt. James Warner, Washtenaw County's first freed prisoner of war to return from the Vietnam War. Starr, an active American Legion member who belongs to a "40 and 8" unit, fought in a war almost 50 years before Capt. Warner was shot down and captured. The captain was a guest of honor at a reception at the National Guard Armory on S. Huron St. in Ypsilanti Monday after being taken on a tour of the city. The former POW talked briefly with students at Ypsilanti High School and Eastern Michigan University, both of which he attended.
Month
April
Year
1973
Rights Held By
Donated by the Ann Arbor News. © The Ann Arbor News.
Copyright
Copyright Protected