James Hvilsted & Gerald Marcus Sworn In As Second Lieutenants Of The U. S. Army, December 1948 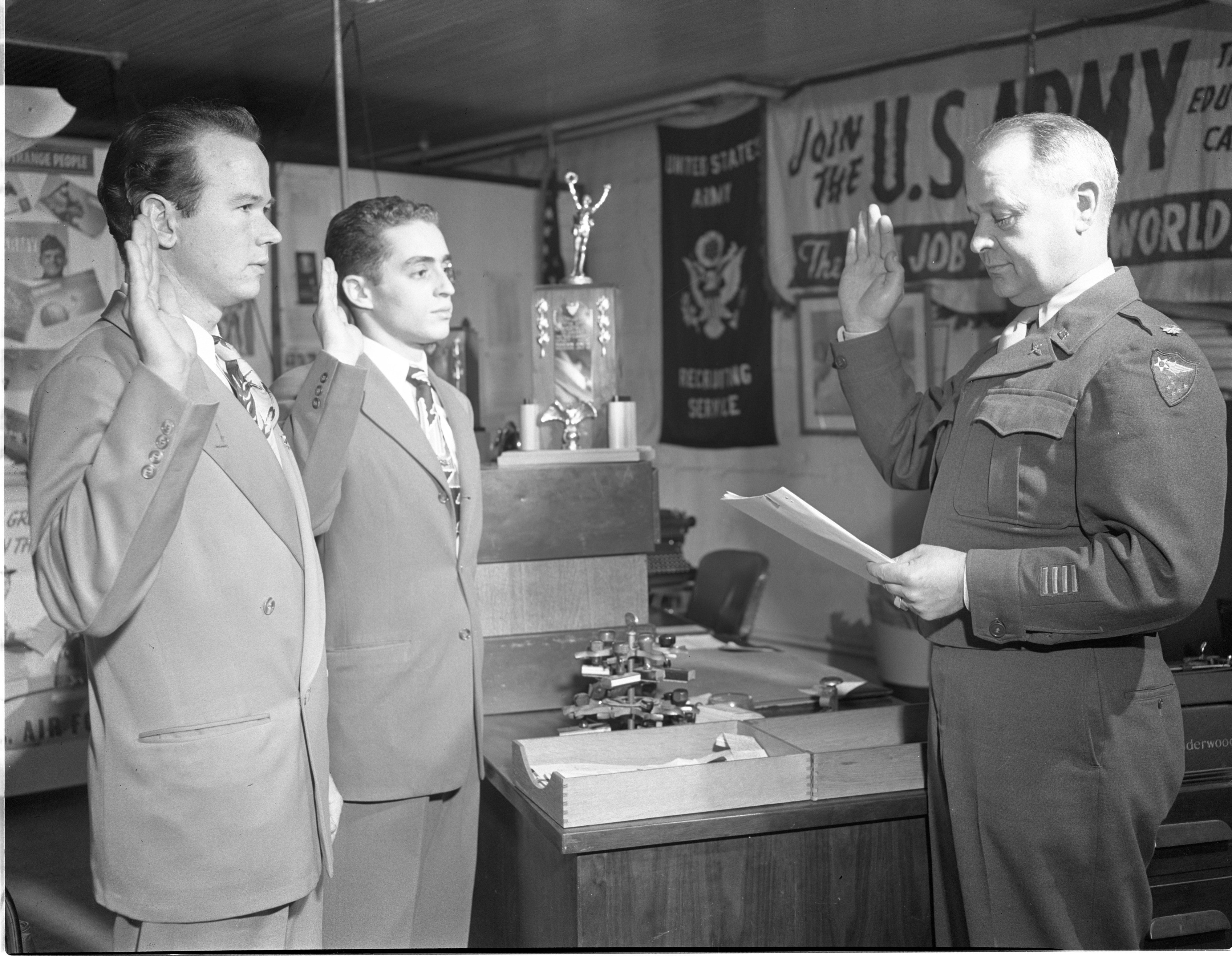 Published In
Ann Arbor News, December 18, 1948
Caption
BECOMING SECOND LIEUTENANTS: The first men to enlist at the local U. S. Army and Air Force Recruiting Station under terms of a new Army directive which immediately commissions qualified applicants as second lieutenants and places them on active duty for a minimum of two years are sworn in by Maj. Fred W. Bock, zone executive officer for the Michigan Recruiting District. The new officers are James R. Hvilsted, left, a Michigan State Normal College student from Kingsville, Ont., and Gerald R. Marcus, a University student from Brooklyn. Both are 22. Marcus will go to Ft. Benning, Ga., for six months of infantry training; and Hvilsted will be sent to the Army Finance School at St. Louis, Mo., for a similar period of training in that branch. Both men are scheduled to leave for the schools in January. Only prerequisites are two years of college and one year of honorable prior military service. Both Hvilsted and Marcus are veterans of World War II. Hvilsted was born in Detroit.
Month
December
Year
1948
Rights Held By
Donated by the Ann Arbor News. © The Ann Arbor News.
Copyright
Copyright Protected
Related
Becoming Second Lieutenants