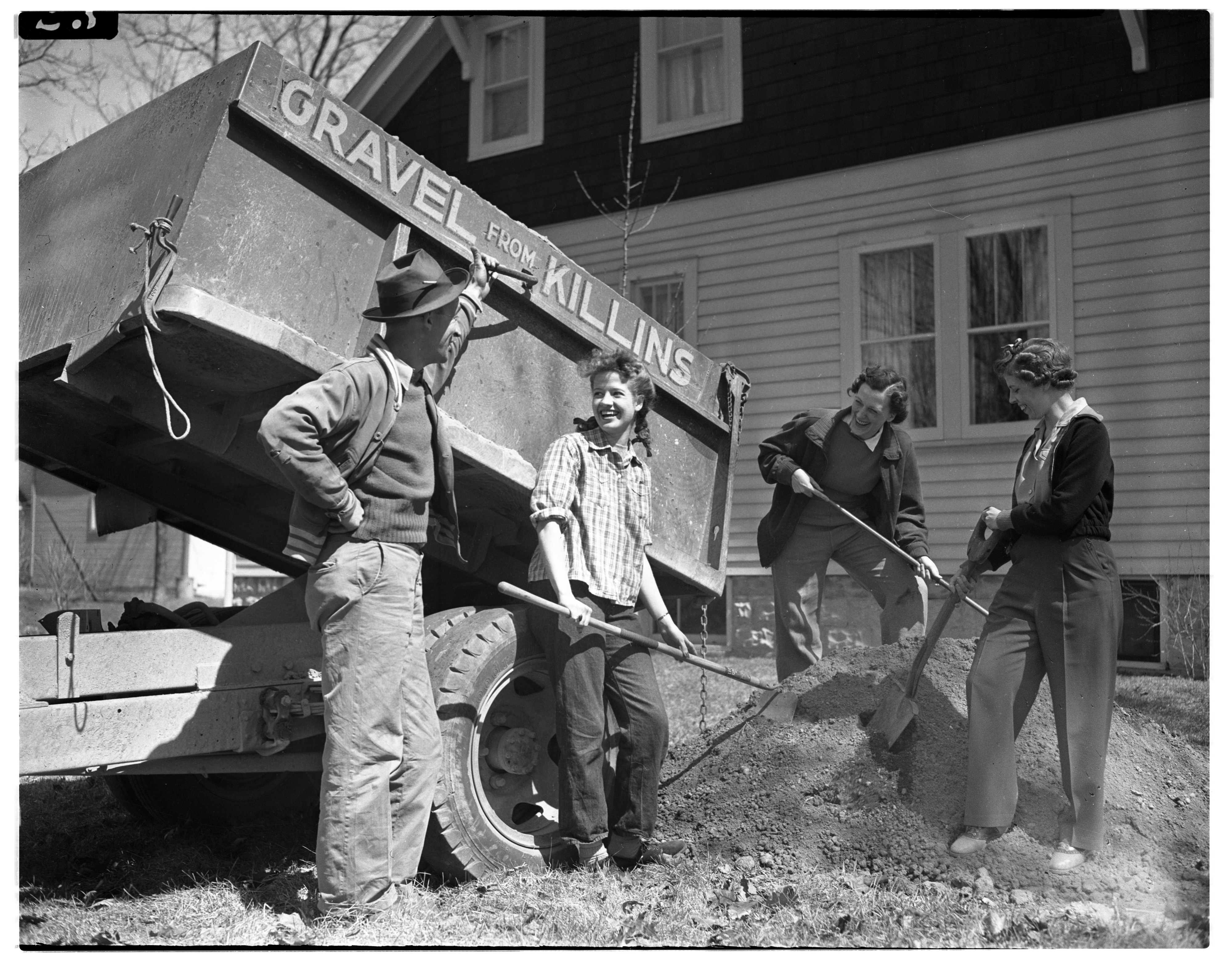 Published In
Ann Arbor News, April 4, 1943
Caption
LUCKY WAR GARDENERS GET LOAD OF TOP SOIL: Four Ann Arbor War Gardeners in the 800 block of Pauline Blvd. are getting an extra good start toward successful vegetable growing this summer. The four were given a load of top soil by the Killins Gravel Co. through a contest sponsored by the Neighborhood War Garden Committee. Three of the four gardeners who will divide the prize are shown above a Killins Co. truck which delivered the dirt. They are, from left to right, Mrs. Stuart Davis, Mrs. S. P. Tracey and Mrs. Clarence ?? Kenneth Wagner is the truck driver. The fourth winner, Mrs. Andrea Gust, was not present when the picture was taken.
Month
April
Year
1943
Rights Held By
Donated by the Ann Arbor News. © The Ann Arbor News.
Copyright
Copyright Protected