Front page of the May 7, 1915 issue of The Daily Times News with headline about the sinking of the Lusitania, October 1966 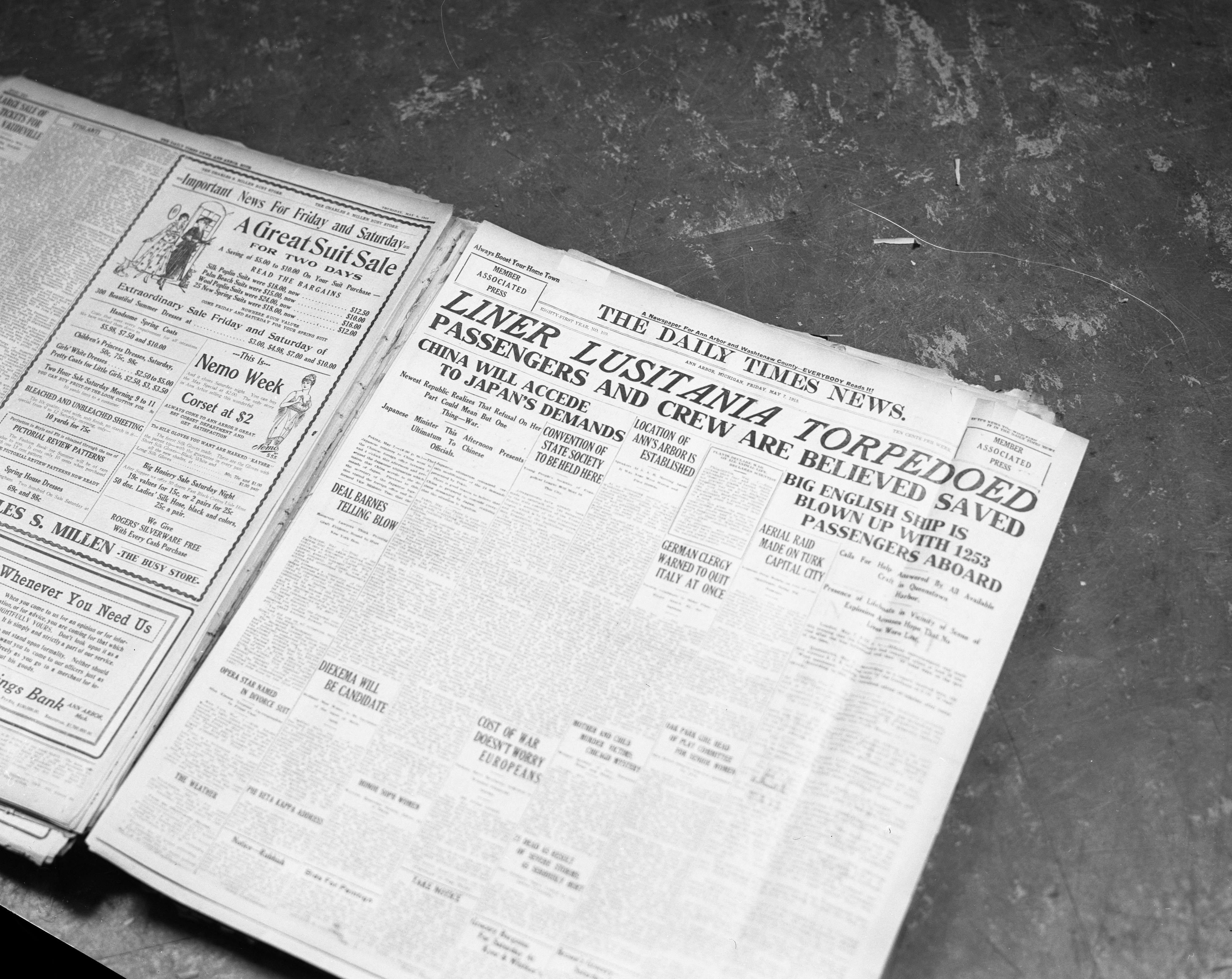 Published In
Ann Arbor News, October 10, 1966
Caption
Headline Of Long Ago: As a feature of National Newspaper Week, October 9-15, The News is presenting some of its old front pages carrying news stories which made history. The May 7, 1915, edition above recalls the "Lusitania Incident" of World War I. Although the United States did not enter the war until two years later, the loss of 114 American lives in the sinking of the Lusitania by a German submarine inflamed public opinion on the side of the Allies. As noted by the headline, first reports were the no lives were lost. Other headlines show that war news had "taken over" the front pages, although it is reassuring to note that as early as half a century ago the "location of Ann Arbor" was established.
Month
October
Year
1966
Rights Held By
Donated by the Ann Arbor News. © The Ann Arbor News.
Copyright
Copyright Protected