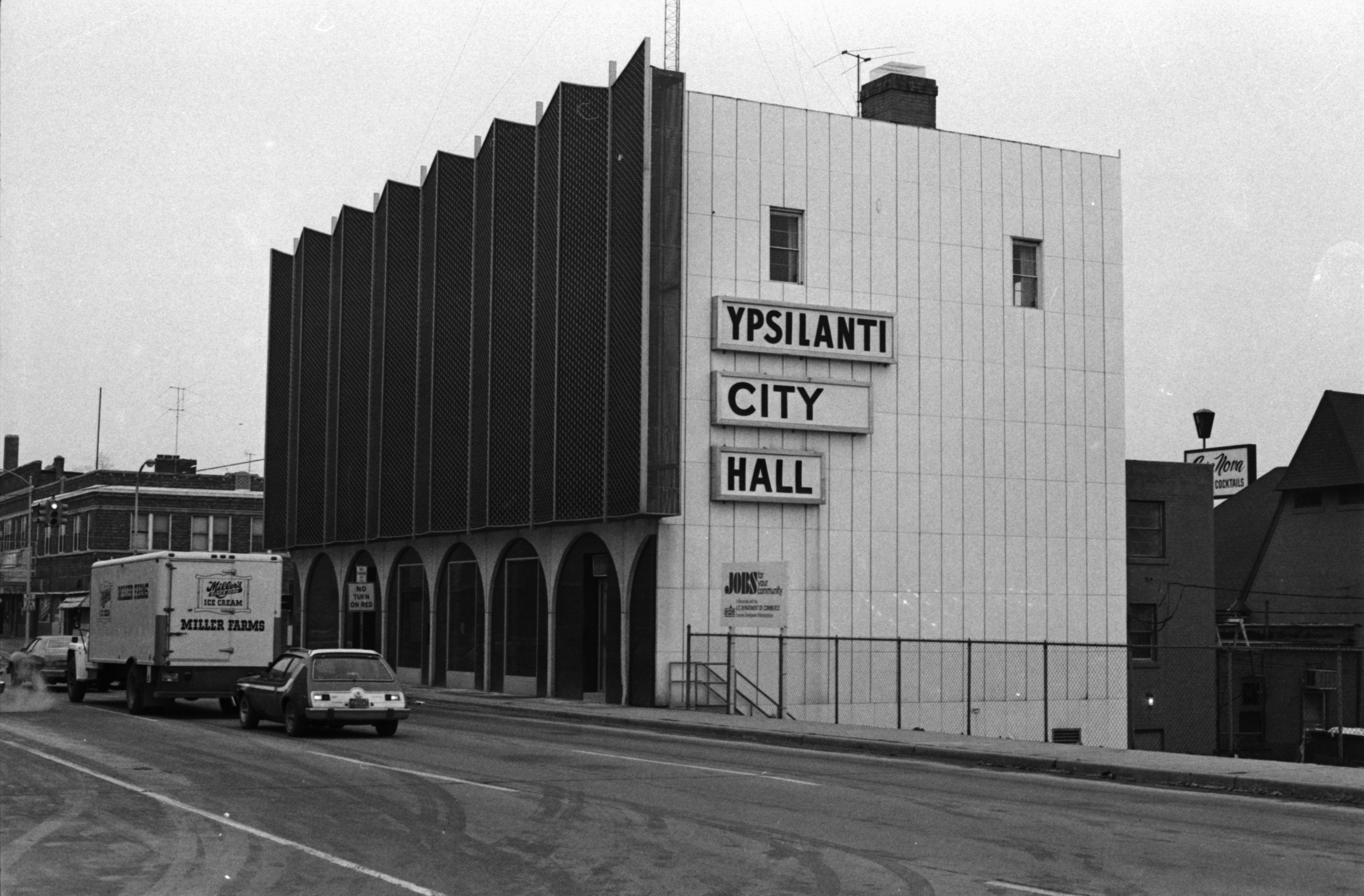 Published In
Ann Arbor News, January 3, 1978
Caption
Caption: Your Choice- It's a little harder to fight city hall in Ypsilanti than it is in most other Michigan cities. For one thing, you have to choose which city hall to fight. There are two of them, both with signs. City Manager Stephen Shutt (right) promises to have that number reduced by one very shortly. City offices are to move from the old city hall (below), to the new one at One S. Huron [this photo] this spring. (Staff photos by Larry E. Wright)
Month
January
Year
1978
Rights Held By
Donated by the Ann Arbor News. © The Ann Arbor News.
Copyright
Copyright Protected