Firefighters At The Scene Of A Fire At The Embassy Hotel, December 1974 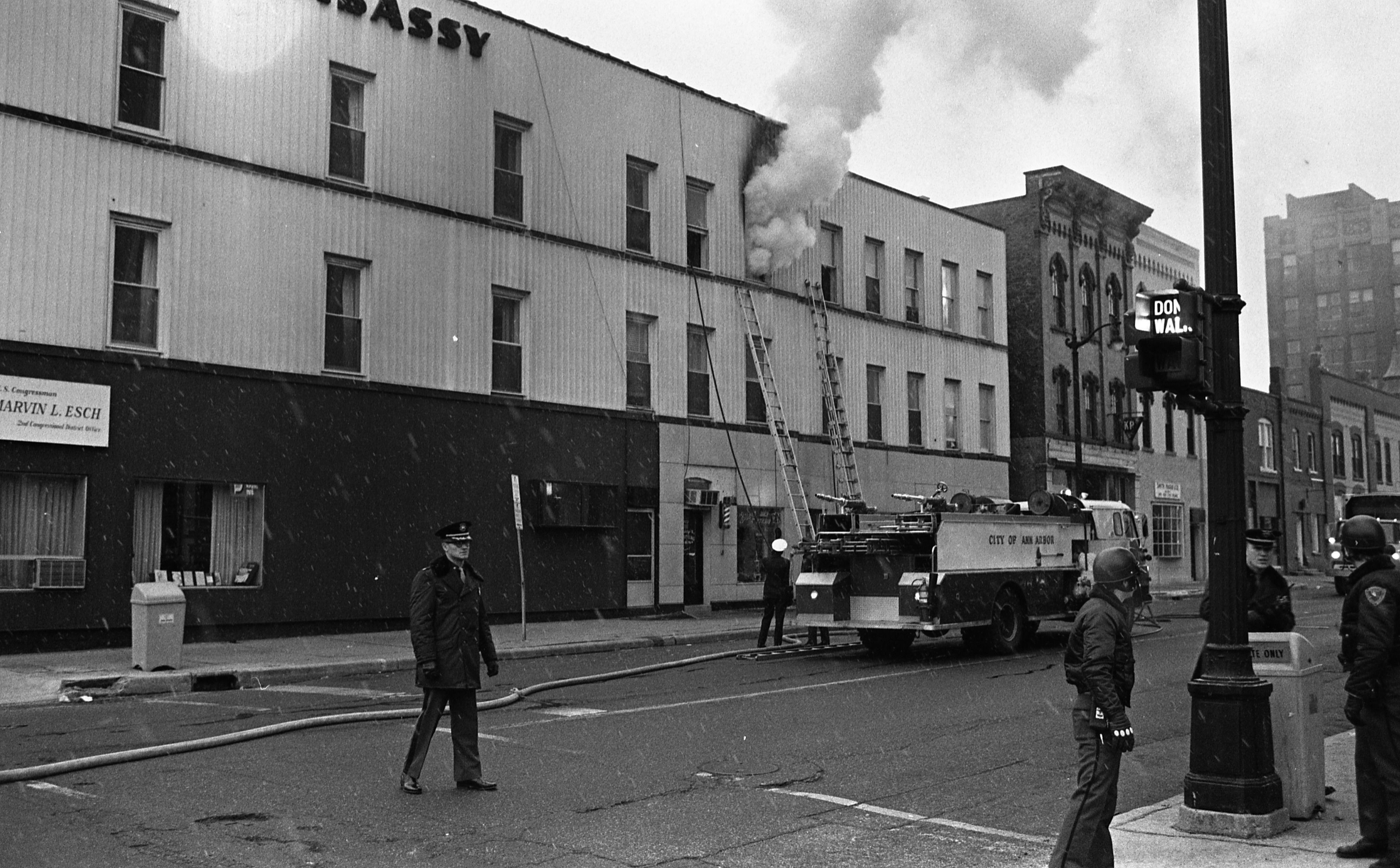 Published In
Ann Arbor News, December 31, 1974
Caption
Fourteen tenants of downtown Ann Arbor's Embassy Hotel were forced to evacuate their rooms early today as fire destroyed a third floor bedroom. Fire officials said damage was confined to the room where the fire started and smoke and water damage were minimal. Several businesses and the Ann Arbor office of U.S. Rep. Marvin L. Esch, on the main floor at Huron and S. Fourth Ave., suffered no damage. Although two men living in the burned out room lost most of their personal belongings in the blaze, officials said most residents probably can move back later today. Officials have not determined the cause of the fire. City police blocked off streets surrounding the hotel for the hour that firefighters were at the scene.
Month
December
Year
1974
Rights Held By
Donated by the Ann Arbor News. © The Ann Arbor News.
Copyright
Copyright Protected
Related
Hotel Fire Doused