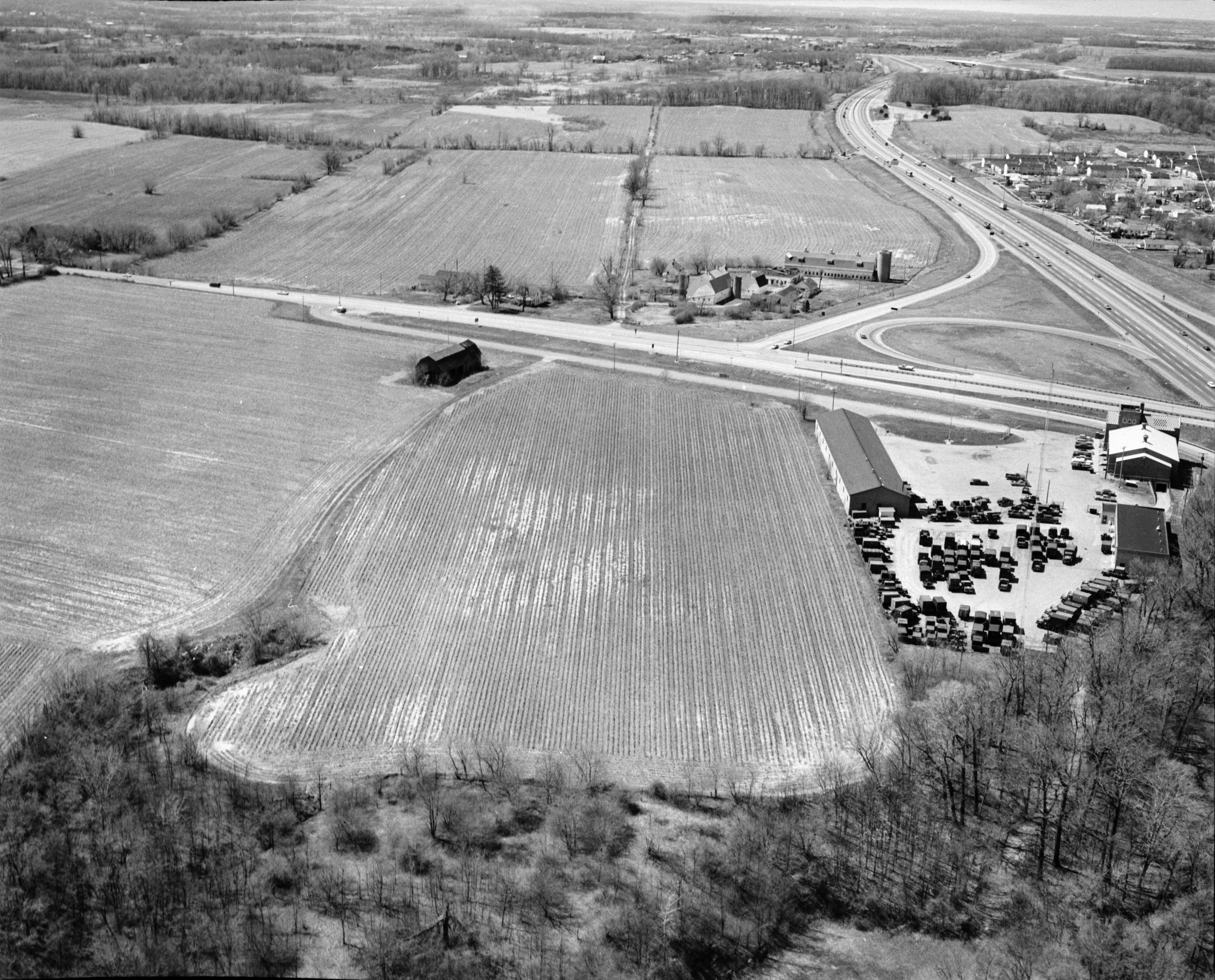 Published In
Ann Arbor News, April 18, 1978
Caption
Where Theme Park Would Go: This aerial view of Whittaker Road, center of picture, and I-94, upper right, shows the farmland site for the proposed $40-million "Space World" amusement park in Ypsilanti Township. The first phase of the park, which could be completed in 1980, will be located on the west side of Whittaker Road, shown in the upper center of the picture where the barn and silo are now visible. Later phases, to be finished over a 10-year period could be built on the land shown in the lower portion of the picture. The photograph, taken by News Chief Photographer Cecil Lockard, is facing west across Whittaker Road.
Month
April
Year
1978
Rights Held By
Donated by the Ann Arbor News. © The Ann Arbor News.
Copyright
Copyright Protected
Related
Space World Backers Detail Plans