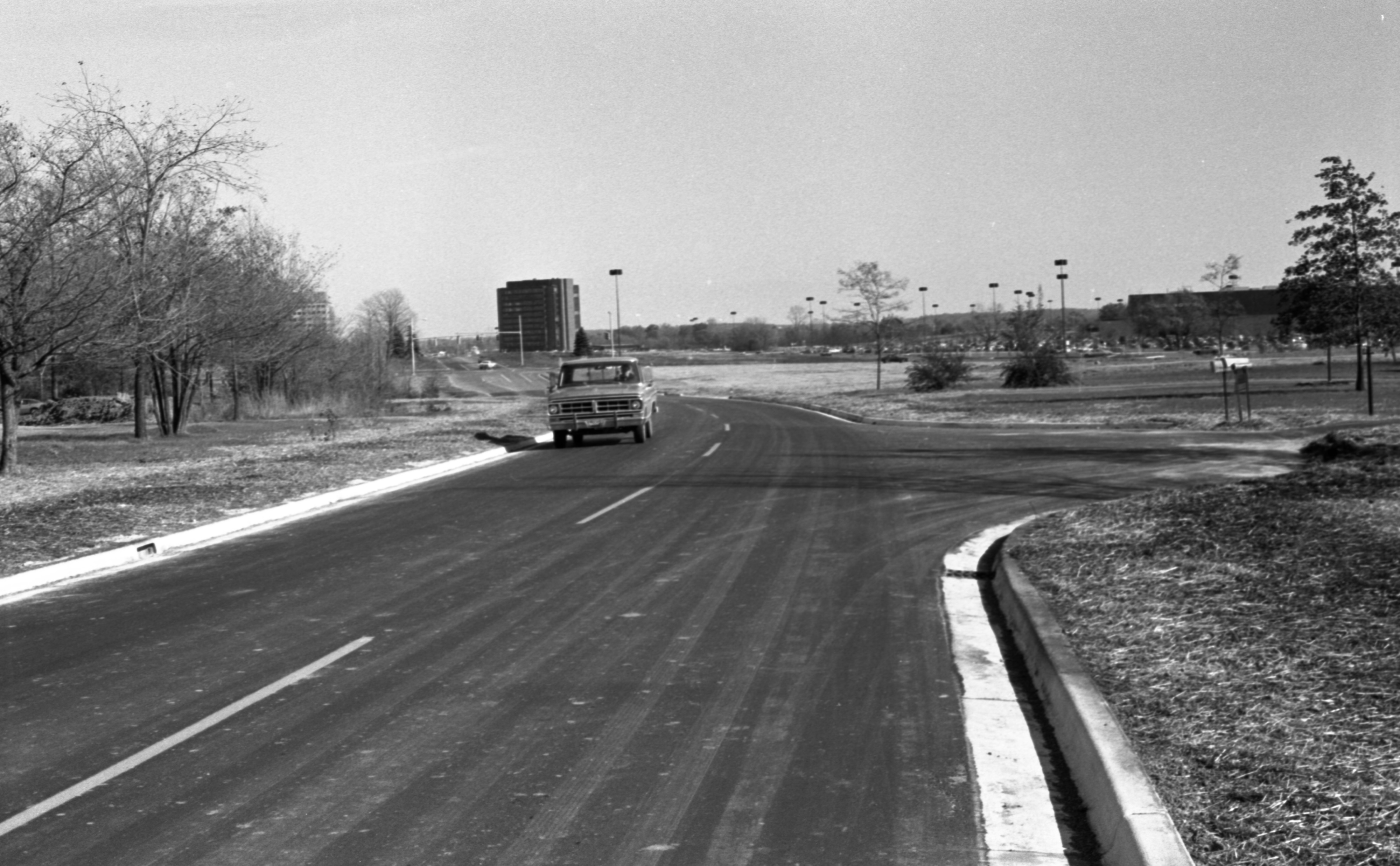 Published In
Ann Arbor News, October 24, 1974
Caption
Another portion of Eisenhower Parkway has been opened. The photo shows a portion of the new two-lane section, which runs from the intersection of Main, west of Saline-Ann Arbor Rd. In the right background is a portion of the Briarwood Shopping Mall parking lot. In the background is the 11-story Wolverine Tower office building. No specific timetable has been set for any more portions of Eisenhower Parkway, including the additional northern two lanes between State and Saline-Ann Arbor Rd. to match the four-lane portion between State and Packard.
Month
October
Year
1974
Rights Held By
Donated by the Ann Arbor News. © The Ann Arbor News.
Copyright
Copyright Protected
Related
More Parkway