The Ramones at Schoolkids' Records, October 5, 1981 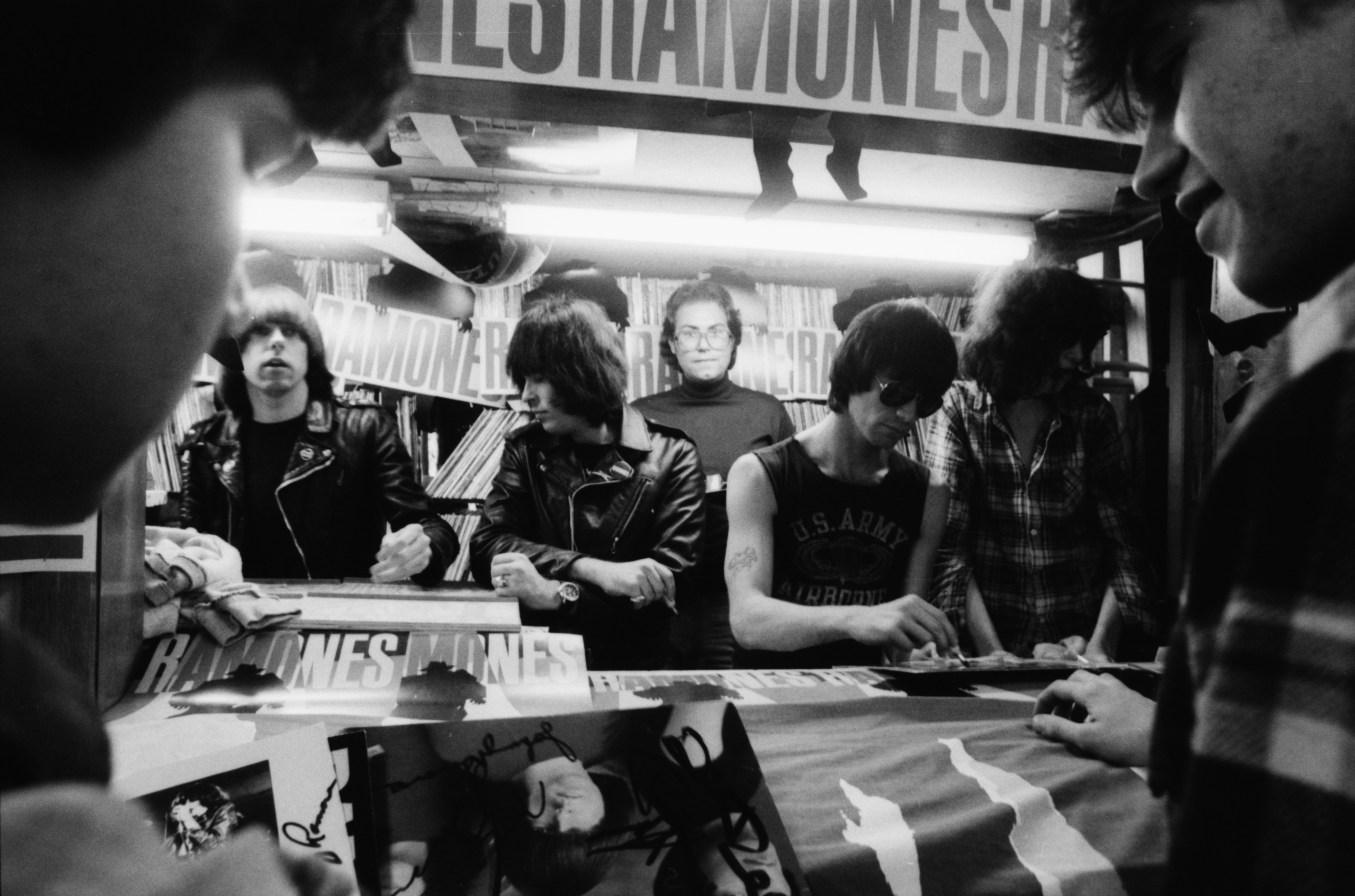 Published In
Ann Arbor News, October 6, 1981
Caption
Rock 'n roll autographs... It was 1975 when the rockers, the Ramones, made their debut on the American music scene. On Monday afternoon, they debuted at Schoolkids' records at 523 E. Liberty to sign a few autogaphs. The Ramones brought their sound to The Second Chance Monday night, a sound which band member Joey Ramone says appeals "to a broad range of ages ... because we still play old-style rock, not mush." Above, the Ramones put their signatures on albums and, inset, on a T-shirt.
Month
October
Year
1981
Rights Held By
Donated by the Ann Arbor News. © The Ann Arbor News.
Copyright
Copyright Protected