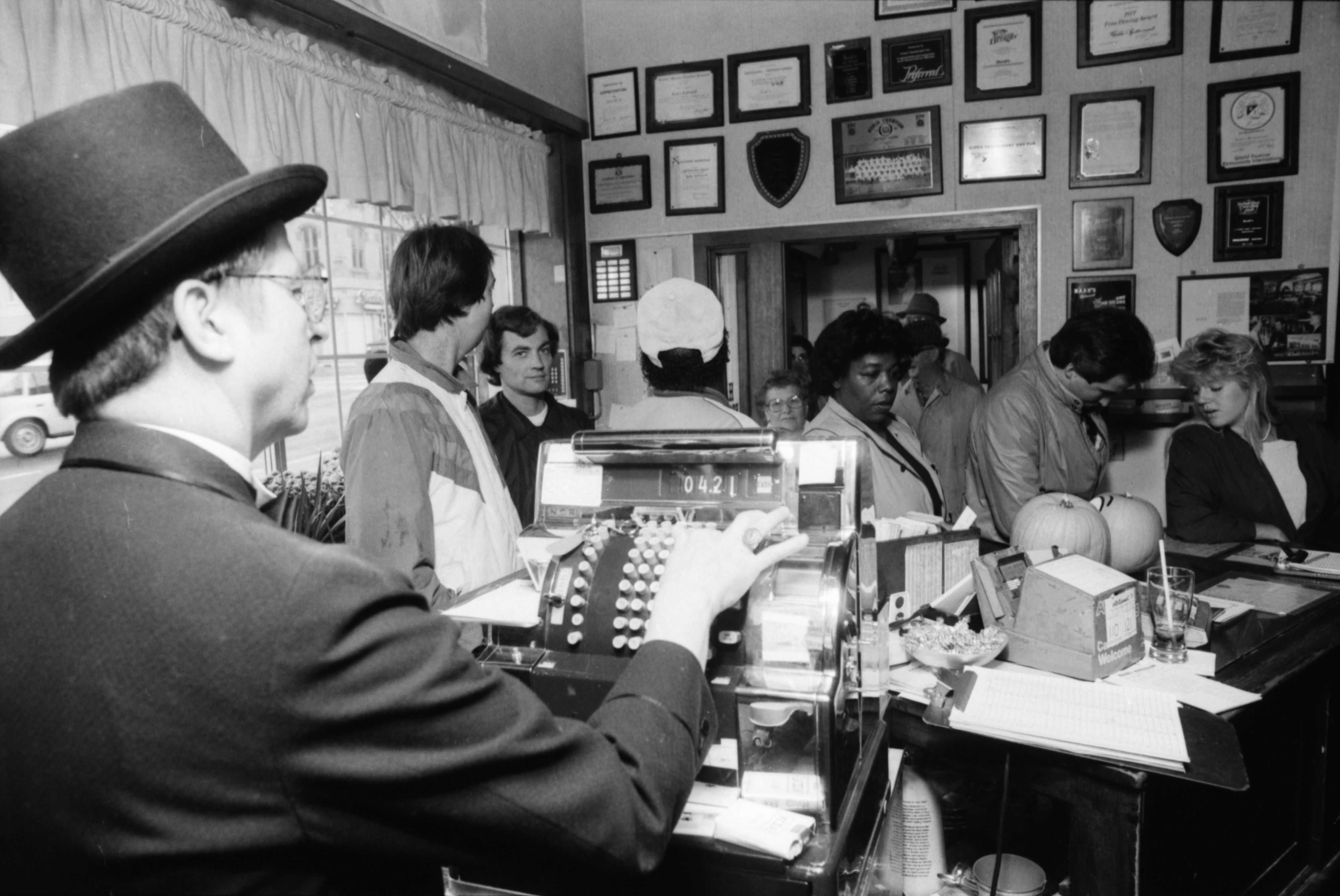 Published In
Ann Arbor News, October 18, 1988
Caption
OLD FASHIONED PRICES -- Folks line up for modern food at 1934 prices in Ypsilanti at Haab's 8th annual "thank you" to the community. Below, a co-owner Mike Kabat rings up a total of $4.21 for a 5 person lunch. A torrential downpour on Monday night made only a small dent in the crowd that flocked to the restaurant for the anniversary dinner. A total of 1,594 people took advantage of the rolled back prices. Chicken dinners sell for 50 cents, while barbecue sandwiches are sold for 25 cents. 1,210 chicken dinners were sold along with 113 barbecue sandwiches. The average diner spent $1.18 on a meal, because beverages, cocktails and other food items were at regular prices. That's the good news. The bad news is that the Depression era prices were only good Monday.
Month
October
Year
1988
Rights Held By
Donated by the Ann Arbor News. © The Ann Arbor News.
Copyright
Copyright Protected