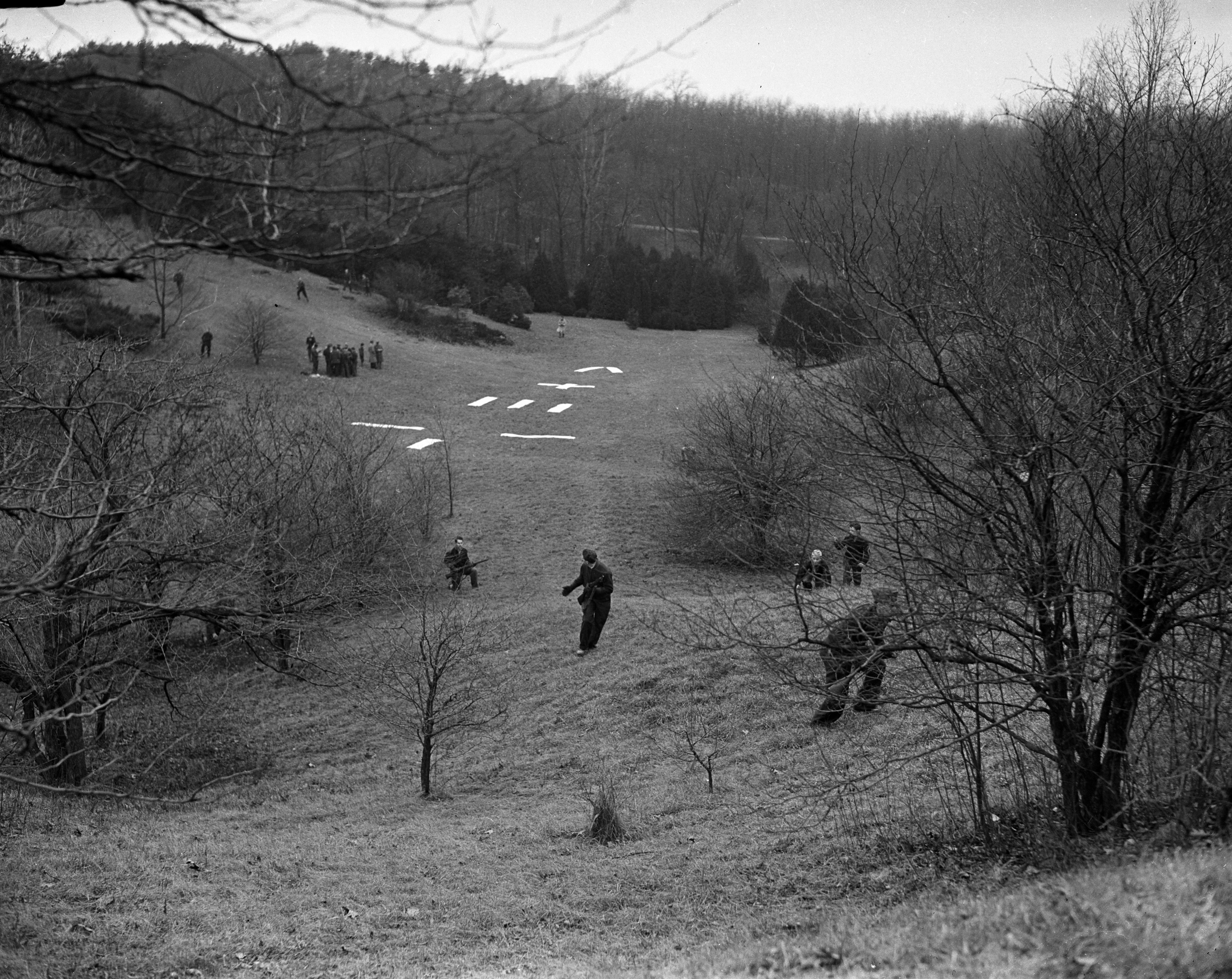 Published In
Ann Arbor News, March 23, 1942
Caption
MOCK WAR STAGED MINUS PLANE: University ROTC students staged a mock war in Nichols Arboretum Saturday, despite the fact that the "battle" did not go off as scheduled. The white marks on the ground in the picture above are strips of cloth arranged as signals to an airplane, which was supposed to drop bags of flour as "bombs" on defending troops. The plane did not appear, however, the flight having been cancelled because of high winds. About 100 men, who will take charge of manned spring maneuvers, participated in the drill.
Month
March
Year
1942
Rights Held By
Donated by the Ann Arbor News. © The Ann Arbor News.
Copyright
Copyright Protected