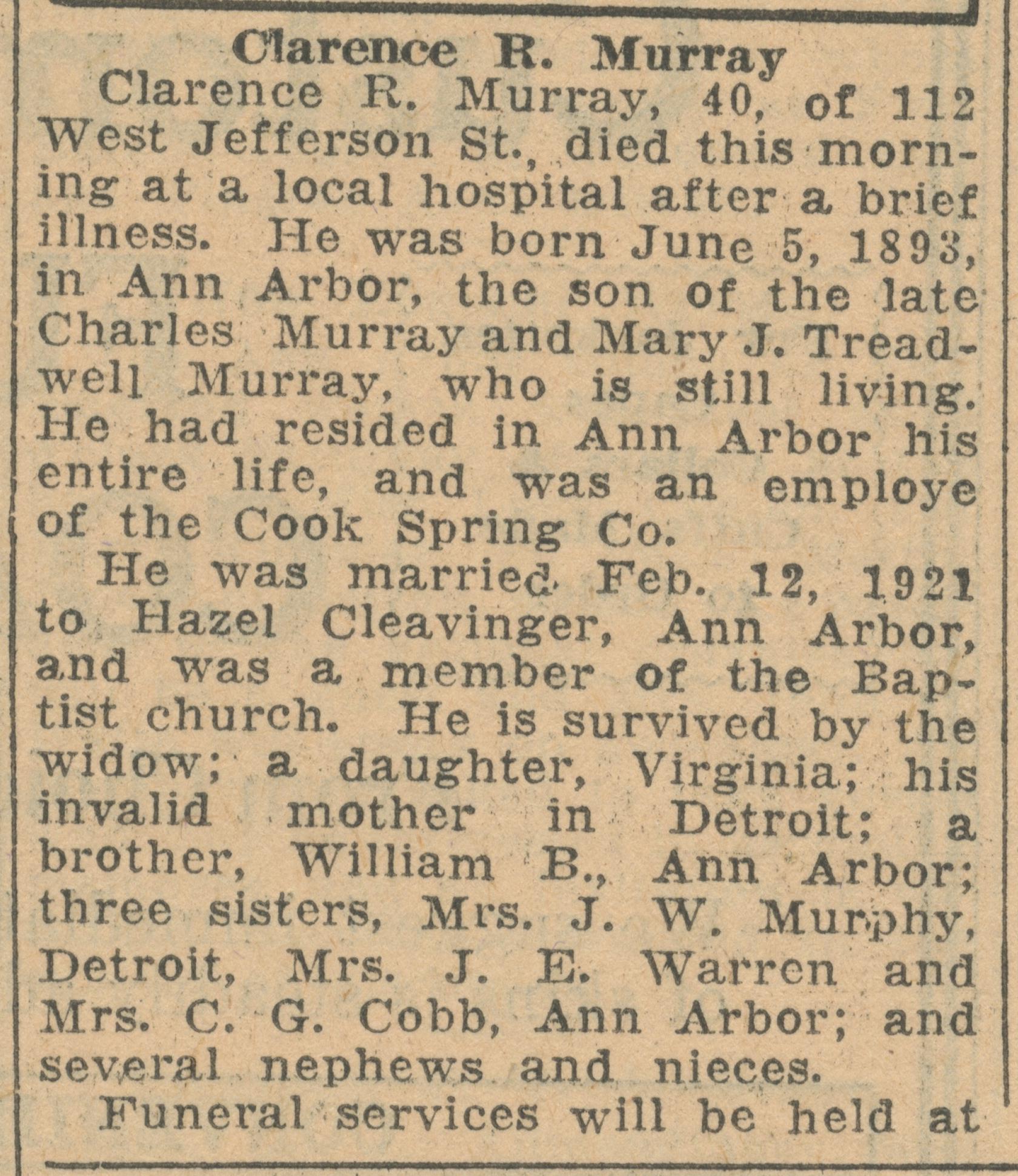 Clarence R. Murray, 40, of 112 West Jefferson St. died this morning at a local hospital after a brief illness. He was born June 5, 1893, in Ann Arbor, the son of the late Charles Murray and Mary J. Treadwell Murray, who is still living. He had resided in Ann Arbor his entire life, and was an employe of the Cook Spring Co.
He was married Feb. 12, 1921 to Hazel Cleavinger, Ann Arbor, and was a member of the Baptist church. He is survived by the widow; a daughter, Virginia; his invalid mother in Detroit; a brother, William B., Ann Arbor; three sisters, Mrs. J. W. Murphy, Detroit, Mrs. J. E. Warren and Mrs. C. G. Cobb, Ann Arbor; and several nephews and nieces.
Funeral services will be held at 3:30 Saturday afternoon at the Muehlig chapel, Rev. R. Edward Sayles will officiate. Friends may call at the chapel.