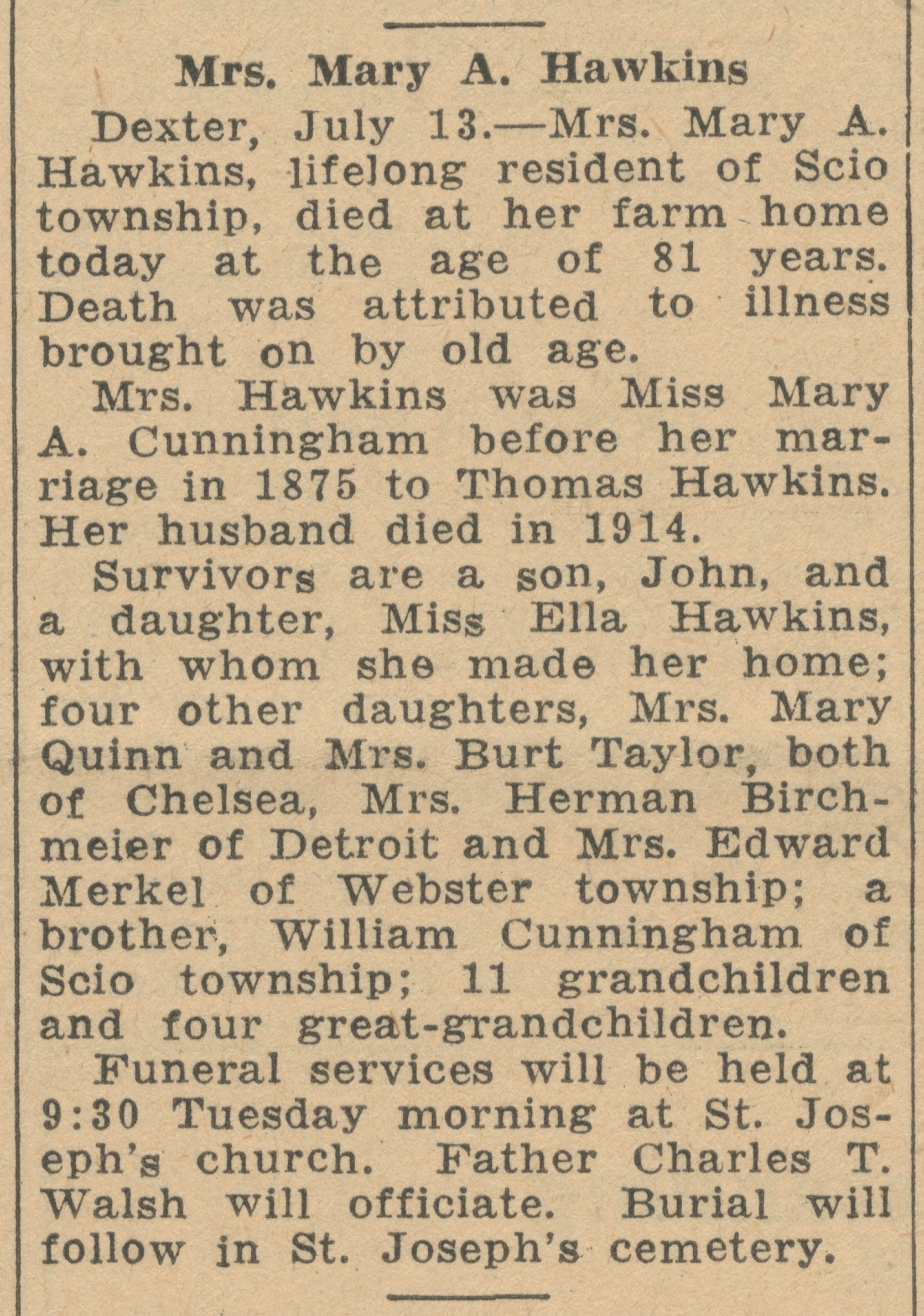 Dexter, July 13. - Mrs. Mary A. Hawkins, lifelong resident of Scio township, died at her farm home today at the age of 81 years. Death was attributed to illness brought on by old age.
Mrs. Hawkins was Miss Mary A. Cunningham before her marriage in 1875 to Thomas Hawkins. Her husband died in 1914.
Survivors are a son, John, and a daughter, Miss Ella Hawkins, with whom she made her home; four other daughters, Mrs. Mary Quinn and Mrs. Burt Taylor, both of Chelsea, Mrs. Herman Birchmeier of Detroit and Mrs. Edward Merkel of Webster township; a brother, William Cunningham of Scio township; 11 grandchildren and four great-grandchildren.
Funeral services will be held at 9:30 Tuesday morning at St. Joseph's church. Father Charles T. Walsh will officiate. Burial will follow in St. Joseph's cemetery.