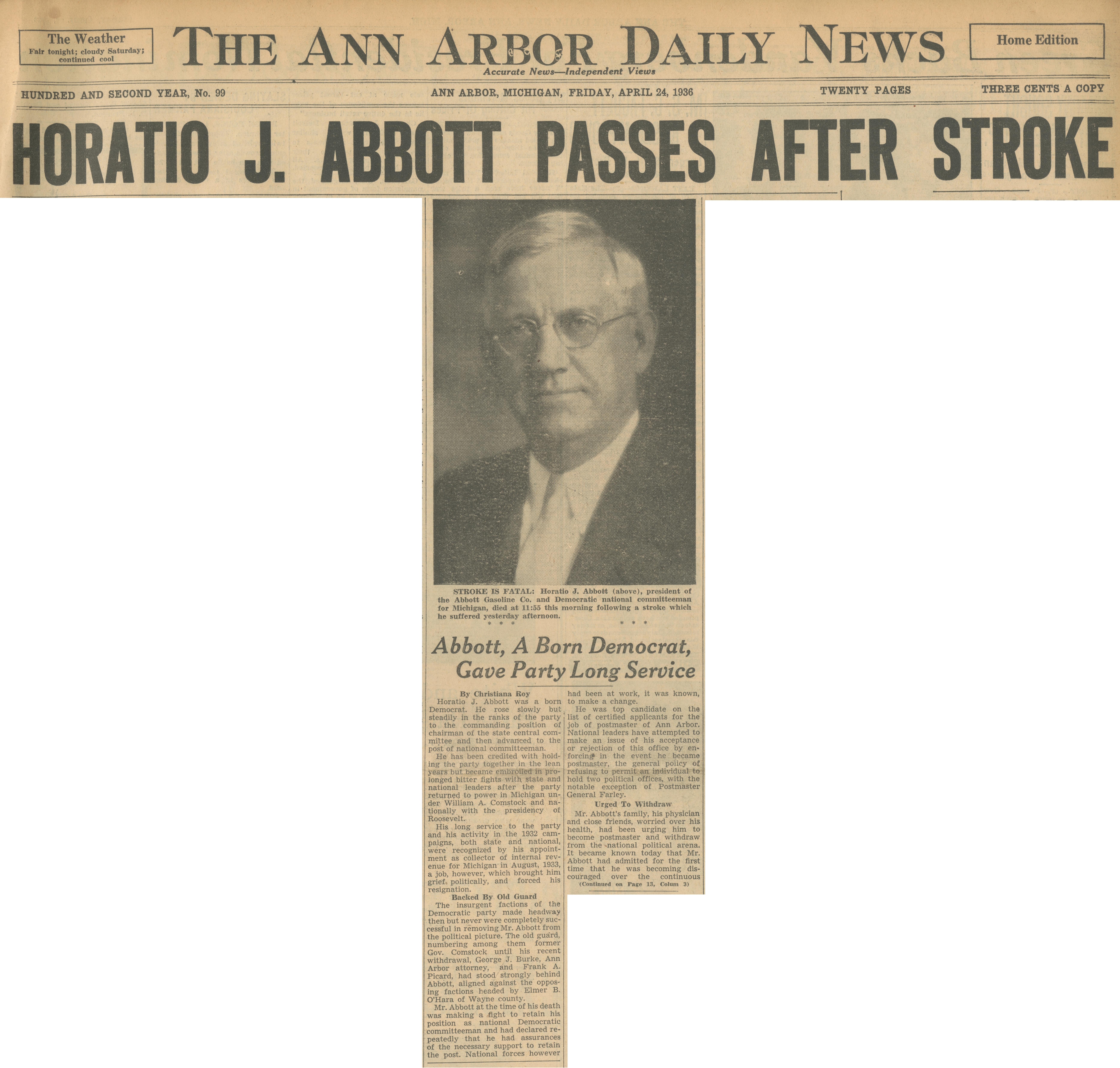 STROKE IS FATAL: Horatio J. Abbott (above), president of the Abbott Gasoline Co. and Democratic national committeeman for Michigan, died at 11:55 this morning following a stroke which he suffered yesterday afternoon.