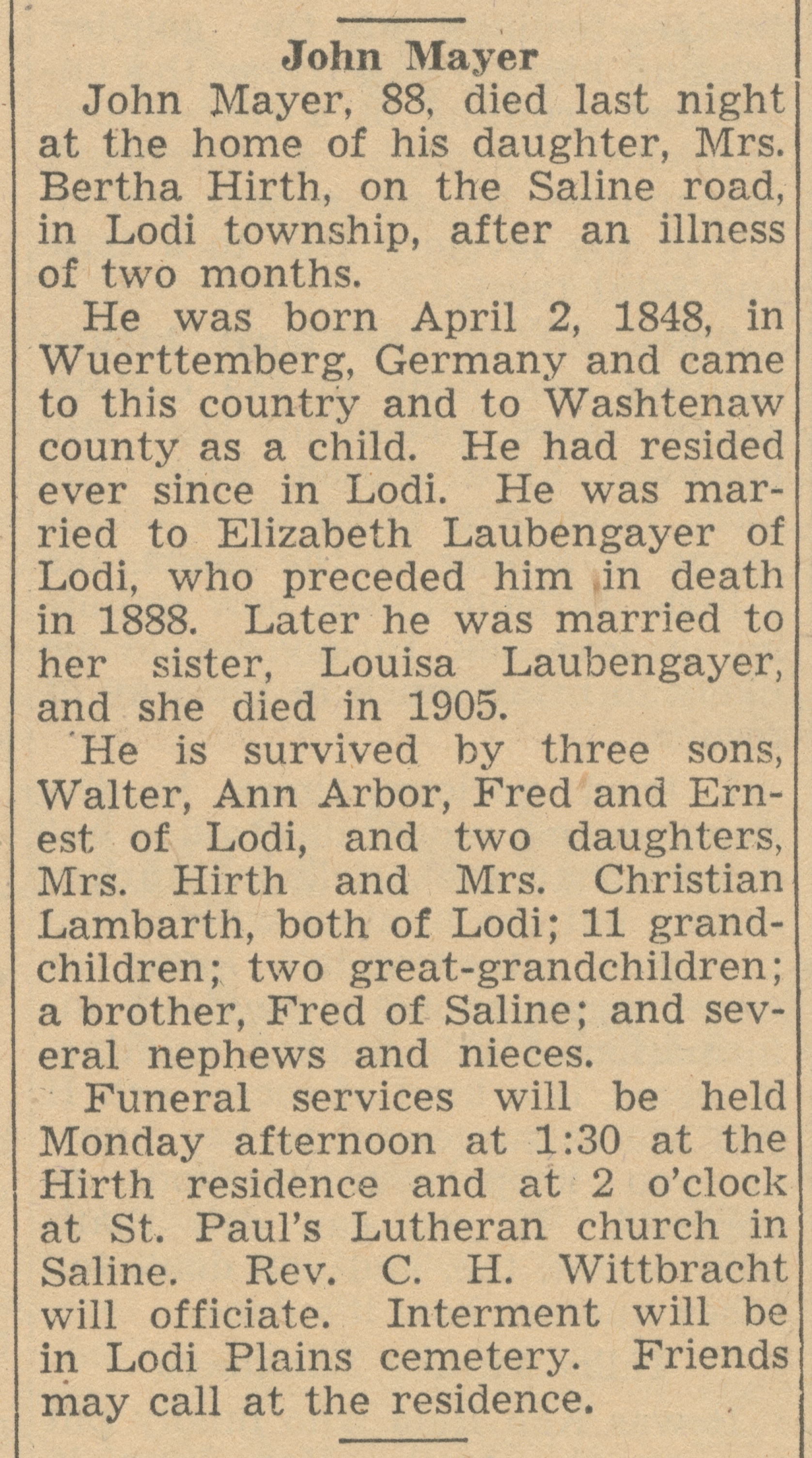 John Mayer
John Mayer, 88, died last night at the home of his daughter, Mrs. Bertha Hirth, on the Saline road, in Lodi township, after an illness of two months.
He was born April 2, 1848, in Wuerttemberg, Germany and came to this country and to Washtenaw county as a child. He had resided ever since in Lodi. He was married to Elizabeth Laubengayer of Lodi, who preceded him in death in 1888. Later he was married to her sister, Louisa Laubengayer, and she died in 1905.
He is survived by three sons, Walter, Ann Arbor, Fred and Ernest of Lodi, and two daughters, Mrs. Hirth and Mrs. Christian Lambarth, both of Lodi; 11 grandchildren; two great-grandchildren; a brother, Fred of Saline; and several nephews and nieces.
Funeral services will be held Monday afternoon at 1:30 at the Hirth residence and at 2 o'clock at St. Paul's Lutheran church in Saline. Rev. C. H. Wittbracht will officiate. Interment will be in Lodi Plains cemetery. Friends may call at the residence.